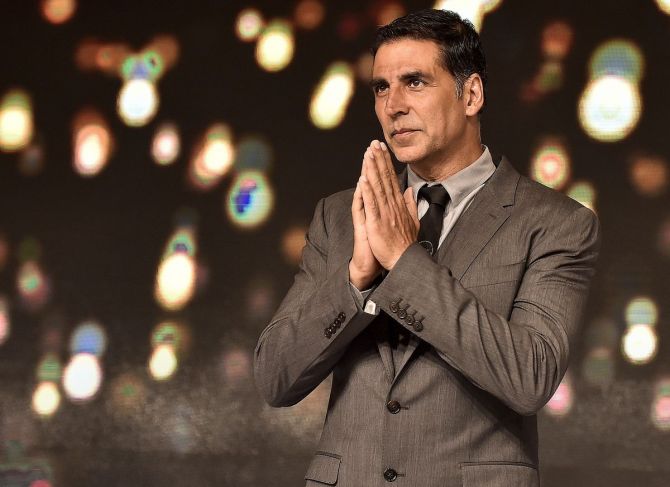 With the release of films like Sooryavanshi being pushed indefinitely and top stars Akshay Kumar, Vicky Kaushal and Bhumi Pednekar testing positive for COVID-19, the danger of halting ongoing shootings of projects looms large and so does the fear of many daily wage earners losing employment amid the surge in coronavirus cases in Maharashtra.

As 2021 appears to be a repeat of 2020, industry insiders say they are amping up safety measures, including regular RT-PCR tests, to control the spread of COVID-19 on the sets of the on-ground productions as they cannot afford to suspend filming activities.

Not just Kumar, who was shooting for Ram Setu, as many as 45 members of the film's crew have also tested positive. As a precautionary measure, the actor was admitted to a Mumbai hospital on Monday.

On the other hand, Kaushal and Pednekar were reportedly shooting for film-maker Shashank Khaitan's Dharma Productions film Mr Lele.

According to the Brihanmumbai Municipal Corporation's updated data, 9,857 new cases took the tally of COVID-19 cases in Mumbai to 462,302 on Monday.

"It is a stressful time for all of us. Major productions have been affected, from Akshay's Ram Setu, Dharma Productions' Mr Lele to Sanjay Leela Bhansali's Gangubai Kathiawadi. The entire shooting slate has been affected. Everyone is now cautious, but clueless," Dubey told PTI.

On March 30, 18 unit members of the reality show Dance Deewane had contracted COVID-19, forcing the makers to halt the shoot for a week. 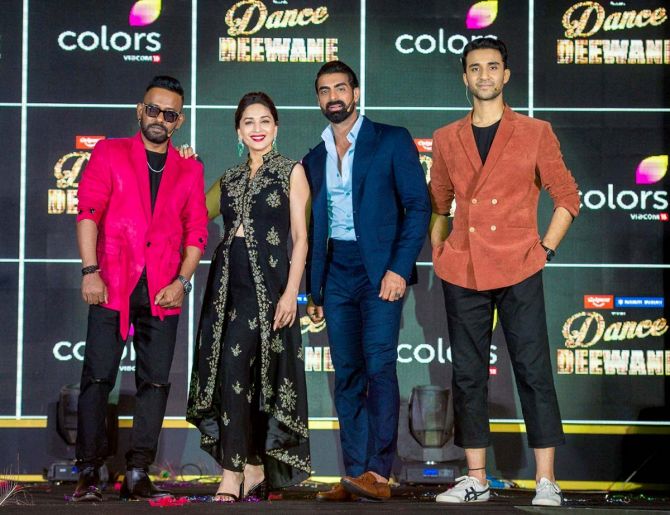 According to Dubey, one of the reasons for the rising numbers in film crews is extensive testing before a shoot.

Producers are ensuring the daily wage workers are paid, even if they have tested positive and are under home quarantine, he added.

"The federation will step in to help too, along with the Junior Artistes Association if the need arises," Dubey said.

For now, the show seems to be going on as filming of two movies, produced by Balaji Telefilms -- Goodbye starring Amitabh Bachchan and Rashmika Mandanna, and Mohit Suri's Ek Villain Returns -- is on track with more stringent safety protocol.

Ruchikaa Kapoor Sheikh, Creative Producer, Balaji Telefilms, said the health of the cast and crew is paramount for the banner.

"Ever since the COVID-19 breakout happened, we've cut down on the crew strength and have strictly been adhering to the safety norms prescribed by the government for shooting," she told PTI.

Victorian D'Souza, health and safety officer, Momentum India, has been on sets of some projects for streamers like Netflix and Disney+ Hotstar since the pandemic broke out last year.

"We are well versed with every kind of risk management. We ensure the location is safe and worthy of operational, SOPs are met without compromising on anything," D'Souza told PTI.

As per protocol, the health officer said it is mandatory for everyone who enters the set to have an RT-PCR (Reverse Transcription Polymerase Chain Reaction) report, in addition to getting their oxygen level, pulse and temperature checked.

"If the shooting starts at 9 am we arrive two hours before to sanitise the entire set. We ensure all those who go close to the director and main artistes wear PPE kits," he said.

Asked what could be the reason for the surge in cases despite following guidelines, D'Souza said loopholes in measures taken by the cast and crew in personal capacity and regular RT-PCR testing on location can be some of the plausible answers.

"Most of the senior artistes and director travel by their own cars, while the other crew members travel by local transport, this could be the beginning of COVID-19. Also, regular RT-PCR test is conducted which is good and because of that more cases are being reported," he said.

The shoot for two of the most talked about films -- the Shah Rukh Khan-starrer Pathan and Salman Khan's Tiger 3 -- is also underway as per government mandated safety precautions, sources close to the projects told PTI.

Production house T-Series currently has Prabhas and Saif Ali Khan's Adipurush on the floors in the city.

Vinod Bhanushali, co-producer of several T-Series films, said the team is following all the necessary precautions.

The shoot of Bhool Bhulaiyya 2 came to a halt after Kartik Aaryan was diagnosed with COVID-19. Aaryan tested negative for the virus on Monday.

"Adipurush shoot is happening smoothly. It is a special effects film so we are doing chroma shoot, where not many people are required," Bhanushali told PTI.

In these testing times, everyone is looking out for each other.

"The artistes are worried, but hopeful. We cannot afford the shootings to stop. All of us are taking this seriously," Dubey said.

Last year in March, to contain the pandemic, film bodies in India including FWICE and theIndian Film & Television Directors Association had decided to put shootings of films, television shows and web series on hold.

In May 2020, the Maharashtra government allowed the shooting of films, television serials and web series with certain conditions to contain the spread of the coronavirus.