Surrounded by family, one last time...

After Bollywood and her fans paid their last respects to Sridevi, it was time for her to make her final journey.

Draped in the Tricolour, the actress was taken in an open bus, decorated with white flowers to the Seva Samaj Crematorium, Vile Parle, north west Mumbai.

Her film-maker husband Boney Kapoor, stepson Arjun Kapoor and other family members were with the body as it left the building.

As crowds mobbed the vehicle -- with some climbing on trees and clambering on gates to get a better look -- Arjun requested them with folded hands to let the funeral procession pass through.

Large crowds followed the bus, as it snaked its way slowly to the crematorium. 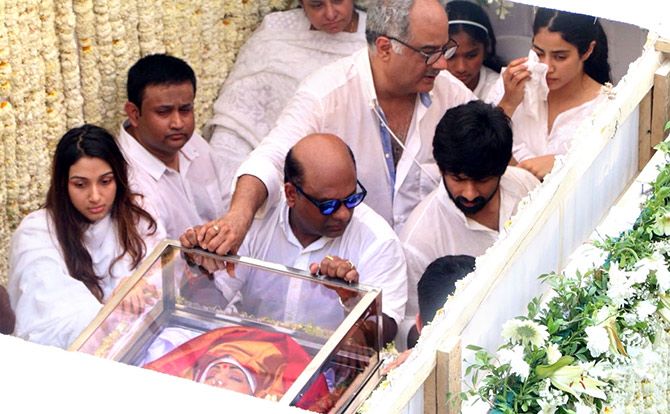 Janhvi Kapoor, Sridevi's elder daughter, is inconsolable as her dad Boney Kapoor looks out for her. 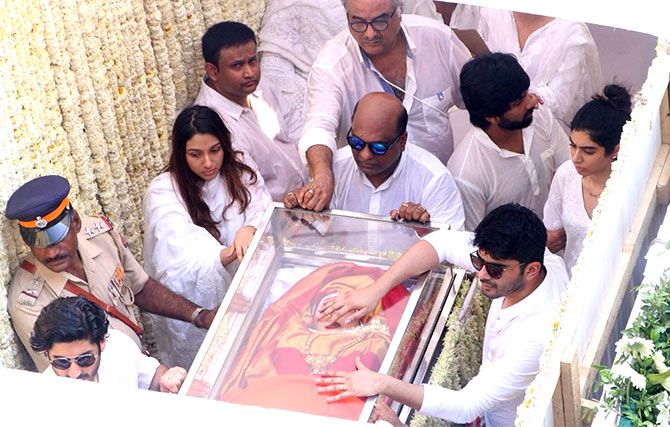 Khushi Kapoor, Sridevi's younger daughter, right, with cousin Akshay Marwah next to her. 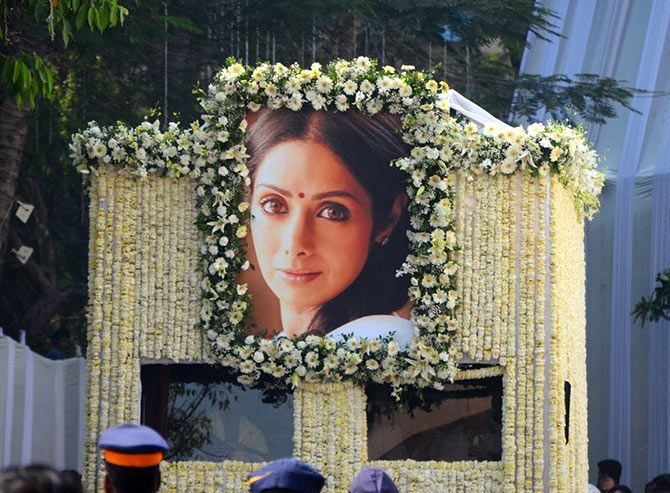 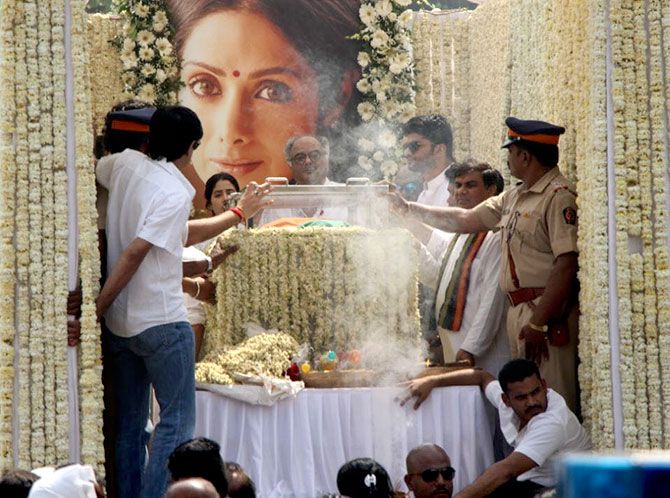 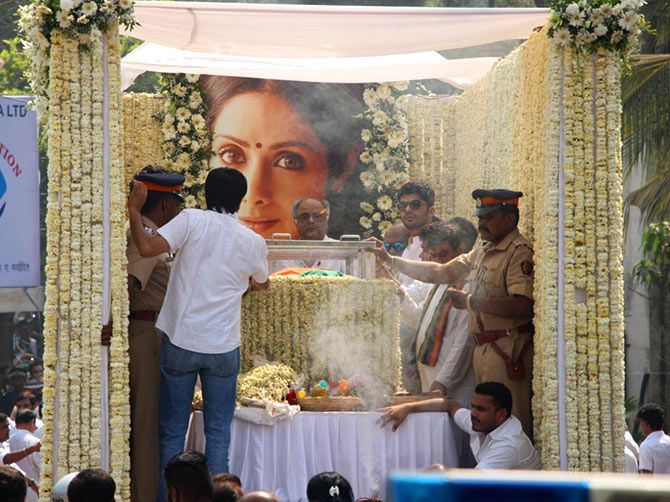 Next to Boney is nephew Akshay Marwah. Mohit Marwah, Arjun Kapoor and Anil Kapoor were also in the bus. 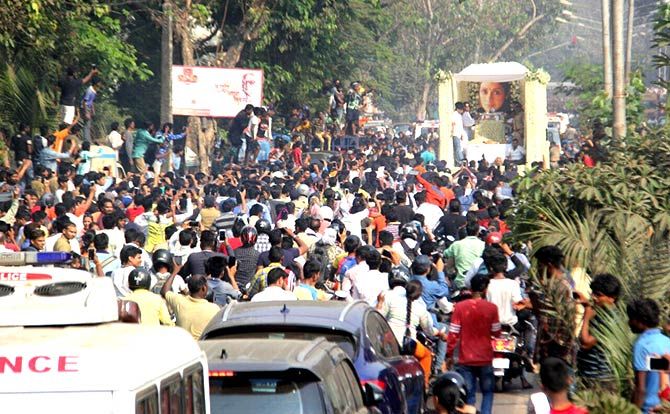 The cortege took one hour 40 minutes to reach the crematorium. Nearly 200 policemen were present at the venue to keep the crowds in check.