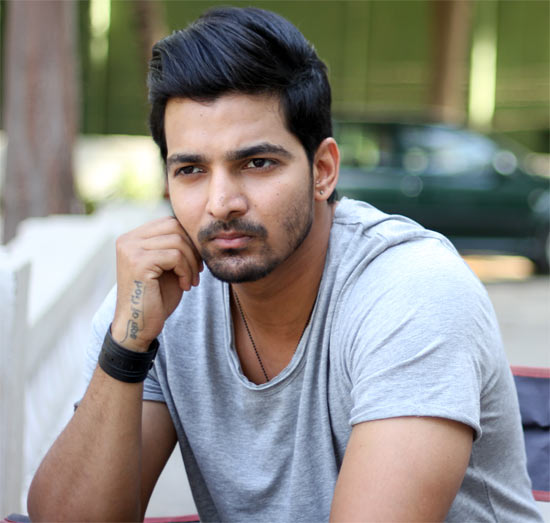 After the suspense thriller Avunu, Harshvardhan Rane is acting in Prema Ishq Kadal directed by Pawan and produced by Lucky Media.

The story is about three different guys, and Harsh is one of the leads. Vitika is cast opposite him. Vishnu and Harish play the other roles.

“I play a rock star in the film. My character is called Randhir (Randy) and I’m also a coffee shop owner. These coffee shops are a big trend today and close to the youth. People are also into music, so the character is close to today’s youth,” says Harsh in this exclusive chat.

Shooting for Prema Ishq Kadal has just begun and Harsh is excited about his new look in it.

“Sandy, my hair stylist, came up with this. It’s a totally new look. I have never gone in for a typical look in my earlier films Thakita Thakita, Naa Ishtam or Avunu. It took me almost a week to finalise the look for this rock star character. On the first day, styling my hair took more time than styling the heroine’s!”

Since he’s a rock star, he has to play the guitar. “I know the basics of the acoustic guitar; I’m learning to play the electric one now.

“The story is sweet with a lot of entertainment. I know the team behind the project. Director Pawan was involved with the short film Infinity that I did. The DOP Karthik Ghattamaneni shot Infinity,” adds Harsh who is currently shooting scenes in a coffee shop on a set erected for the purpose.