Vedalam is a total commercial entertainer 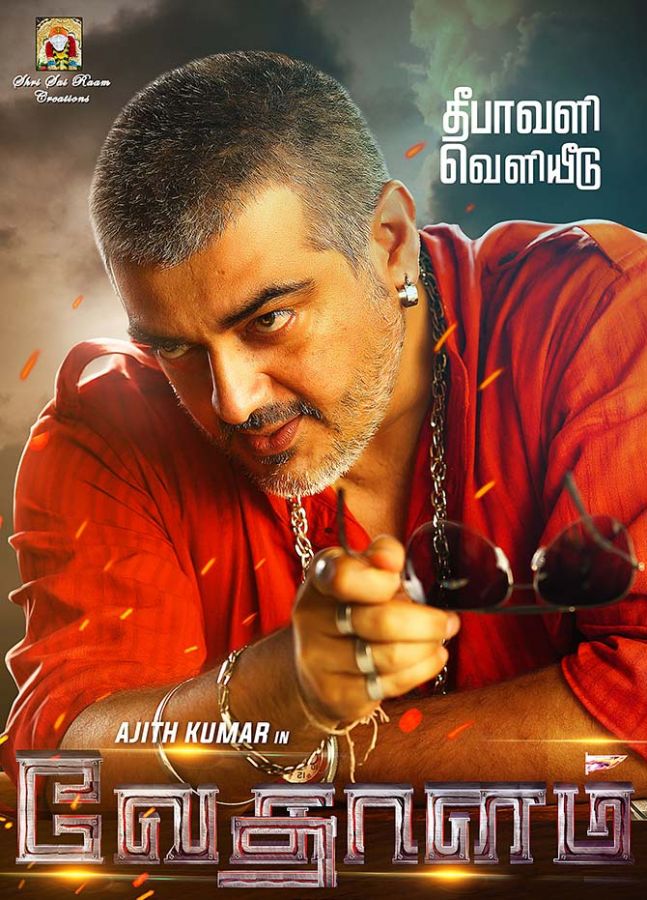 After the success of Veeram last year, director Siva and actor Ajith have teamed up together for yet another action packed potboiler, titled Vedalam.

Set against the backdrop of a loving brother-sister relationship, the film revolves around one man’s mission to take down an international flesh trade racket.

Ajith is portrayed as a beefed up, invincible superhuman, who annihilates the enemy with his brute strength. Every frame seems to worship the actor, highlighting his smile and charm, much to the delight of his fans.

Ganesh enrolls her in college and gets a job driving a taxi.

Comedy actor Soori plays his boss and there are plenty of fun moments to keep you entertained. He is totally in his elements evoking much laughter along with Shruti Haasan, who plays a young lawyer desperate to win her first case.

The director has completely ignored the romantic angle, focusing instead on the brother-sister bond.

Lakshmi Menon is perfectly cast as the loving sister. An effortless performer, she does full justice to her meaty role.  Their easy relationship is definitely a big plus for the film.

Ajith's character in the film is reminiscent of Rajinikanth in the cult classic Baasha.

Like Rajinikanth, Ajith abhors violence, but when provoked turns into a mean fighting machine that can destroy everything in its path.

The second half narrates a clichéd tear-jerking flashback that shows the National award-winning Thambi Ramaiah in a significant role.  As Tamizh's blind father, he once again delivers a solid performance.

The weak links in the film are its many antagonists -- Kabir Duhan Singh, Aniket Chouhan and Rahul Dev.

Despite all the build-up, the trio seems to have absolutely no clue how to deal with Ajith.

A worthy opponent would probably have made the film more interesting.

There are many different facets to Ajith's character in the film. The transition from loving brother to dangerous killer is smooth and effortless. He appears in two completely different avatars in the first and second half, with distinctive body languages.  He also showcases his funny side.  The spontaneity with which he breaks into a jig in the middle of an intense fight scene is totally hilarious.