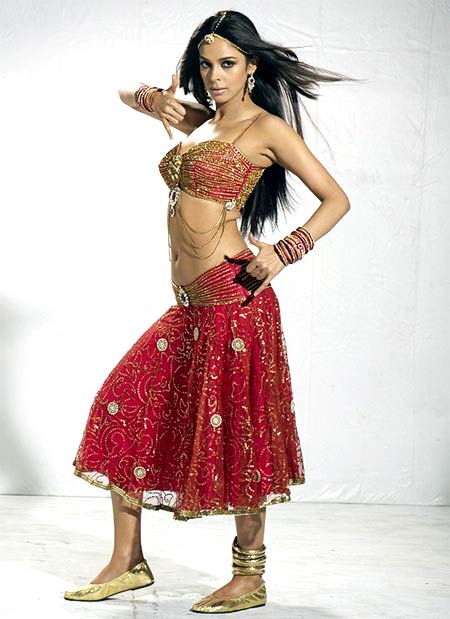 The film is now being remade in Tamil and is titled Osthe.

The filmmakers had a really tough time finding their own Munni. Finally, they zeroed in on Mallika Sherawat for the Tamil version.

The Tamil version of the chartbusting song Munni Badnam Hui has become Kalasala Kalasala.  L R Easwari, who is known as the Asha Bhosle of south films, was roped in to sing the song. Easwari belongs to the P Susheela-S Janaki era and now she has sung one of the most sensuous songs of 2011!

The male voice belongs to T Rajendar, father of the film's lead actor, Simbu. So, it was a union of the old and the modern for the popular song.

Mallika Sherawat flew in from Los Angeles after the release of her film Politics of Love, to shoot for Osthe.

When the film releases, we will know who will come out as a winner-Malaika or Mallika!