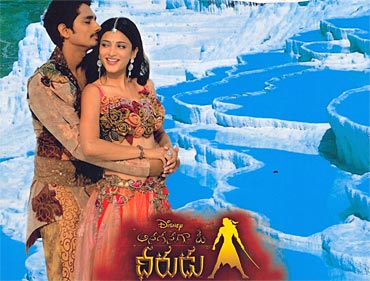 Anaganaga O Dheerudu is set on a fictional island of Angarajyam that has fallen under the rule of the evil queen Irendri.

The only hope for its people are the healing powers of Moksha, a nine year old girl who is to be protected by a brave swordsman called Yodha.

There's another mysterious connection between Irendri and Yodha's former lover, the gypsy Priya.

Siddharth plays Yodha. Shruti Haasan, (who makes her debut in Telugu) is Priya, the gypsy girl with a secret past. Lakshmi Manchu who essays Irendri is evil personified. The other cast includes Tanikella Bharani, Brahmanandam, Ali and Allari Ravi

The film is said to have impressive visual effects which help create the kingdom of Angarajyam and its inhabitants (fearsome creatures, serpents, etc). According to reports four studios have helped create 4000 VFx shots covering 72 minutes of the film taking the computer graphics technology to a never seen before level in Telugu cinema.
Radhika Rajamani in Hyderabad
Related News: Anaganaga O Dheerudu, Telugu, Yodha, Shruti Haasan, Prakash Kovelamudi
SHARE THIS STORYCOMMENT
Print this article 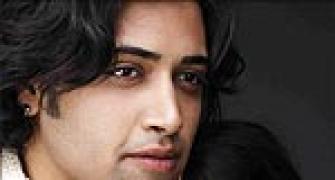 Karma is for a niche audience 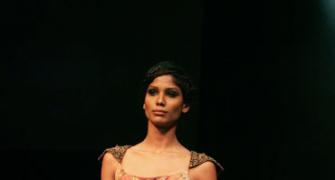 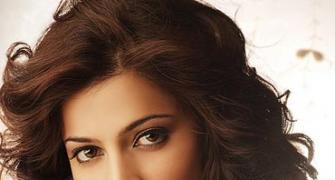 Shruti Haasan: Don't judge me by one film 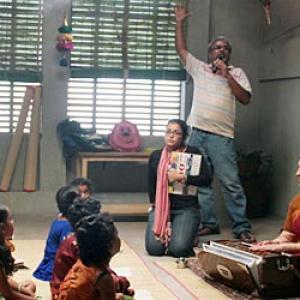 Video: Shruti Haasan sizzles the ramp in a sari