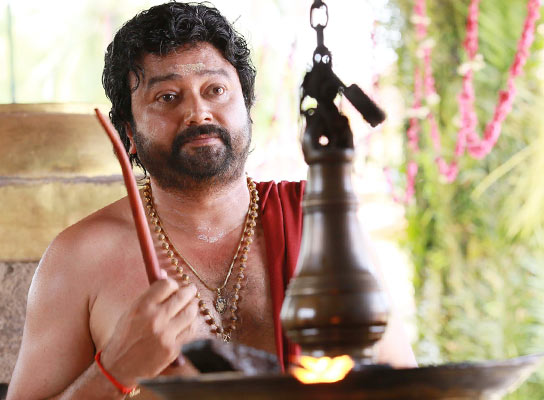 Jayaram plays a chenda artiste with amazing talent in acclaimed filmmaker Shaji N Karun’s Swapaanam. The shooting of the film is currently going at the legendary Varikkassery Mana in Ottappalam.

“Since Jayaram is known for his skills with the chenda, he has been chosen to play this character called Unni, a genius whose skills had gone almost unnoticed. Once it was known to all, his talents were acknowledged but as it happens with some of them, it ended in disaster,”

Jayaram is excited about the project. “I was just mesmerised by the plot and I feel privileged to portray this character,” he says.

Swapaanam is being produced under the banner of Horizon Entertainments. The script has been co-written by Harikrishnan and Sajeev Pazhoor. The music director is Sreevalsan J Menon.