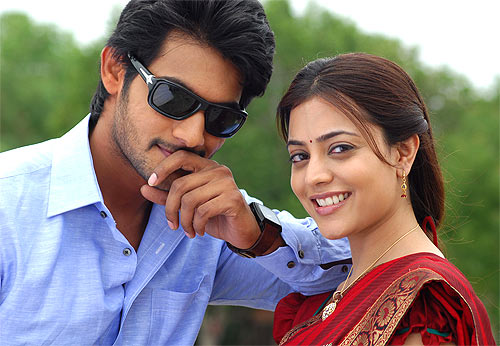 After Prema Kavali and Lovely, which did fairly well, actor Aadi (Saikumar’s son) is paired with Nisha Aggarwal (Kajal Aggarwal’s sister) in the forthcoming film Sukumarudu.

The film is directed by G Ashok whose claim to fame is the film Pilla Zamindar.

Sukumarudu also stars senior actors Krishna Ghattamaneni (Mahesh Babu’s father, a superstar in his younger years), and Sarada (who has won a number of National awards for her acting).

Siddharth was originally to do Sukumarudu but he opted out and Aadi stepped in. Aadi is playing a lad from the US.

The film was shot in Hyderabad and some parts of Europe.

Anoop Reubens composes music for this film, his third in a row for Aadi, while Sai Sriram handles the cinematography and Praveen Pudi does the editing.

Sukumarudu is expected to release shortly.