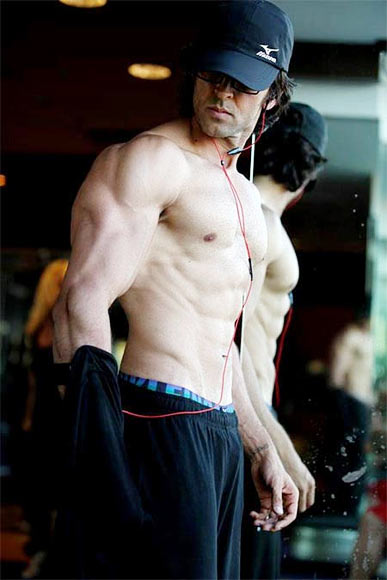 Bollywood stars tweeted their wishes for Hrithik Roshan, who underwent a successful brain surgery on July 7. Here’s what they said:

R Madhavan: ‘get well soo bro...take the rest seriously and the recovery post that is instantaneous. ..see u in action soon.’

Ashoke Pandit: ‘Wishing Hrithik Roshan speedy recovery.One of the finest actors and a grt.human being.’ 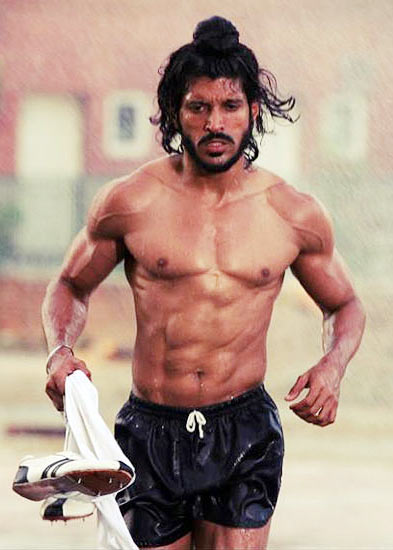 Farhan Akhtar's upcoming movie Bhaag Milkha Bhaag is getting a lot of praise from his colleagues, who watched it on Sunday. Here’s what they said:

Kunal Kohli: ‘what a film #BMB ! Best actor of the year Farhan Akhtar !’

Abhishek Kapoor: ‘saw #BhaagMilkhaBhaag last nite.. superb film and a magnificent performance by @FarOutAkhtar ..so proud of u bro’

Arjun Rampal: ‘The whole team of Bhag Milkha should and must be super proud. RAKESH tells a sport icon story like never before. Young Milkha is the find of the century. Divya I love you and Art Malik is fab. Pawan take a bow. Congratulations,’ he wrote.

Meanwhile, Farhan Akhtar shared the picture and wrote: ‘the countdown continues... 5 DAYS to go... here's a behind the scenes image with my friend/trainer @samirjaura.’ 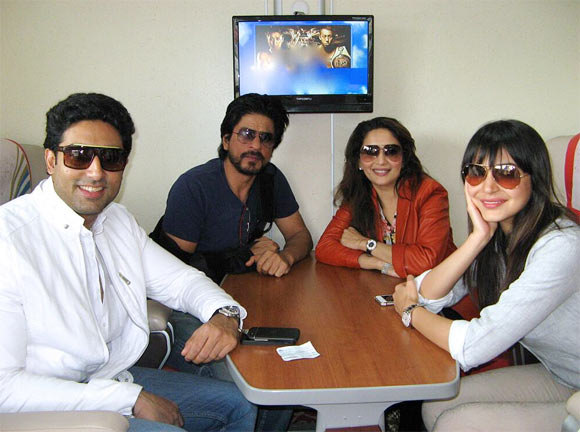 Shah Rukh Khan, Madhuri Dixit, Abhishek Bachchan and Anushka Sharma got together on their way back to Mumbai from the recently concluded IIFA awards, which were held at Macau, China, over the weekend.

‘It was awesome hanging out with @iamsrk and all my buds in the film fraternity at #IIFA . Seems like it is the only time all of us meet,’ Madhuri tweeted.

They also shared the flight on their way back home. ‘The company was great on the ride home yesterday! Here we r in the hovercraft!’ she added with a picture (above). 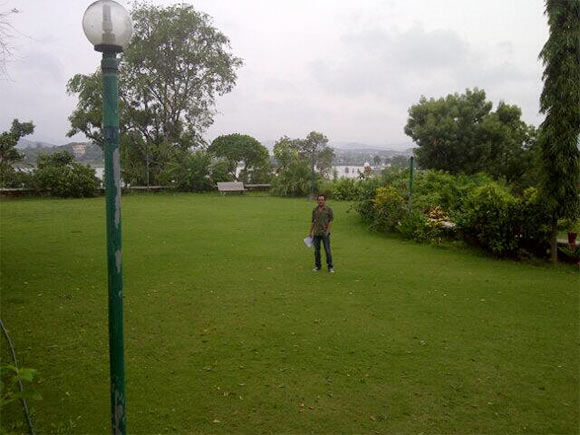 Filmmaker Pooja Bhatt has started shooting for next film Bad in Udaipur. The film is a crime thriller based on the life and crimes of serial killer Charles Sobhraj.

‘Lush, green Udaipur...home for the next 30 days! Savouring the view & the silence before the #BAD unit descends : )’ Pooja tweeted.

The film stars Randeep Hooda as Charles Sobhraj, Richa Chaddha as his girlfriend and Adil Hussain of English Vinglish fame as Amod Kant. 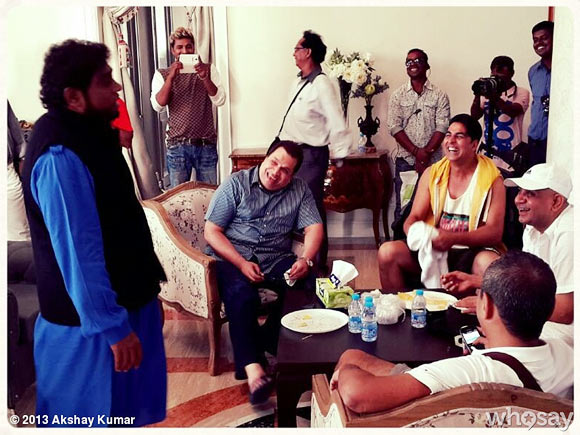 Akshay Kumar, who is currently shooting for Boss, is having fun on the sets with funnyman Johnny Lever. In the movie, Akshay will be seen as a kind gangster.

He shared a picture of them from the sets and tweeted: ‘The Man who can make me laugh from my heart :) Who needs to train when Johnny Lever gives u all the work out u need!!’

Directed by Anthony D'Souza, the film is a remake of the South hit Pokkiri Raja starring superstar Mammootty.

Lisa Ray sizzles in a sari 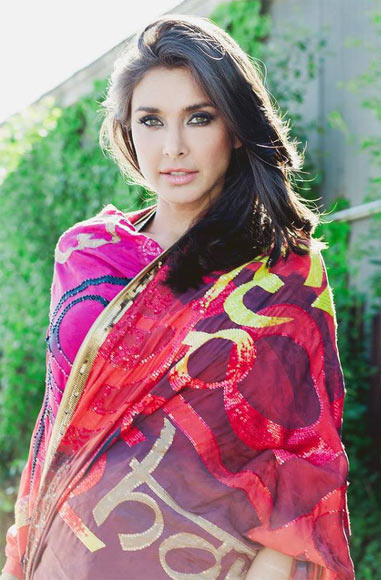 Actress-model Lisa Ray shared a picture of herself from her latest shoot and wrote: ‘All wrapped up in #Hope.’

Meanwhile, Anupam Kher shared a picture with Shah Rukh Khan and tweeted: ‘Life is too short to be busy. I am glad we caught up. Your charm is infectious. You are the Best. @iamsrk :)’