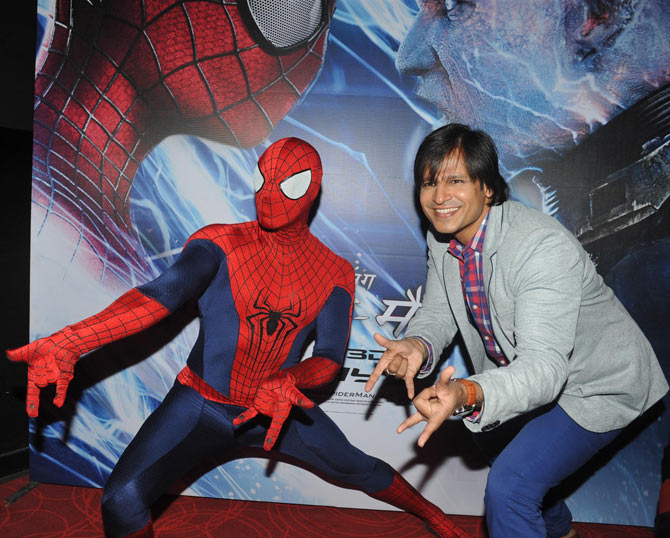 Get your lowdown on what's going on in the world of Bollywood.

Actor Vivek Oberoi, who has lent his voice in the Hindi version of Hollywood film The Amazing Spider-Man 2, says he is not eager to do Hollywood films and will essay only quality roles.

"I am not crazy about doing Hollywood films. I am not interested to do a five-minute role in a film which is not exciting to me. For me, quality of role is important and if a role excites me I do it," Vivek said.

A number of Bollywood actors like Anil Kapoor, Amitabh Bachchan, Irrfan Khan, Anupam Kher and others have starred in Hollywood films.

Vivek says he agreed to dub for the character Electro in The Amazing Spider-Man 2 as he has been a huge fan of the web-casting superhero.

"I have always been a huge fan of the Spider-Man comics and films. Max Dillon/Electro is an immensely fascinating and complex character and it will be interesting to face off with Spider-Man," he said.

Vivek said dubbing was not new for him. "I have been a dubbing artist before becoming an actor. I got trained for it. Dubbing for a film where you have not performed is different. It is challenging to dub in other language and other character. But it was a funny experience," he added.

In the original version of the film, Electro is played by Oscar-winning actor Jamie Foxx.

Vivek has played villainous roles in films like Company, Shoot Out at Lokhandwala, Rakht Charitra, Krrish 3.

"There is no fascination towards villain roles. I like playing characters that are different. We all have an element of grey in us I like to show that on screen," Vivek said.

The film The Amazing Spider-Man 2 starring Andrew Garfield as Spider-Man and Emma Stone as his lady love, will release in India on May 1.

John Travolta to get special honour at IIFA 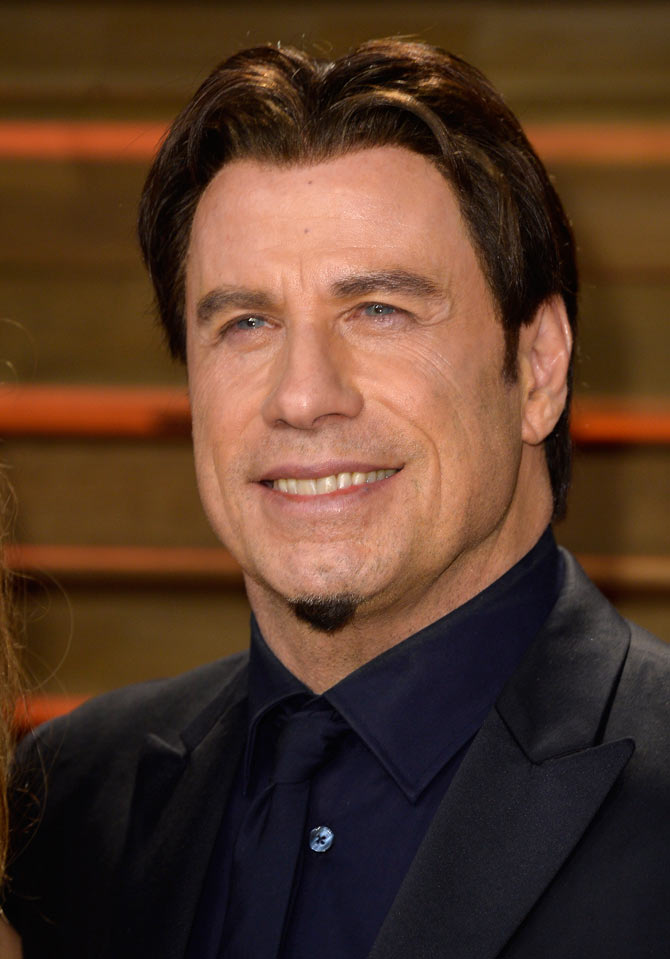 Hollywood star John Travolta will receive a special honour at the upcoming International Indian Film Academy (IIFA) awards to be held in the US.

The two-time Golden Globe winner will attend the 15th IIFA awards, which will be held from April 23 to 26 in Tampa Bay, Florida.

Travolta, 60, will receive the 'Most Popular All time International star in India' at the awards ceremony.

An iconic name in Hollywood, Travolta has seen staggering success as an actor, singer and dancer.

Travolta will grace the extravaganza (IIFA awards) extending his support and appreciation of the Indian Film Industry and its spectacular influence world over, a release stated.

Ayushmann Khurrana not part of Akshay Kumar's next 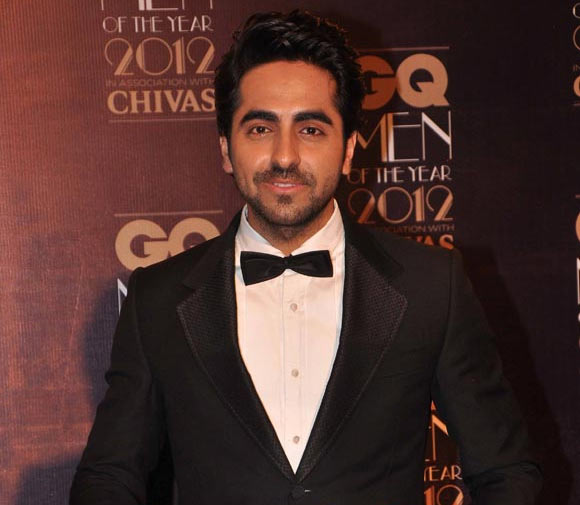 There were reports that Akshay had roped in the 29-year-old VJ-turned-actor for his comic caper, which will be co-produced by Ashwini Yarde under their banner Hari Om Productions.

However, the Vicky Donor star has issued a statement to clarify reports.

'There is no truth whatsoever to the news doing the rounds that Akshay Kumar ropes in Ayushmann Khurrana for his next production venture,' the statement read.

Ayushmann was last seen in Bewakoofiyaan, a love story set in the time of recession, which got a lukewarm response at the box office.