One of the greatest and most versatile singers of our time, S P Balasubrahmanyam, turned 68 on June 4. We celebrate the singer by listing some of his most memorable songs.

S P Balasubrahmanyam has won six National Film Awards across four different Indian languages. He has sung over 40,000 songs and holds the Guinness World Record for recording the maximum number of songs.

At the peak of his career, SPB is believed to have recorded as many as 15-20 songs on a single day.

S P Balasubrahmanyam won the Padmashri in 2001 and the Padma Bhushan in 2011, and has received numerous State Awards from the governments of Karnataka and Tamil Nadu.

While it is virtually impossible to pick his top 10 songs, here is a list of some of his more popular numbers.

Nilaave Vaa Sellathey Vaa from Mani Ratnam's blockbuster film, Mouna Raagam, is a timeless classic that you never tire of.

The soft romantic lyrics, with SPB’s soothing vocals, makes this one of his most memorable songs. For years, SPB and Ilaiyaraaja created music magic together with most of their songs becoming chartbusters and evergreen hits.

A foot-tapping melody, Ilaiya Nilaa Pozhikirathe from Payanangal Mudivathillai, featured on Mohan, is an absolute treat.

This fast-paced number became a massive hit and the tune was later reused in the Hindi song Neele Neele Ambar Par, sung by Kishore Kumar. 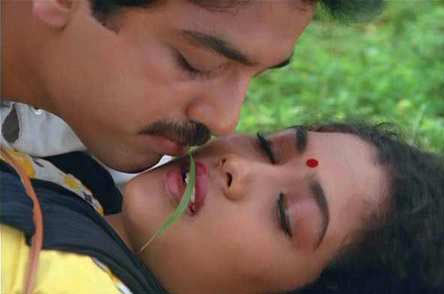 The soft, haunting Enna Satham Intha Naeram had beautiful lyrics, soul-stirring vocals and stunning visuals. It is one of SP's biggest hits.

A R Rahman, who was then known as Dileep, worked with Ilayaraja as a keyboard player on this album. 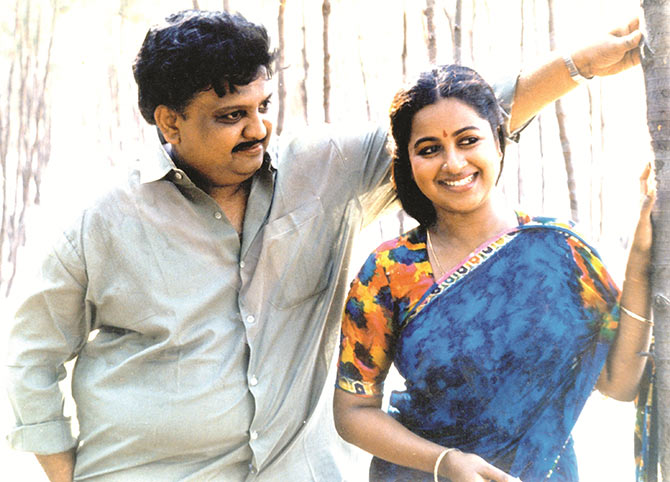 Written and directed by Vasanth, Keladi Kanmani was a huge box office success.

S P Balasubrahmanyam himself played the lead role in the film and his breathless number, Mannil Indha Kaathalandri, became one of the highlights of the film.

SPB sang both the stanzas of the song, without taking a single breath. 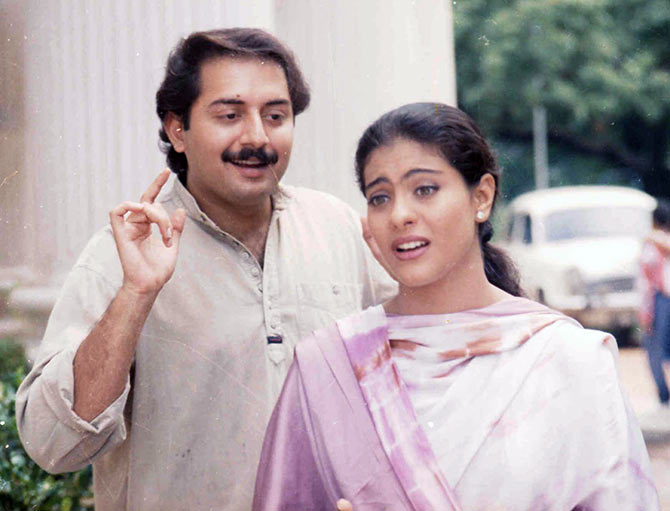 Romantic numbers have always been his forte and SPB delivers yet another passionate number with an intensity that leaves you spellbound. Malgudi Subha accompanies S P Ba;asubrahmanyum in this song. Kannal Pesum Penne from Mozhi, a musical love story that portrays the extraordinary love between a deaf and mute girl and a musician, is one of SPB's more recent hits.

Vidyasagar received much acclaim for his work in the film and all the songs were declared a hit. K Balachander's Ek Duuje Ke Liye, a film on cross-cultural romance,starring Kamal Haasan and Rati Agnihotri, broke all box office records and emerged as one of the biggest blockbusters of all time.

The film is considered a cult classic and SPB's beautiful rendition of Tere Mere Beech Mein won him a National Film Award. Lata Mangeshkar accompanies him in his song. 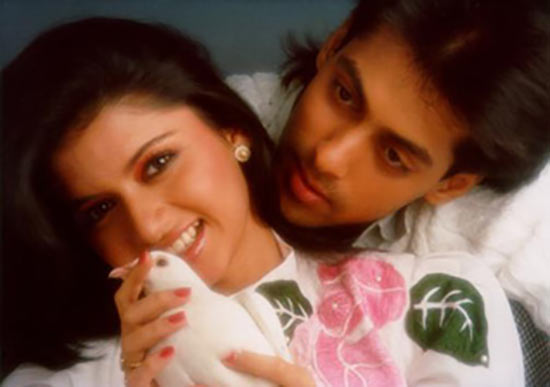 The film released in 1989 and is considered one of India's highest grossing films.

The vocals of Lata Mangeshkar and SPB complemented each other perfectly, giving a whole new meaning to the sensational music composed by Ram Laxman and the intensely romantic lyrics by Dev Kohli. Shankarabharanam is considered to be one of the best films in Telugu cinema.  Written and directed by K Vishwanath, the film was a musical drama that brought back the era of Indian classical music in South India.

K V Mahadevan's music was largely Carnatic, and all the compositions had heavy classical content. Though SPB is not a classically trained singer, he proved himself with his perfect rendition of Omkaara Naadaanusandhanam, the song that won him his first National Award. Saagara Sangamam, starring Kamal Haasan and Jayaprada, was another film directed by K Vishwanath that smashed all box office records. The film was later successfully dubbed in Tamil, as well as Malayalam.

Music and dance played a significant role in the film and both Ilaiyaraja and SPB won the National Award for their spectacular efforts.

SPB's golden voice is simply mesmerising in Vedam Anuvanuvuna, bringing out a depth of emotion. S P Sailaja accompanies him in this song.