The American who made Tamil films 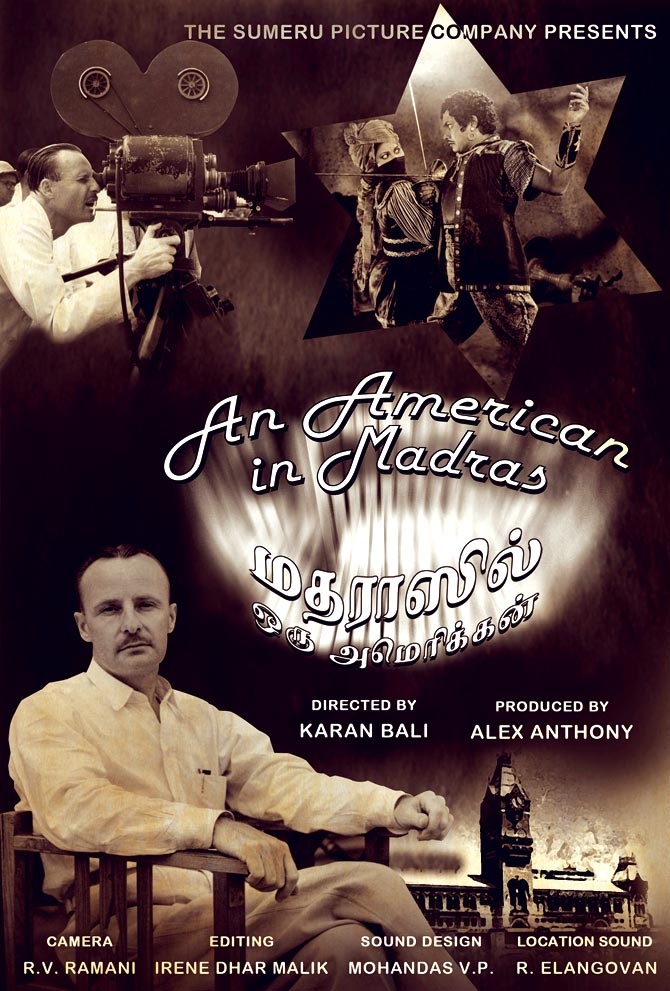 Ellis Roderick Dungan was born in 1908 in Ohio. After travelling to France where he learned photography, he attended the University of Southern California’s Cinematography and Motion Picture Production program.

Then in 1935 Dungan came to India for a few months to make films with a friend. And quite by chance he started working in the Tamil film industry. He ended up staying back for over a decade.

In filmmaker Karan Bali’s documentary An American In Madras, we see the story of Dungan’s 15 years directing Tamil films, even though he barely knew the language.

Apart from changing the technical aspects of Tamil cinema, he is also credited with giving actor-director-politician M G Ramachandran his first role. The director also worked with M Karunanidhi (who later became the chief minister of Tamil Nadu) and directed the luminous singer M S Subbulakshmi in some of her iconic films.

After a world premiere at the Chennai International Film Festival, the documentary is now headed to other festivals.

Bali, a Mumbai-based alumnus of the Film and Television Institute of India, tells Aseem Chhabra about how he stumbled upon this fascinating story.

How did get drawn to Dungan’s story? Your name suggests you are not Tamil. Did you grow up watching Tamil films?

I knew about Tamil films because I did my schooling in Tamil Nadu... and I manage a Web site Upperstall.com that explores classics of Indian films, and write-ups about luminaries of Indian cinema.

While researching for an article I came across Ellis Dungan’s name in the Encyclopedia of Indian Cinema by Ashish Rajadhyaksha and Paul Willemen.

There was confusion about his name. In the Encyclopedia, his name is written as Duncan. But in America if you look at his school records or when he went to France to study photography, he spelt his name as Dungan. In the South, people must have started pronouncing his name as Duncan.

'Meera is referred to as Dungan's most restrained film' 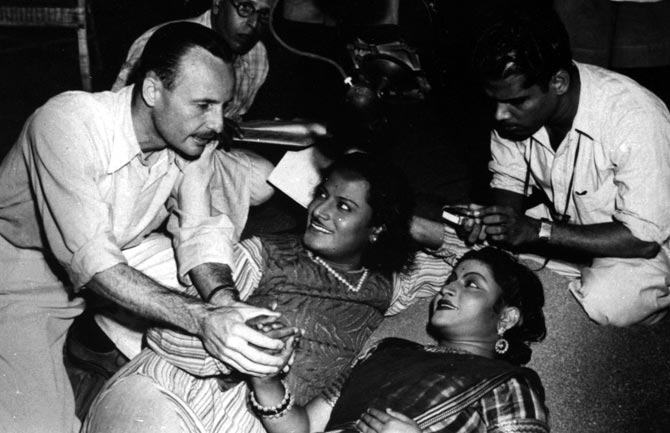 Had you seen a lot of classic Tamil films?

I had seen a lot of classic Hindi films. Only recently I had started to see regional cinema as I was searching for the Web site.

I remember seeing the Hindi version of Dungan’s Meera (1947) with M S Subbulakshmi on Doordarshan. At that time I had no clue it was directed by Dungan, an American.

Meera is referred to as Dungan’s most restrained film.

You mention in your film that Meera was dubbed in Hindi from Tamil?

They actually reshot the songs to match her lip sync. And one or two scenes with Meera’s parts were reshot, so that it appears as if she is speaking in Hindi.

So Meera is probably the only film of M S Subbulakshmi that is in Hindi?

Yes it is. I think it is because her family knew Rajaji (C Rajagopachari, the last governor-general of India), and he helped organize the premiere with Jawaharlal Nehru, Lord and Lady Mountbatten and Sarojni Naidu.

But I thought of writing an article for Upperstall.com and not make a film. This is going back to 2003-2004 when the Internet was there, but it wasn’t that easy to get information.

It was only in 2009 that the idea materialised into a film, since the guy was still in my thoughts. 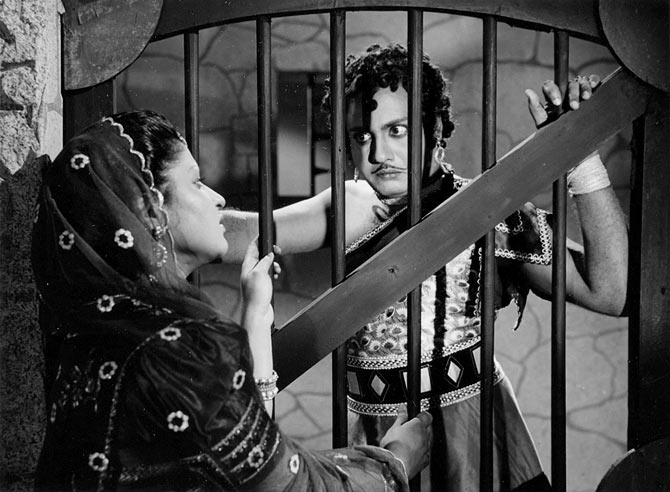 You must have done a lot of research before you started shooting the film, especially finding all the talking heads. How long did it take you to find them?

I knew S Theodore Baskaran, who is a Tamil film historian. I had already talked about the idea with him.

Baskaran led me to Dungan’s autobiography, which was published in 2001, the same year he died.

It was co-authored by a woman called Barbara Smik. Somehow through Google search I was able to get her e-mail.

I got the book, because a friend, Shivendra Singh Dungarpur (director, Celluloid Man, a documentary about P K Nair, who ran the film archives for FTII) had a copy.

Barbara put me in touch with the West Virginia State University archives. Dungan had left bulk of life’s work and images with the university.

When it seemed that the film was actually going to happen, Theodore helped me track Radha Vishwanathan (the daughter of M S Subbulakshmi) in Bangalore. She played the young Shakuntalai and Meera. And M S Subbulakshmi appeared in both films.

She looks so graceful and charming in your film.

Actually her face has not changed at all since she was a child.

I also found the man who saw the day-for-night shoot in Dungan’s last film, Manthiri Kumari.

He is the one who shares the anecdote about M Karunanidhi, who was hired to write the script of the film, and he wanted MGR to play the lead. But Dungan did not find MGR photogenic because of the cleft on his chin. So they reached a compromise and Dungan gave MGR a small beard to cover his chin.

That is one of the funniest stories in your film. It is fascinating that we see MGR’s career being launched by Dungan in Sathi Leelavathi (1936). And there is Karunanidhi and M S Subbulakshmi who looked so radiant in Dungan’s films.

Thyagaraja was a huge Tamil star until 1944. His career ended when he was implicated in a murder case and jailed for two-and-a-half years. Though he came out after 30 months, other actors had taken over and he never recovered his career.

I liked the young woman who is a PhD scholar on Tamil cinema.

That’s Uma Vangal. She and K Hariharan teach at the L V Prasad Film and Television Academy in Chennai. One thing led to another through these people. 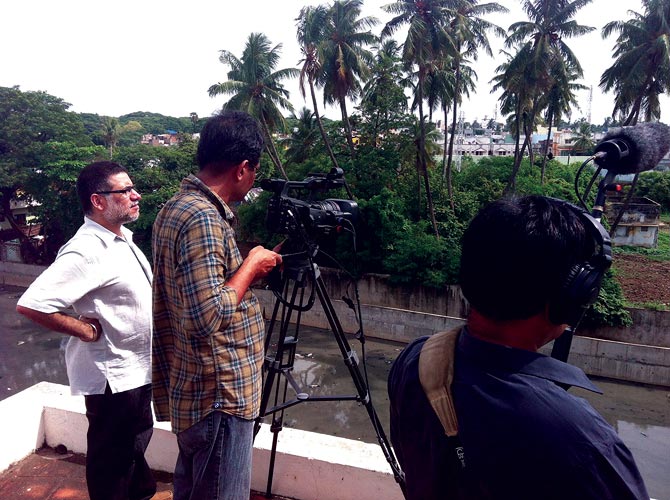 I am still fascinated that Dungan came to India for six months and stayed for 15 years.

What happened was that M L Tandon, who was Dungan’s classmate at USC, promised him a chance to make English films at a studio his father was supposed to be building.

When Dungan arrived here he realized that there was no studio being made. But Tandon had managed to get a Tamil film that was shooting in Calcutta. Dungan assisted him and that led to his getting work in Madras.

Initially, there was concern that this guy was American and he didn’t know the language. But all Tandon said was that he was from Hollywood. They were even putting this in credits — Direction: Ellis R Dungan, Hollywood.

Dungan must have been going back to America.

He used to go back to visit. And each time he would go he would bring something with him, like the Max Factor make-up kit. But once his films succeeded, one film led to another and he stayed back.

I realise that he did make some industrial films in America and later also some animal documentaries in India. But he never worked in Hollywood.

When he went back in 1950 he got work as an India expert. He never got feature film work and it was tough to break into Hollywood since he was unknown. 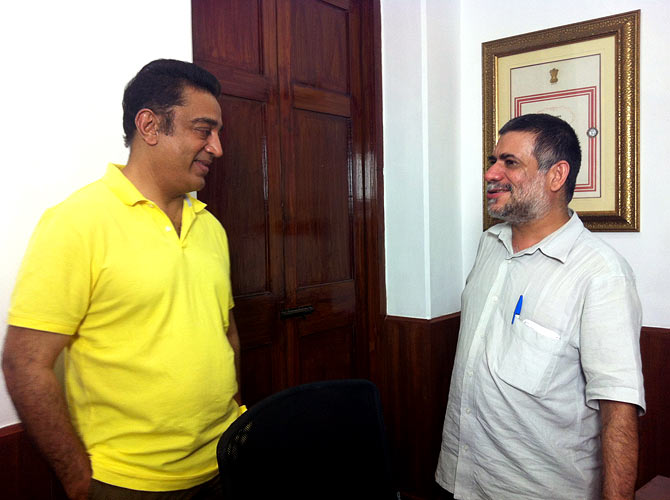 And he seemed quite comfortable living in India. His wife was the one who had issues with India.

He only learned just functional Tamil and essentially directed in English.

I loved hearing about the fact that he took the camera out of the studios.

It was after I saw his films and I had also seen Hindi films of the 1930s that I realised there was a definite cinematic form that Dungan brought to Tamil cinema. Until then most Tamil films were theatrical stage dramas shot on celluloid.

'Bollywood has woken up to it for marketing, not archiving' 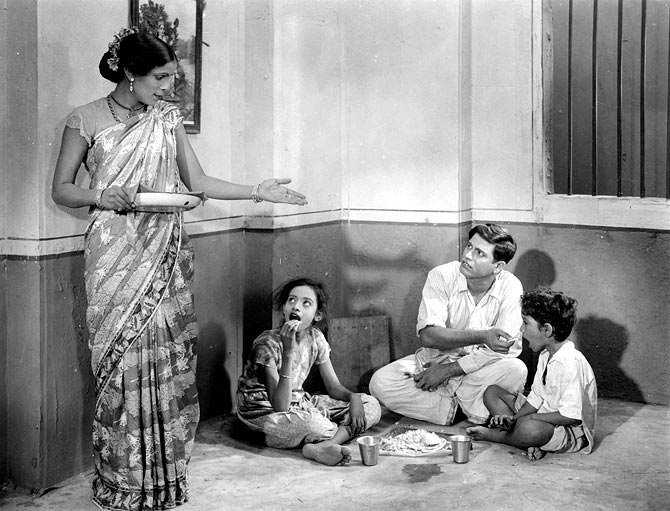 I also loved the anecdote about the carbon microphones.

Dungan wanted his actors to perform naturally. But the carbon microphones did not capture sound very well and the sound recordist wanted them to speak loudly. That became stagey again.

You found the footage of Dungan working at the archives as well?

Yes. In fact, the footage of him on his sets is maybe the first such documentation of the ‘making of a film’ in Indian cinema. I have not seen anything similar out of the Hindi film industry -- Bombay Talkies or New Theatres -- at that time.

He had someone shooting him while he was directing?

Yes. It came naturally to him to keep a record of his time in India.

Bollywood has woken up to it for marketing, not archiving.