'Sweety is a lighthearted, feel-good movie' 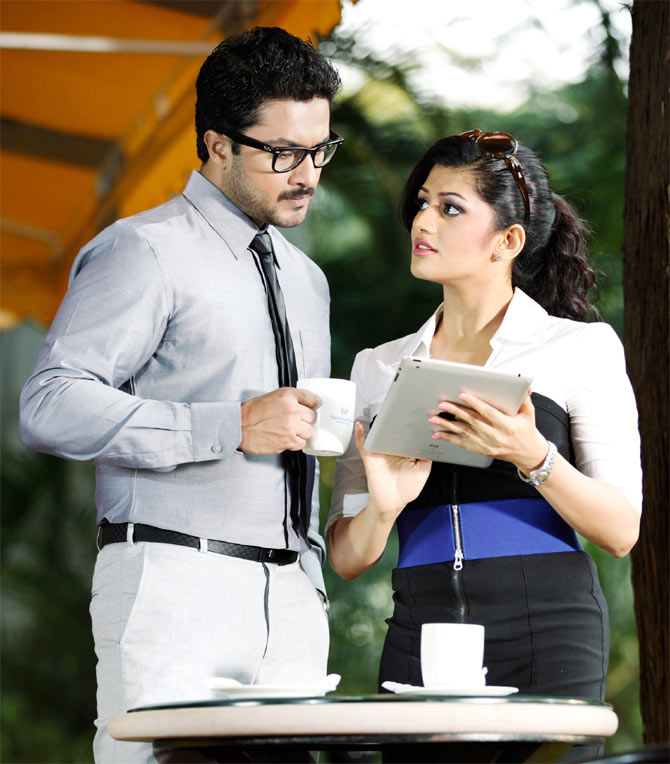 Image: Aditya and Radhika in Sweety
Srikanth Srinivasa in Bangalore

Kannada actress and producer Vijayalakshmi Singh turned to direction about five years ago with the acclaimed film Ee Bandhana that starred the late Vishnuvardhan in the lead.

Since then she has been part of a small group of Kannada women film-makers who are trying to come into their own in a male-dominated industry.

The actress-producer, who is also renowned director Rajendra Singh Babu’s sister and is married to actor Jaijagadish, failed to draw the crowds in her subsequent directorial ventures.

Radhika Kumaraswamy makes a comeback in Sweety after taking a sabbatical for marriage and motherhood. She is also the movie’s producer.

In this interview, Vijayalakshmi Singh talks about the movie and about her move to direct Sweety outside their home production banner.

What is Sweety all about?

Sweety is a simple love story with emphasis on family ties.

It is a youthful, family-oriented film. I should make it clear that there is nothing unusual about the story—it is a very simple one. 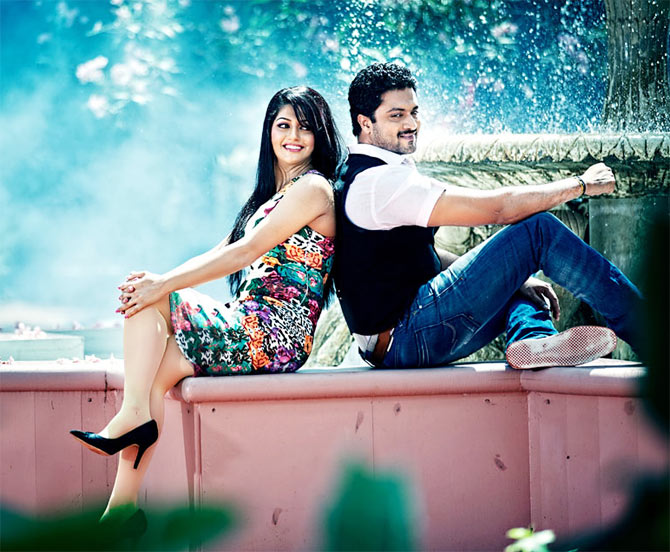 How did you land yourself as a director for a producer outside your family?

I was working on a subject for some time. When I heard that actress Radhika was scouting for a subject that would allow her to stage a grand comeback, I went to her as a producer myself.

To my surprise and dismay, the tables were turned on me as Radhika became interested in the subject and wanted to produce it!

I ended up becoming a director for a producer outside our home banner by chance.

How did you go about casting for the movie?

I had suggested a few names for the male lead opposite Radhika. But, the choice narrowed down to Aditya who is our boy.

Moreover, Aditya and Radhika were paired in a movie titled Eshwara some five years back and so it was assumed that they would be comfortable working with each other.

We have given Radhika and Aditya a new look that is more appealing. It is a makeover for both of them.

How differently would you have produced the same movie if Radhika hadn’t come forward to produce it herself?

I think we would have contained the budget reasonably. Since Radhika wanted a grand comeback, the production values were made rich and lavish. 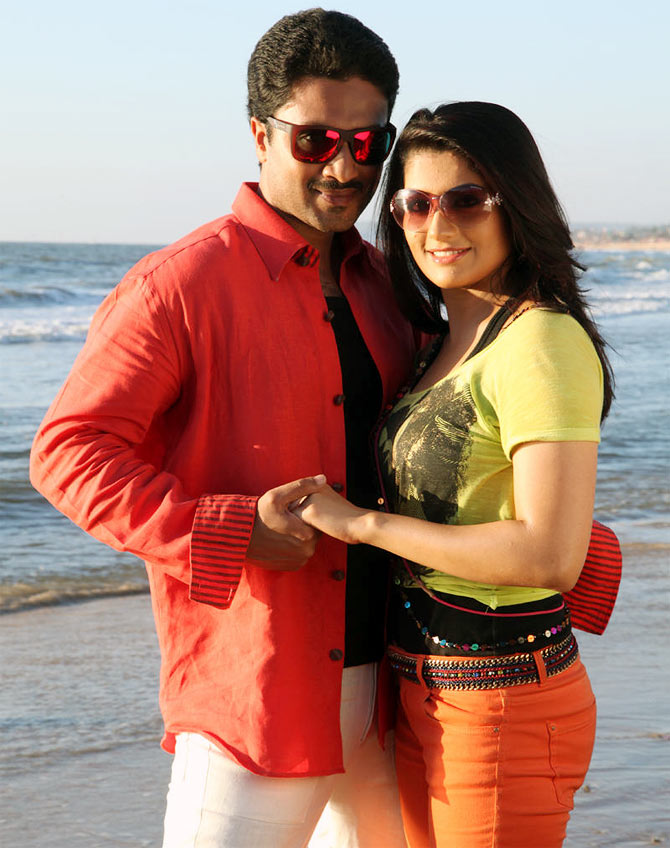 What’s it like to direct an actor who is also the film’s producer?

I must say that Radhika is a dedicated and disciplined actress. There was absolutely no tension on the sets.

She was cool in going about her job even though she was the producer.

She never ever gave the impression that she was the producer of the film. All that she expected from us was to do justice to our roles.

Are you now game to direct films for producers outside your family?

Yes. If I get good opportunities I will definitely direct movies for producers outside my family. But, our wavelengths have to match and move in tandem.

'Sweety is a paisa vasool film' 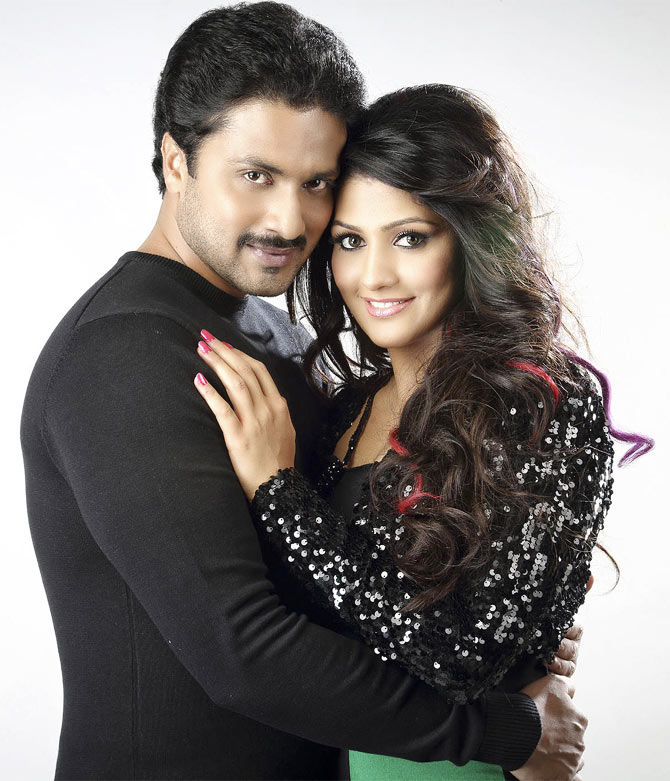 What can audiences expect from Sweety?

Sweety is a lighthearted feel-good movie with good doses of entertainment.

The film has grandeur, commercial values and has some aesthetics as well. It is a paisa vasool film.

We have shot a song in picturesque locales of Kashmir amidst the tulips, for the first time.

Why do you think your last two films Male Barali Manju Irali and Wah Re Wah failed at the box-office?

Although these movies were appreciated by people when they were shown on television, they did not enjoy a good run at the box-office.

As for Wah Re Wah, maybe I wasn’t cut out for making slapstick comedies. Also, it may be because there was no feel-good factor in the film.