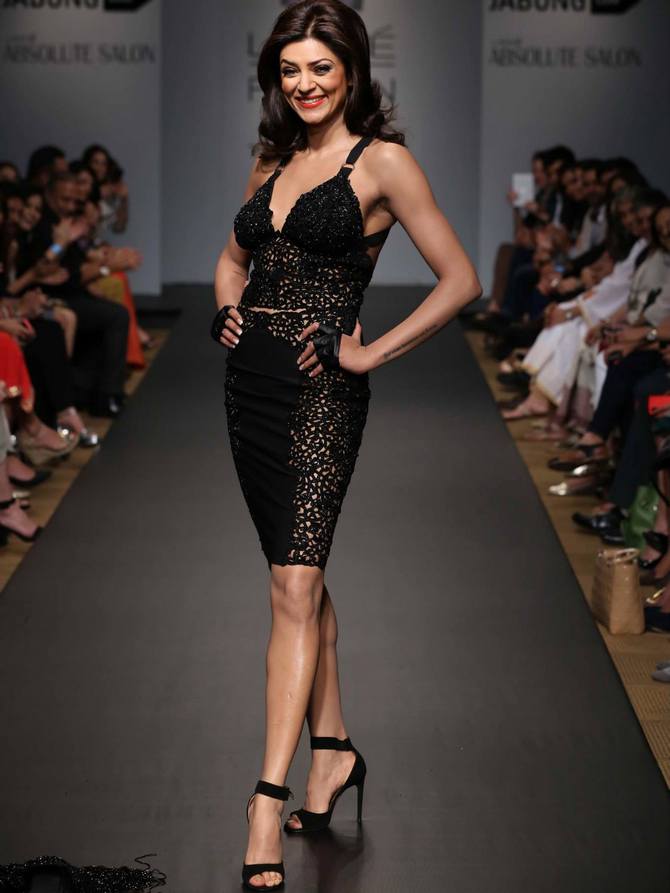 Actress Sushmita Sen, who was last seen in 2010 film No Problem, is all set to make her debut in Bengali cinema with Nirbak.

Confirming the news, Sen tweeted: 'We start filming for 'Nirbak' in July 2014. What a feeling of homecoming...finally a film in my mother tongue!! :) Dugga Dugga!!'

Produced by Venkatesh Films, the film is going to be directed by Srijit Mukherji.

'Filmistaan is a film with a huge heart' 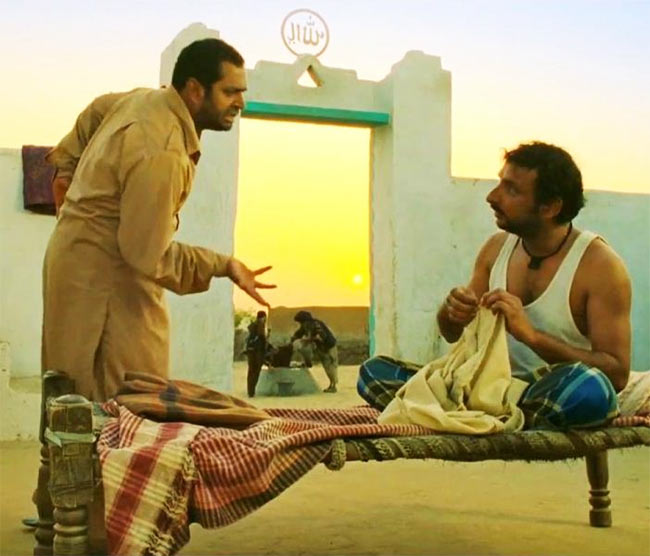 Bollywood celebrities, who attended the special screening of Nitin Kakkar's Filmistaan, turned to Twitter to shower praises on the film. Here's what they said:

Preeti Desai: 'Was expecting a good film but was even better! Brilliant performances, had me in stitches, and touched. Go watch #Filmistan by Nitin Kakkar.'

Aditi Rao Hydari: 'What a film! Laughed till I fell off my chair, tears, a fat smile and respect for this gem of a film.'

Dino Morea: 'Saw this Gem of a film last night, " FILMISTAN " everything about it was just so nice. Kudos to all involved, especially Nitin, the director.'

Saqib Saleem: 'Filminess galore!! A film with a huge heart.. A must watch for all the filmi keedas out there .. Nitin n whole ream take a bow #Filmistan.'

Vishesh Bhatt: 'Filmistaan is one of the best expressions of friendship on celluloid between India & Pak.'

Satyadeep Misra: 'Glad to see another li'l gem of a film finally get a release! #filmistan shines on the back of a story well told and some grt performances!' 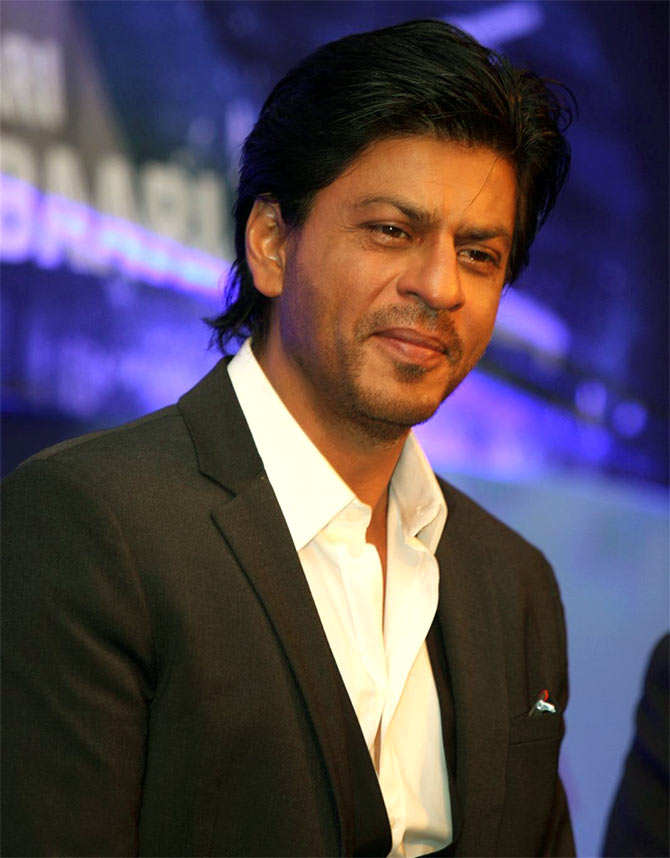 'Got a set of books on the life of Gautam Buddha. Excited to start reading them so that I can Calm down a bit,' the 48-year-old actor tweeted.

SRK's team Kolkata Kinght Riders won the IPL and the actor thanked his fans for their wishes, 'Overwhelmed at how much love I receive. Makes me want 2 give my all in the service of making ppl smile. Hope I hav enuff to give for long' he wrote.

Meanwhile, Kolkata Knight Riders' co-owner Juhi Chawla is in Jagannathpuri to seek blessings. 'Once again on way to jagannathpuri ... To give thanks ... The drive so lovely .. Landscape lush green.' 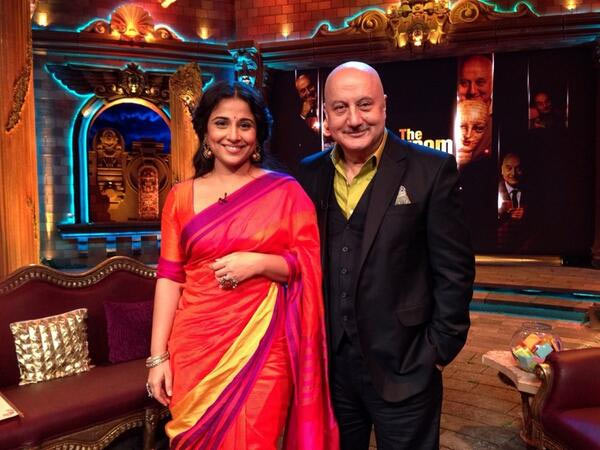 
Sonam's sister Rhea Kapoor shared a picture from the shoot and tweeted: 'Dressed both these crazies today.. @sonamkapoor in giambattista valli and sk signature line jewels and Arjun in burberry.' 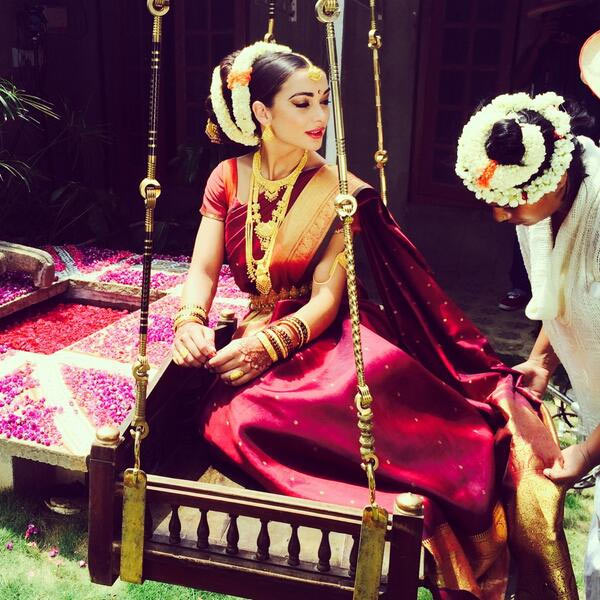 British model and actress Amy Jackson, who is currently shooting for her next Tamil film Ai, shared a picture from the sets and tweeted: 'Behind the scenes from today.'

The film is directed by S Shankar and also stars Vikram.

Alia, Varun on the sets of Jhalak Dikhla Jaa! 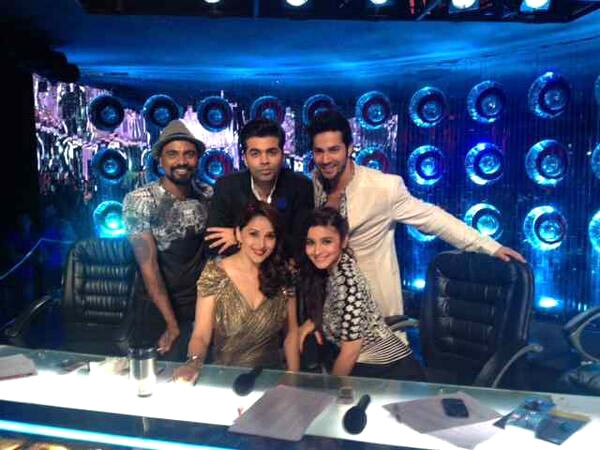 Judge Karan Johar shared a picture of them from the sets and wrote: 'Humpty and his Dulhania on #Jhalak....premiere night...coming up on the 7th...on COLORS!'

The film will release on July 11.