Suhasini: How can anyone say no to a part in Ramanujan? 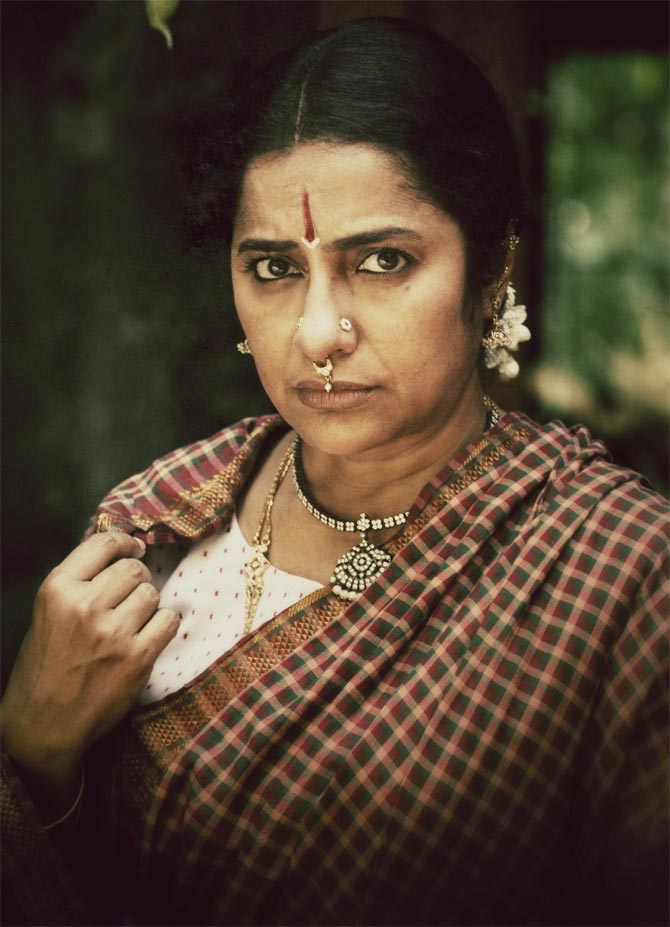 In this interview, she talks about her role in the upcoming film.

You rarely act in films these days. What made you accept the role in Ramanujan?

How can anyone say no to be a part in a film like Ramanujan?

I have been a great admirer of the genius and consider myself lucky that the filmmaker thought of me for the role.

'Abhinay is good with math in real life' 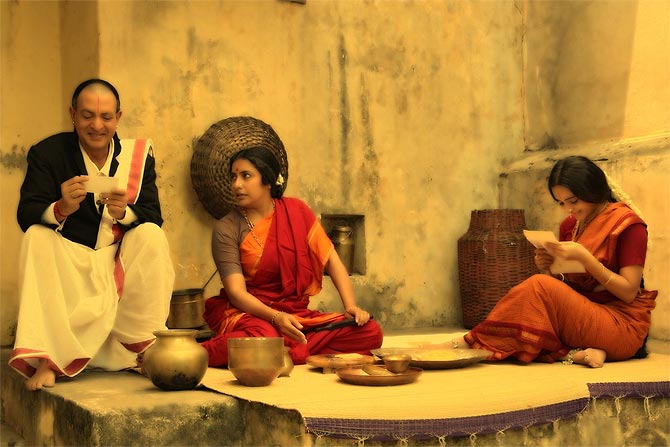 Did you read the script before accepting the role?

He (director Gnana Rajasekharan) gave me a narration. He told me about the important contribution of Komalathammal to her son's achievements

Were you involved in the scripting, casting and costume design of the film?

I tried to get many big names to be cast as Ramunajan, like Madhavan, Siddharth and Telugu actor Allu Arjun. But it did not materialise. Now I think Abhinay is the best choice for the role.

Were you impressed with Abhinay's performance?

Abhinay suits the part and he is good with math in real life.

He has the genes of Gemini Ganesan and Savithri (his grandparents). He is simple, tolerant and willing to work very hard.

'The world is unfair and ignorant about all geniuses initially' 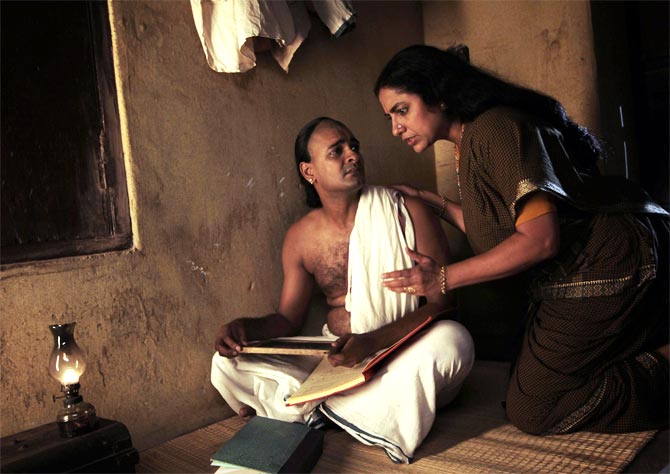 How excited were you about the film?

I was sincere more than passionate. The film is about Ramunujan and not his mother but she plays a major role too.

We put in much effort in ecery scene, like I sing Carnatic krithis and also render shlokas.

I would google and download the shlokas and swarams and get all the information and be ready for every scene.

Gnana Rajasekharan told me in an interview that the thrust of his film is how society, parents and teachers were unfair to a genius like Ramanujan. Do you also feel the same way?

Yes. In fact, the world is unfair and ignorant about all geniuses initially.

'It felt great to portray a woman like my grandmother' 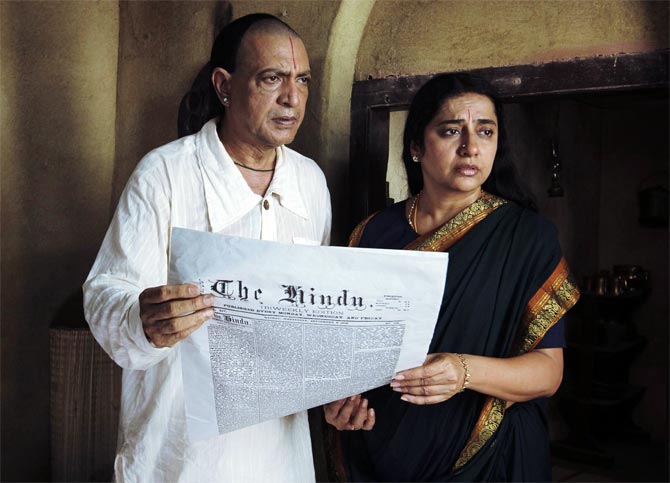 Do you think we don't know how to deal with a genius even today?

Absolutely. I have a nephew who showed great abilities in mathematics as a six-year-old, but no one encouraged him.

His genius was ignored and more effort went into making him ‘normal’.

Ramanujan's mother was a very dominating and influential figure in his life. How did you approach the character?

I just had to remember my own grandmother. She created Kamal Haasan. Very few people know her but I lived with her most of my childhood. I imitated her in the film.

It felt great to portray a woman like her.

'I loved being that evil, conniving middle-aged woman!' 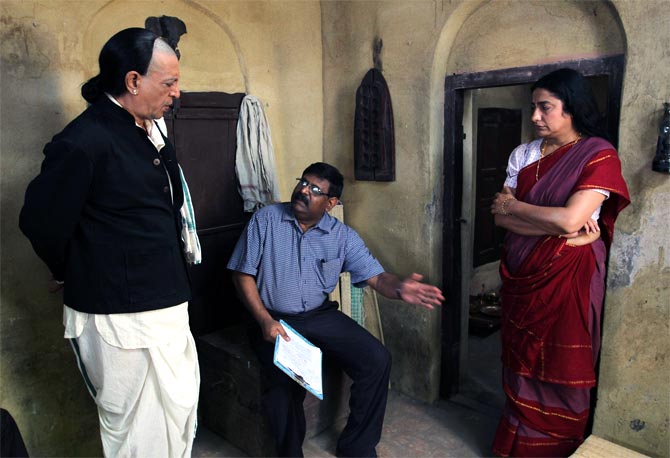 Ramanujan's mother also dominated his wife. What was it like playing such a mother-in-law?

That was a bit like the saying, Kabhie Saas Bi Bahu Thi. It continues in every generation.

I am harsh to my daughter-in-law in the film but that was the truth. I loved playing that evil, conniving middle-aged woman!

Costume is extremely important in a period film like this. What kind of research did you do?

The costumes were designed by the director's wife Shakunthala. I helped her. I collected nine-yard saris from my family and friends.

We collected photographs, followed my Amma's hairstyle and jewels. I learnt how to wear a iyengar madisaar. I also got a nose- ring like the ones used at that time.

What were your thoughts about the genius after you finished shooting for the film?

It felt like we were undoing the sins of our elders by making this tribute to him.

It was also a reminder for us to look around and encourage people with extraordinary talents that are hidden and suppressed.