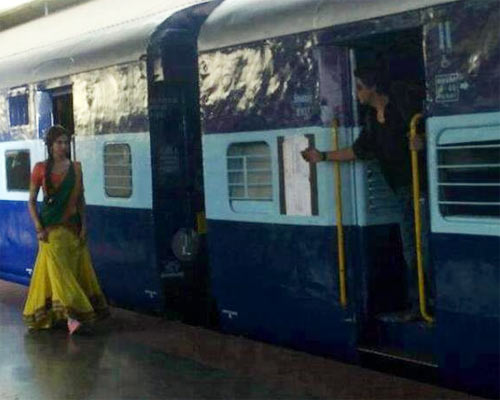 Shah Rukh Khan, whose reflective side is most open on microblogging website Twitter, recently tweeted about how often he had shot movies in trains.

Currently working on Rohit Shetty's Chennai Express, the actor wrote, 'I am shooting so much on trains i feel i am in a constant state of training & the worst is i feel sleepy with the rhythm of their movement.'

Looking back at SRK's filmography, one realises that he's actually done a sizeable number of train sequences in his long career.

We take a look at the actor's onscreen railway journeys through the years. 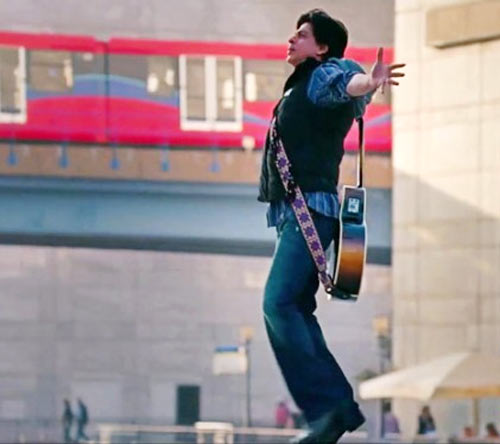 In his last film Jab Tak Hai Jaan, the bomb-diffusing Samar Anand proposes to Meera (played by Katrina Kaif) in a railway station in London.

Samar Anand falls in love with the beautiful Meera, while giving her music lessons and learning English in return. 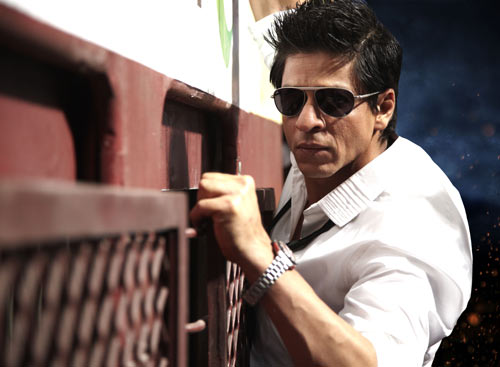 SRK's superhero G.One hops in and out of Mumbai locals as he tries to catch the baddie and save the lives of daily commuters in Ra.One.

The tuxedo-clad superhero manouvoures the train with much difficulty and saves lives at the end of the five-minute long chase. 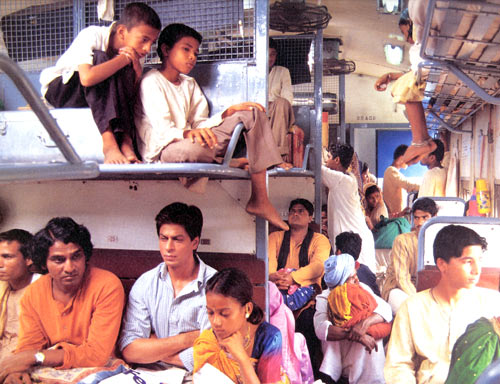 When NASA scientist Mohan Bhargava returns to his native village to find his childhood nanny, he has little idea of what the journey will entail.

Enroute to his destination, he's seen huddled together with fellow passengers in an overcrowded train.

Having lived in the US for 12 years, Mohan is baffled in his own restrained manner as he comes to terms with life in his own country in Swades.

Squadron Leader Veer Pratap Singh musters courage to profess his love for the Pakistani girl Zaara at the railway station as she's readying to leave for her home in Veer-Zaara.

Although she doesn't reciprocate immediately, she falls in love with him. 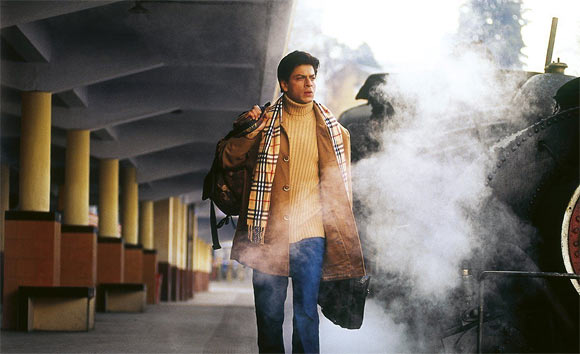 In yet another army man character, SRK arrives in Darjeeling to enroll in the college his senior's daughter is studying in, in Main Hoon Na.

What ensues is a fun filled journey where he bonds with is much younger peers and finds love in his leggy Chemistry teacher.

When Naina (Preity Zinta) is storming off at the subway, after she finds out that Aman is helping Rohit woo her, Aman grabs Rohit's personal diary and reads out a heartfelt entry about her in Kal Ho Naa Ho.

An important scene in the film, it leads to Rohit and Naina getting married. 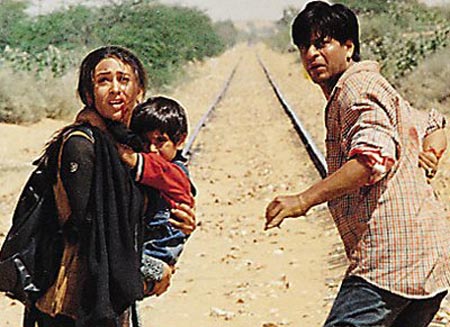 SRK plays drifter Jaisingh in Karisma Kapoor starrer Shakti and although he seems to be up to no good, ends up helping her escape from her tyrant father-in-law's house in Shakti.

The duo is being followed and while Karisma manages to hop on the train, Jaisingh dies on the tracks. 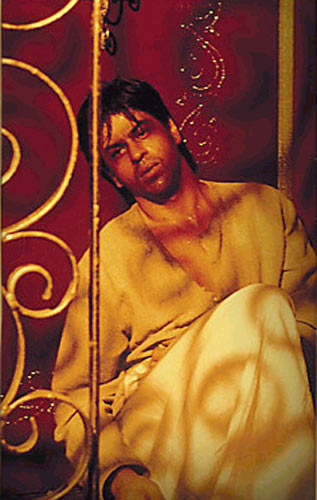 SRK's Devdas bumps into his friend Chunnilal in a train, and has his last share of drinks with him to celebrate their reunion, before he starts coughing blood. It finally leads to his death outside Paro's house.

In Karan Johar's Kuch Kuch Hota Hai, a heartbroken Anjali (Kajol) abruptly leaves college to be with her mother.

Her college best friend Rahul (SRK) follows her to the railway station and pleads her to not leave.

She leaves behind her red dupatta as a parting gift for him and his girlfriend Tina (Rani Mukerji). 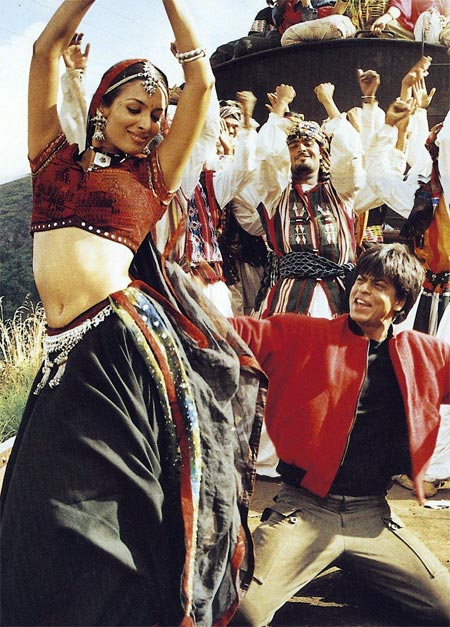 In one of the most pathbreaking dance sequences in films, SRK dances atop a moving train with then model Malaika Arora in Dil Se.

Incidentally, this is not his only brush with trains here. It is at a lonely station that SRK first meets and falls in love with the delicate-looking Manisha Koirala. 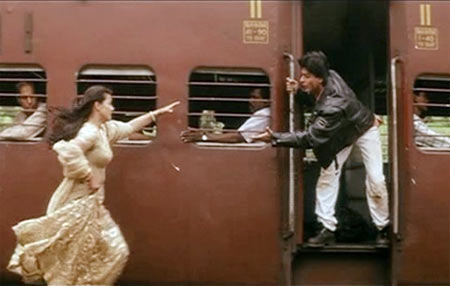 The iconic scene that SRK recently replicated with his Chennai Express costar Deepika Padukone for the film, is one of the standout moments in the 1995 film, Dilwale Dulhaniya Le Jayenge.

SRK's Raj meets Kajol's Simran for the first time when he helps her catch a train.

Later, the scene is replayed when Simran's uptight father, realising the error of his ways, lets go of her hand and she dashes to join her lover as the train chugs forward in the climax scene.

In his third film Chamatkar that released in 1992, SRK plays the simpleton Sunder who gets trapped in a train bogey full of girls.

Mala (Urmila Matondkar) leads the girls as they go about harrasing Sunder in the song titled Bicchhoo.