Sign in  |  Create a Rediffmail account
Rediff.com  » Movies » 'Salman Khan had asked me to be on Bigg Boss' 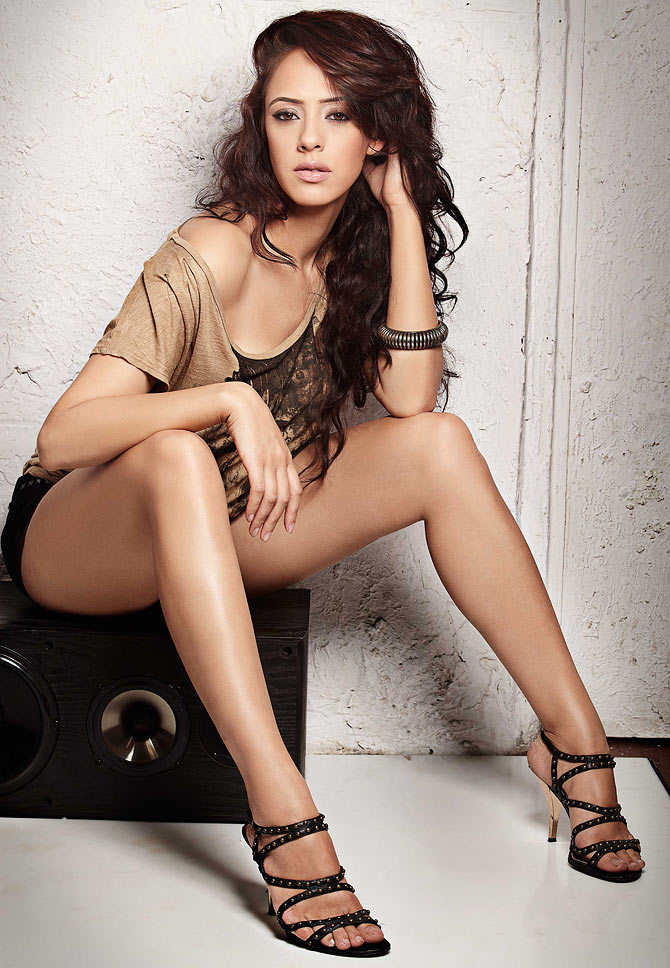 Hazel Keech is the first contestant to get evicted from the seventh edition of reality TV show, Bigg Boss.

The actress, who had made her Bollywood debut in the Salman Khan-starrer Bodyguard, admits that the eviction came as a shock to her, as she was confident about staying on the show longer.

'After entering Bigg Boss, I haven't been keeping well from quite sometime' 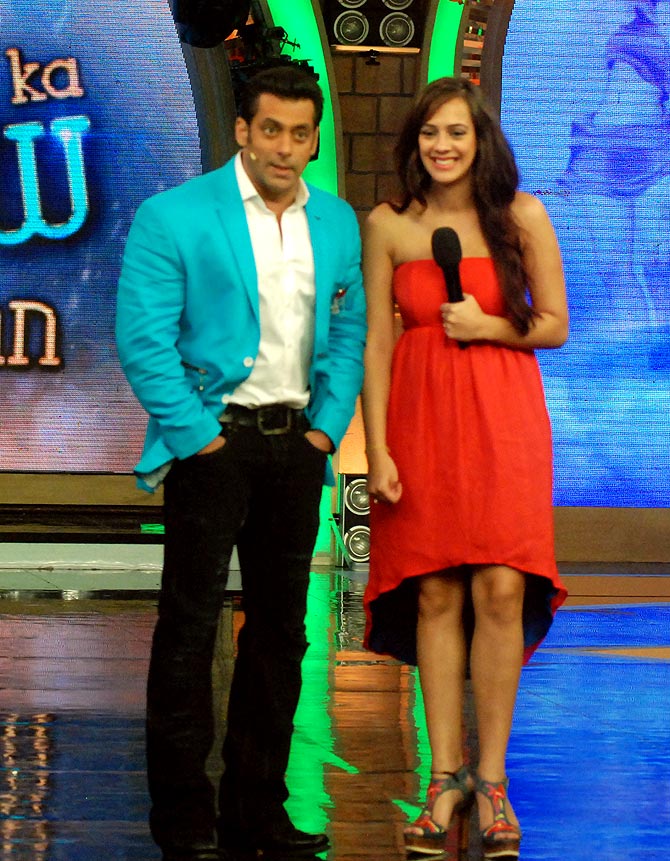 Hazel, who comes from a British background, managed to sail through the difficulties of Hell -- for those who don’t know, the Bigg Boss house has been divided into Jannat (Heaven) and Jahanum (Hell) sections -- and befriended almost everyone inside the house.

“After entering Bigg Boss, I haven’t been keeping well from quite sometime,” Hazel says. “I have fever, body ache and stomach upset. That’s one of the reasons why I think Bigg Boss decided to eliminate me from the show. I had taken medicine but that made it worse. Now I have been asked to do series of tests as precautionary measures.”

'I had not expected my departure so early' 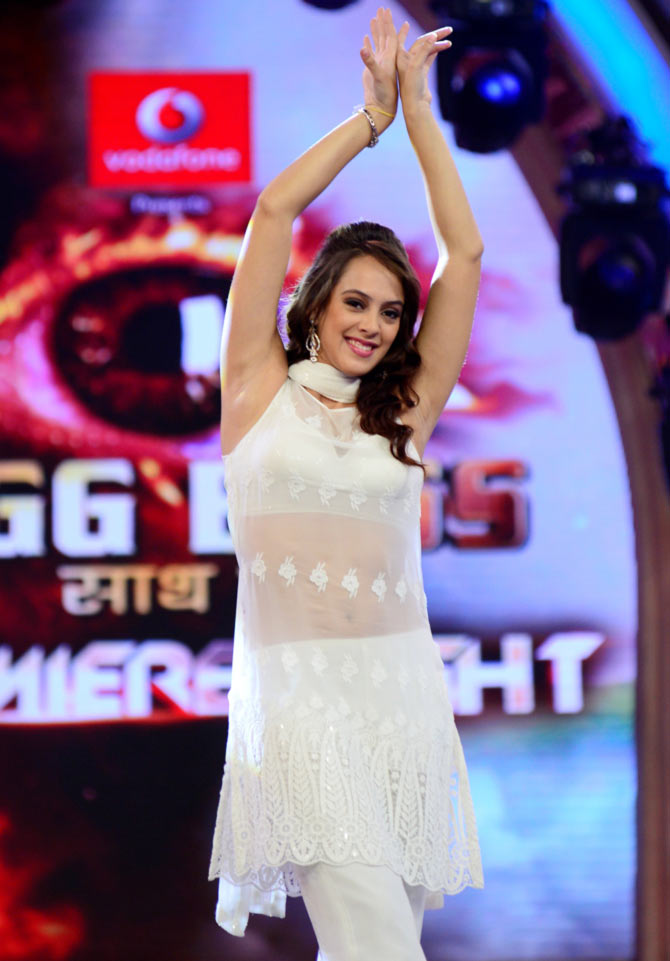 “I had not expected my departure so early but I am glad as I am not been keeping too well. The first two days were good. Everyone got on well. I enjoyed the task where we were made to churn a wheel all night. We played antakshari and danced to keep ourselves entertained,” she says.

“The living conditions in the Jahanum side were not good and we got very little food to eat. Also, the tasks given to us were tough. All this took a toll on my health. But I am glad that I was a part of the Jahanum team as there was more positivity and happiness. We were all together until Gauhar (Khan) fought with Armaan (Kohli),” she adds.

'Everybody has been seeing what's brewing between Kushal and Gauhar' “Kushal Tandon, Gauhar Khan and Pratyusha Banerjee are very bitchy. Pratyusha likes to create problems. She was the catalyst for the fight between Arman and Elli. She is a negative character. Andy is funny but disrespectful towards people. I liked Ratan Rajput, Armaan, Shilpa Saklani and Elli. I would like to stay in touch with them.”

About Kushal’s close friendship wuth Gauhar, Hazel says, “Everybody has been seeing what's brewing between Kushal and Gauhar. That’s why he’s rude."

'If I am called back, I will return' 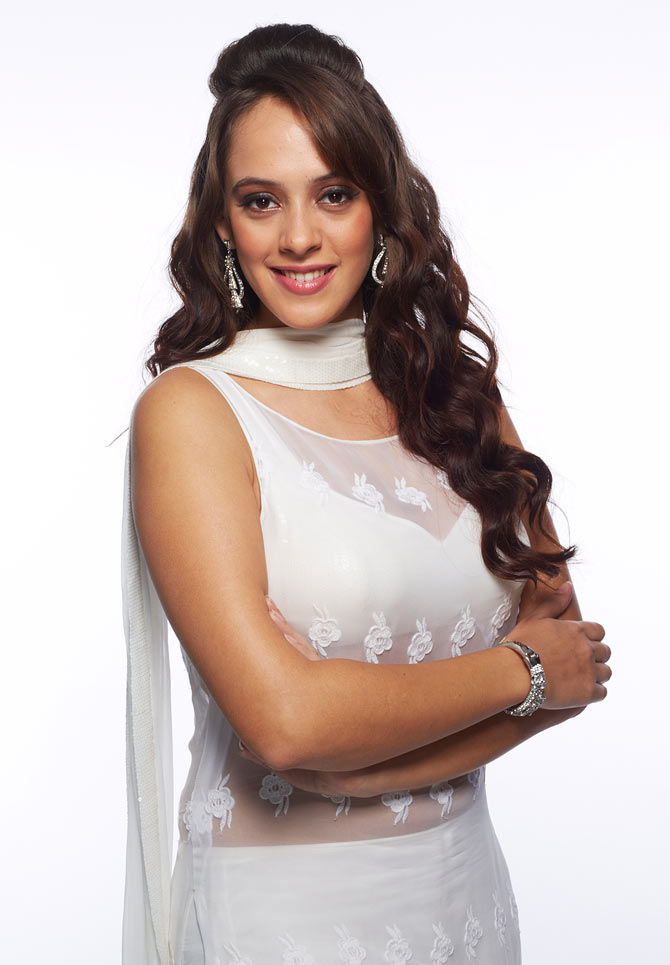 Hazel does not rule out the possibility of making a comeback as a wild card entry.

“If I am called back, I will return but hopefully on the Jannat side because it will make a great difference. I will get proper food and water at least,” she smiles.

The actor admits that it was Salman Khan, who made her sign up for the controversial show.

“Salman had asked me to be in the show. Since I had watched the previous season, I thought I should give it a shot -- to check my patience, live with different people and a limited food supply. But it was shocking to see the demarcation.”