Sign in  |  Create a Rediffmail account
Rediff.com  » Movies » Rani: When I admit my children to school, I will change my name

Rani: When I admit my children to school, I will change my name 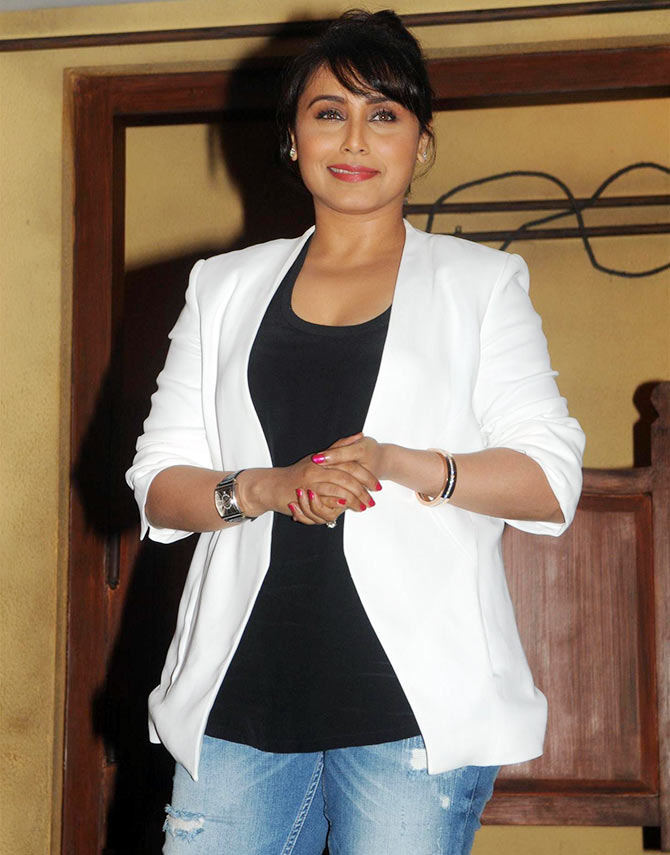 'Once you marry a man, you get a lot of power in the household. But apart from that, I can’t say anything. I have power in the kitchen.'

When Rani Mukerji met the media for the first time after her wedding to Aditya Chopra, she distributed moti choor ladoos to share her happiness, promising to double the sweets when she got pregnant.

The actress was attending the trailer launch of her new film Mardaani at the Yash Raj Studio in Andheri, a western suburb of Mumbai.

“I know you are upset that I got married at a far away destination (in Italy), but I had no say in it. My husband took me and I couldn’t say anything to him. I had no choice,” Rani excused herself.

She doesn’t intend to change her name. “You can call me Rani like you have been calling me. My name hasn’t changed. My name in film titles will be Rani Mukerji. I love my name and all my fans know me by that name. In my personal life, when I admit children to school, I will have to change my surname.”

'Marriage does not make you a different person' 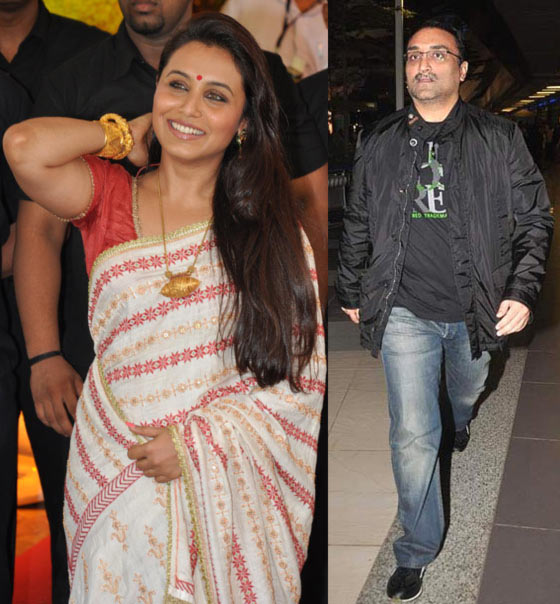 Since hubby Aditya is known to be a very reclusive man, rarely photographed, will he be more accessible now?

“We are always together. We go out together. As a person, he made a conscious decision to concentrate more on his work rather then being seen and I don’t think marriage will change that decision,” Rani says.

“Marriage does not make you a different person; it is just an extension. I am sure he will want to maintain his privacy. As long as he is visible to me, I am very happy,” she continues.

'We actors are beggars' 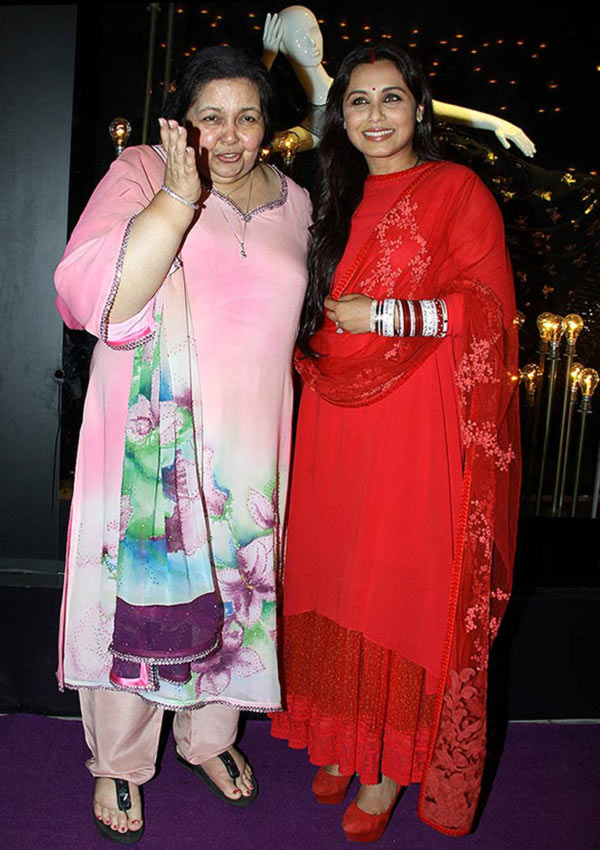 She has no intentions of giving up work after marriage. In fact, she said, “I hope this is a second coming for me. I hope to work till I literally take my boots off.

“You can’t take the artist out of me, even though I will have to play different roles now -- of a wife and in future, of a mother. But I will continue playing my role of an artist.”

When asked if she would like to play strong women roles after Mardaani, she replied: “We actors are beggars. We only get to do the films that are offered to us. I would surely like to do many strong female roles.”

'I would like to take over the house, not the office'

But now that she is the wife of a powerful producer, surely she has more power?

“Once you marry a man, you get a lot of power in the household. But apart from that, I can’t say anything. I have power in the kitchen.”

“Adi is at the helm of everything. I don’t think he requires anybody else. I would like to take over the house, not the office,” she says.

'I am waiting for Preity to get married' 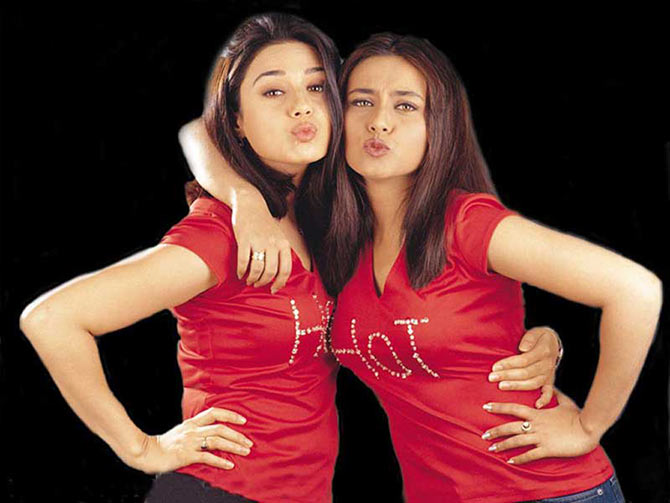 Asked to comment on her friend Preity Zinta’s troubles with her ex beau Ness Wadia, Rani said, “I don’t think Preity can go through hard times; it is difficult for her to go through that, she is a strong woman.

“The case is under investigation so this is not the right platform to talk about it. It is a very personal thing. I don’t like to comment on somebody else’s life.”

Preity, she added, is “a great person and she is my colleague since long. We have done four films together.

“Preity always told me that she and I would get married on the same day so our marriages would be super successful. I have beaten her to that. I am waiting for Preity to get married.” 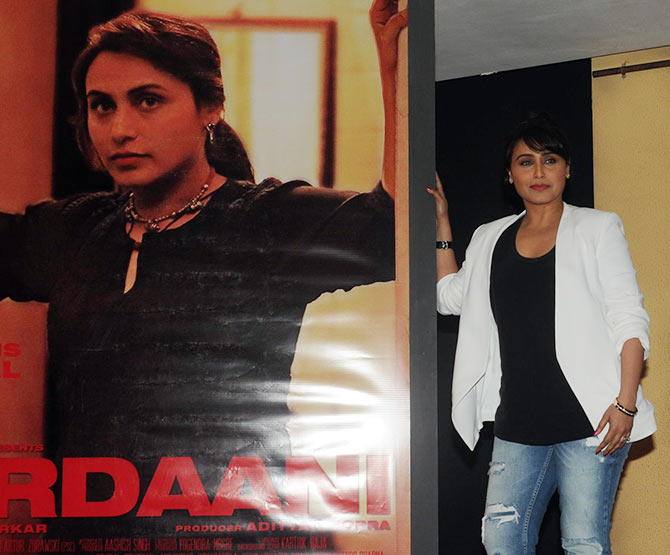 About Mardaani she said: “This film means a lot to me. My father is from Jhansi and my name is Rani. My father would say when I was a kid, ‘Khub ladi mardaani woh toh Jhansiwali Rani. As a kid, I’ve been to the Jhansi Fort many times with my father for early morning walks.”

She added, “We want the mardaani spirit to awaken in the hearts of all the girls and women of India so that no one takes undue advantage of women.”

“Right from my first film Raja Ki Aayegi Baraat, I have been playing Mardaani kind of roles. I have given a strong message to all women. It was very interesting to play Shivani Shivaji Roy, senior inspector in the crime branch.

“I did a lot of research for this film. I met lots of lady inspectors and got inspiration from them. I want the people of India to know how much lady inspectors have contributed to our lives. People think just because they are ladies they won’t be as strong as male officers but that is not true.”

'If I knew what went wrong with Lagaa Chunari, I would be an astrologer' 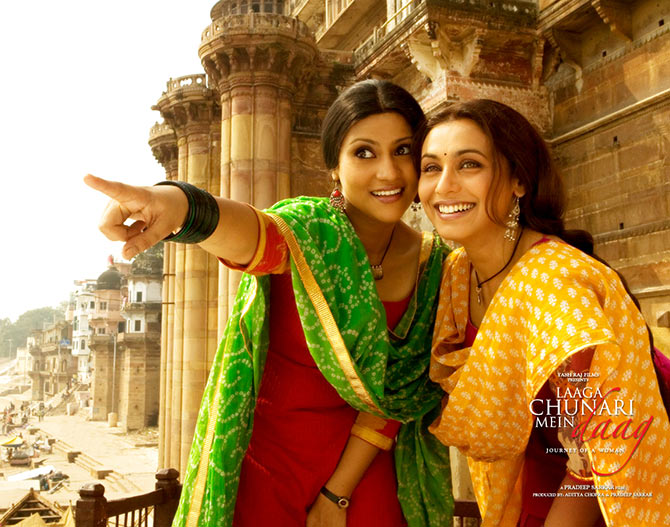 She says she is inspired by her mother, who is “a tigress.”

“She is a very strong personality in the house. All my maasis (aunts) are known for being very strong. I have been a mardaani off screen as well. My friends are scared to talk nonsense to me - they know I will show my mardaani side to them.”

Rani reunites with her Lagaa Chunari Main Daag director Pradeep Sarkar for the film, and she doesn’t mind the fact that the earlier film was a flop.

“If I knew what went wrong with Lagaa Chunari, I would be an astrologer. I am happy I am working with Dada again. He is an extremely talented director. I hope we wash off the daag (stain) we created earlier,” she says.

For the action sequences she learnt Krav Maga, an Israeli martial art. The training was extensive and the instructors were from Delhi.

“Krav Maga emphasises the fact that you don’t have to be physically strong to protect yourself,” she says. 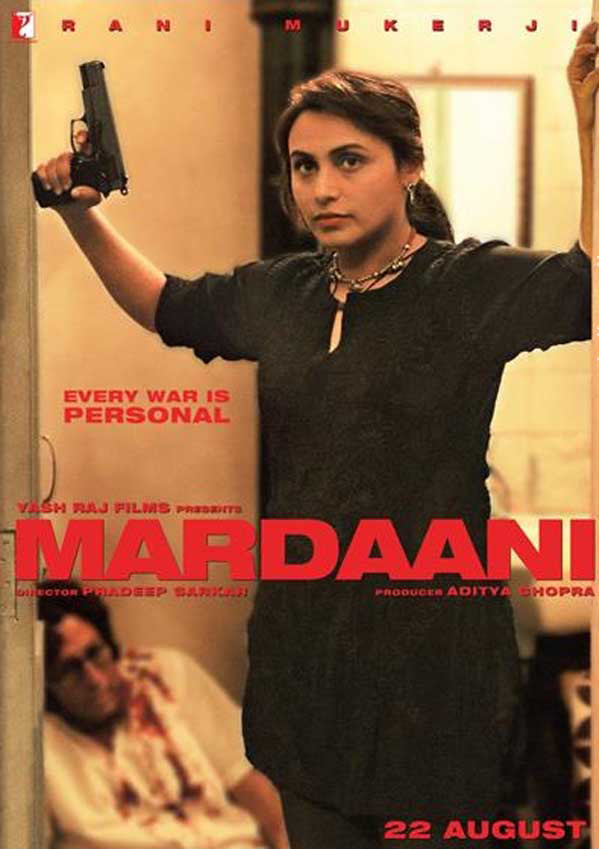 Singham Returns releases a week before and is a similar kind of action film, but Rani says the films are different.

“There will be comparisons between the two but I am a female cop and he is a male cop -- that is a big difference. I am an officer from the crime branch so you won’t see me in uniform like Ajay Devgn,” she says.