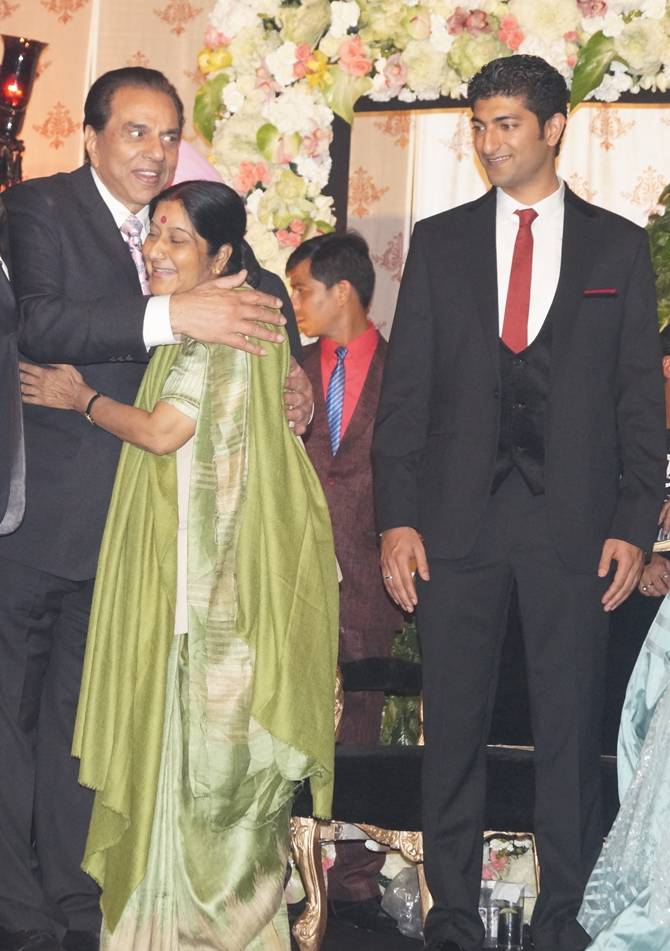 Dharmendra and Hema Malini, both former BJP Members of Parliament, welcome the Capital's top politicians at the do. 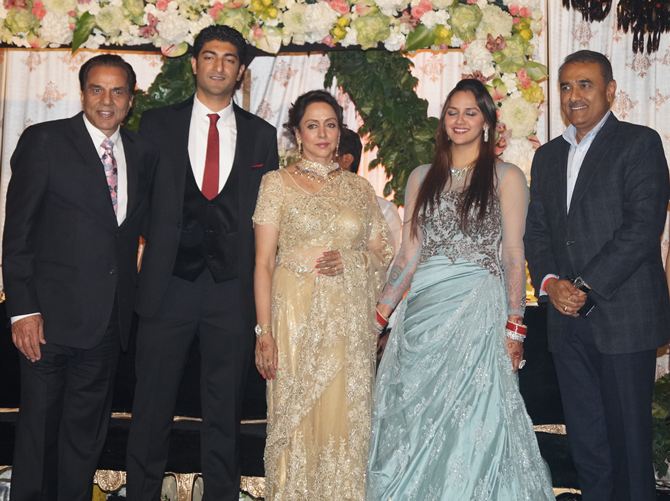 Bridegroom Vaibhav Vora's parents pose for pictures, next to Ahana. 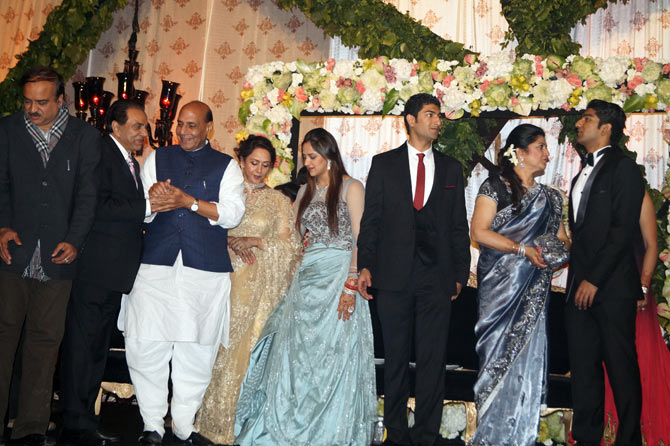 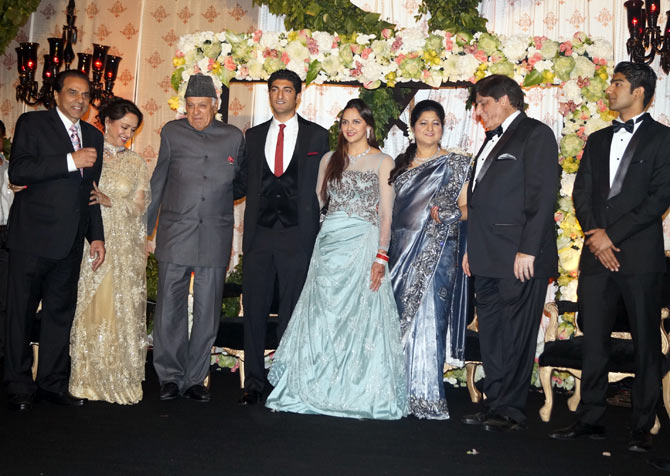 Former Jammu and Kashmir chief minister Dr Farooq Abdullah was also present at the star-studded do. 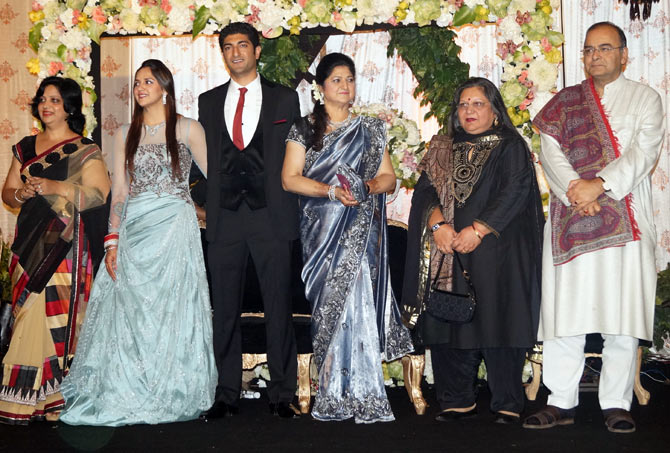 Image: Arun and Sangeeta Jaitley with the family

BJP leader Arun Jaitley arrived with his wife Sangeeta for the do. 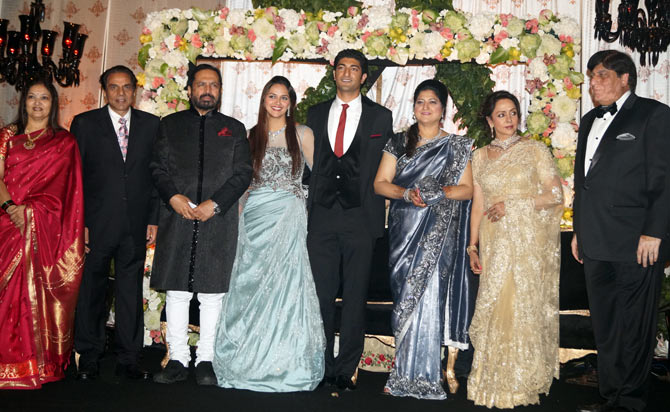 Image: Suresh and Meera Kalmadi with the family

MP Suresh Kalmadi and his wife Meera (in red sari) poses for pictures with the newlyweds. 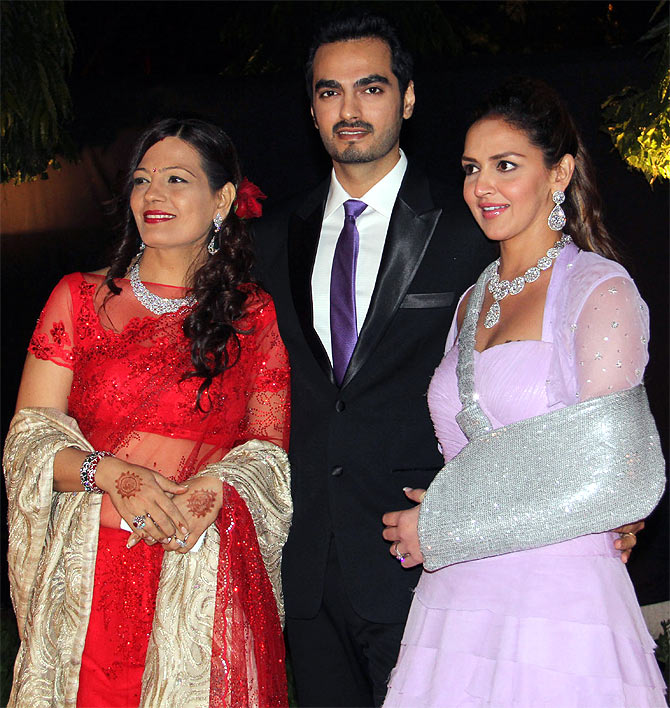 Ahana's beautiful older sister Esha was spotted with a matching sling. She was accompanied by husband Bharat Takhtani.