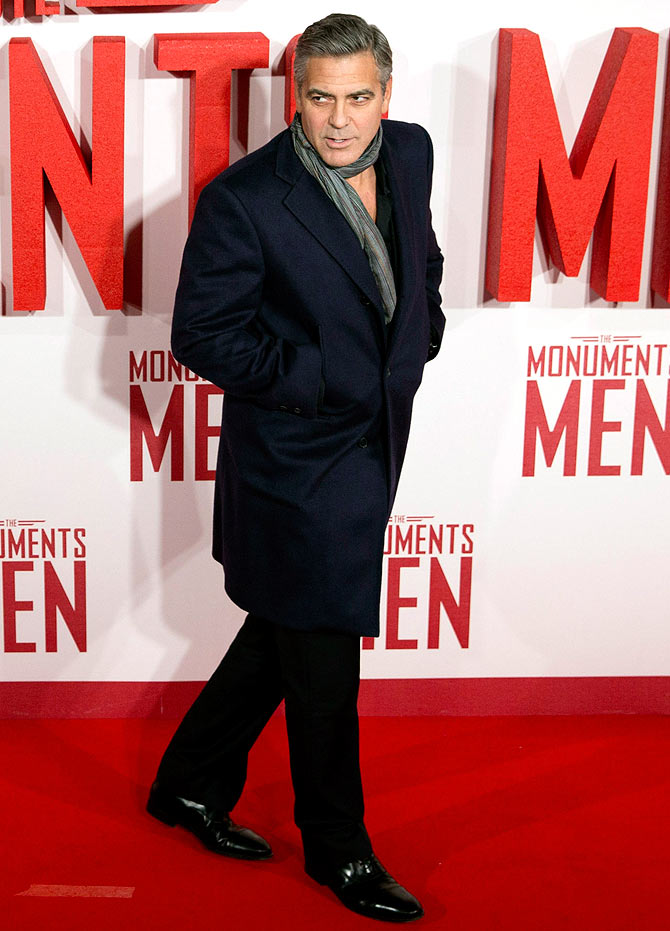 Actor and director George Clooney arrives on the red carpet for the star-studded screening of The Monuments Men in London on February 11.

Directed and co-produced by Clooney, the film is an American-German war film and opened in American theatres on February 7. 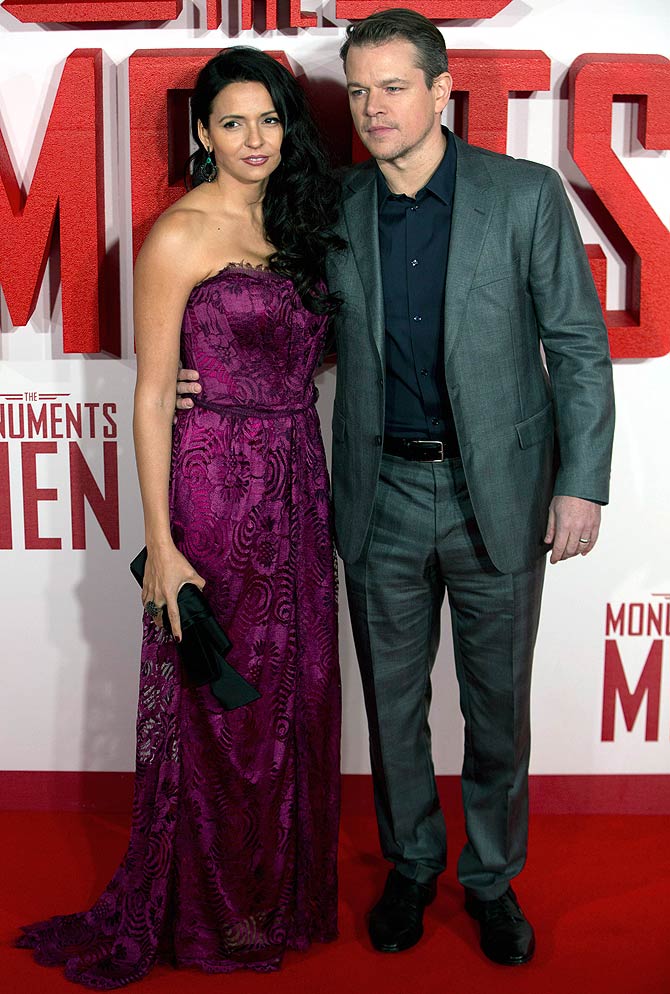 Actor Matt Damon and his wife Luciana Barroso arrive for the do. 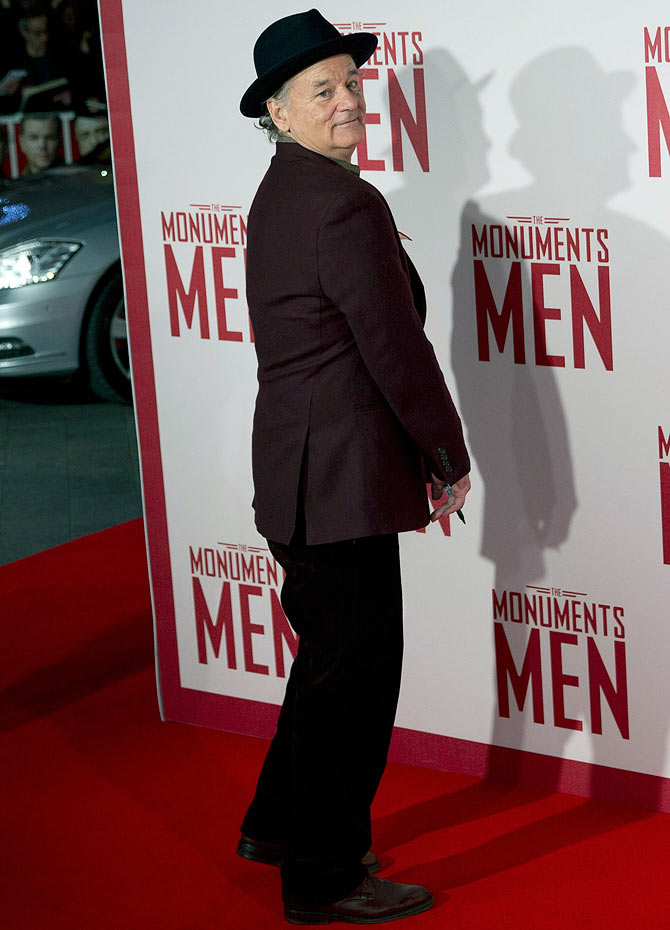 Veteran actor Bill Murray made quite an entrance. 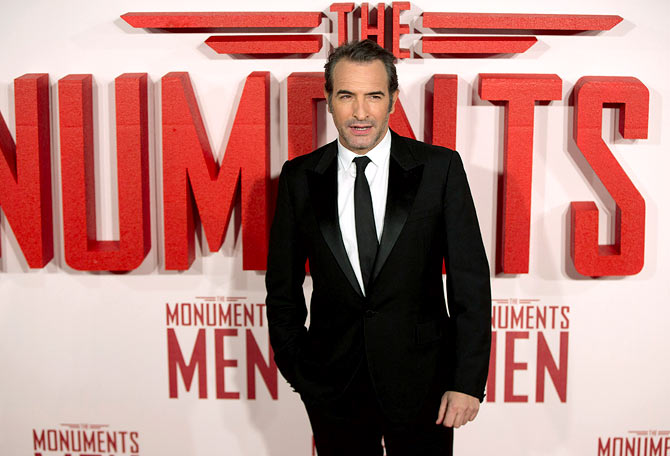 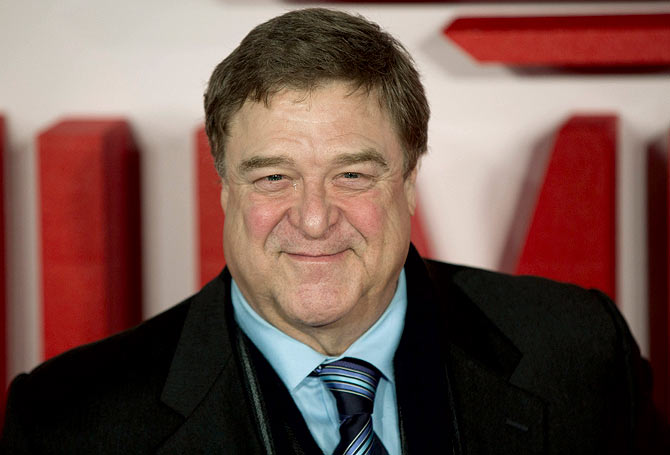 Inside Llewyn Davis star John Goodman was present at the premiere too.