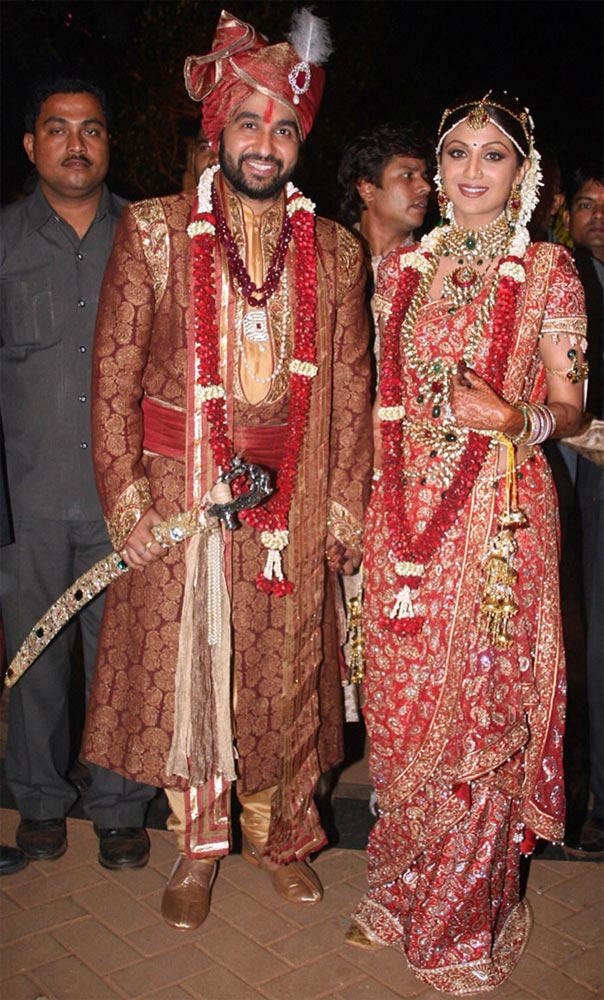 Quite a few Bollywood stars have opted to marry outside the Maximum City.

A wedding is one of the most important day in a person’s life, celebrity or otherwise.

But when you’re an affluent star, the possibilities to host a lavish celebration are endless.

From trousseau to themes to venue, Bollywood’s famous like to wed in style off screen as well.

Like actress Rani Mukerji and filmmaker Aditya Chopra who, after years of speculation, finally made it official by the romantic Italian countryside in the company of close friends and family.

Far away from prying eyes and ubiquitous paparazzi, Rani was only too happy to share the pleasant news of her foreign-themed “fairy tale” wedding.

While Mumbai continues to be the favoured spot for most high-profile weddings like Abhishek-Ash Bachchan, some stars opt for hush-hush ceremonies in undisclosed areas or luxurious destination weddings outside the hullabaloo of Maximum City.

Shilpa Shetty and her businessman beau Raj Kundra too picked the peaceful spot of Khandala to become husband and wife.

Though their wedding hosted at Bawa Villa was devoid of star presence, the extravagantly bejewelled bride and groom more than made up for the dazzle deficit. 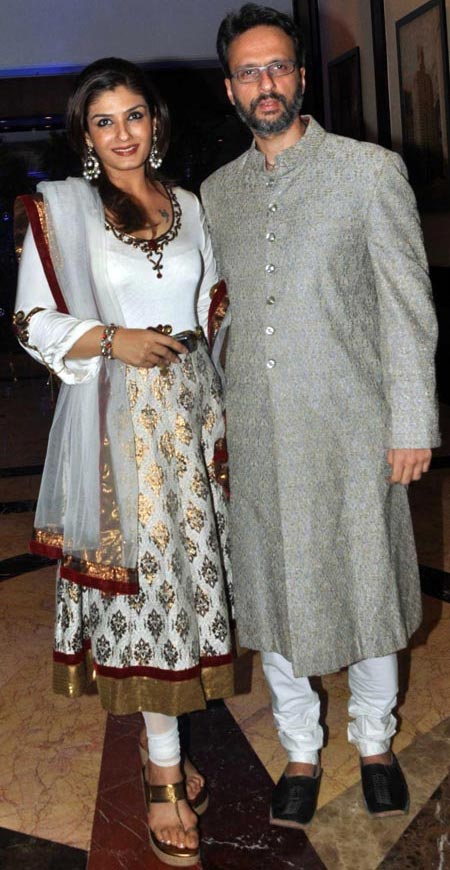 She may have performed the saat pheras scene many a times for the camera but nothing comes close to her grand royal wedding in real life.

The Mohra star enjoyed a party fit for a princess at Jag Mandir Palace Hotel at Pichchola Lake in Udaipur when she tied the knot to film distributor Anil Thadani. 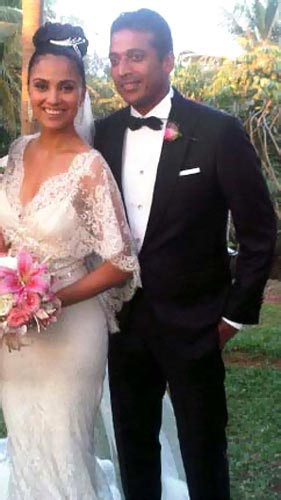 Keeping it classy as always, Lara Dutta and Mahesh Bhupati exchanged vows at the sunset point of Goa’s striking Portuguese Fort of Aguada.

Before jetting off to Goa and doing it the traditional way, they had a civil ceremony in Mumbai. 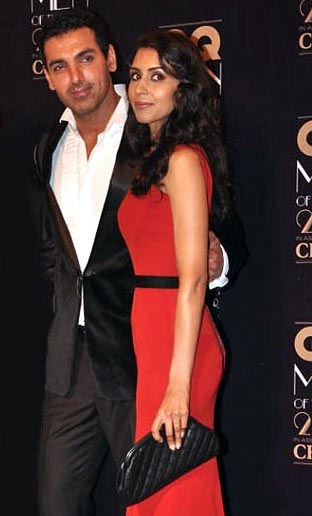 Wary of the media after the extensive coverage his relationship and subsequent break up with co-star Bipasha Basu, John Abraham preferred to keep his personal life strictly under wraps while dating US based investment banker, Priya Runchal.

The duo got married in a private ceremony in Los Angeles with the Madras Café star breaking it rather offhandedly 'Love John and Priya Abraham' on Twitter. 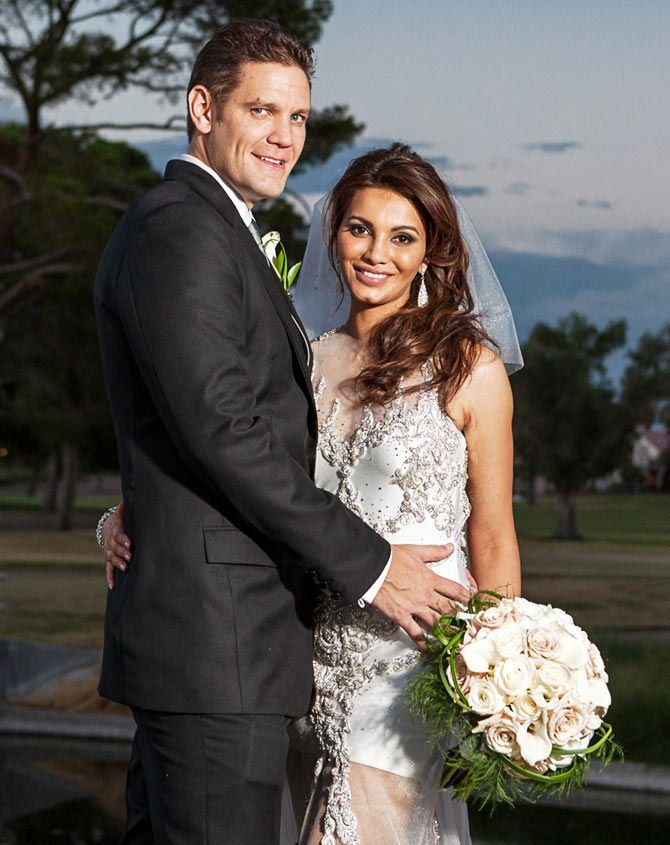 The former Miss World and Bollywood starlet Diana Hayden walked the altar with boyfriend Colin Dick at the Las Vegas Country Club in what the stunner referred to as a 'fairy-tale three day affair.'

The newly-weds followed the white wedding with a romantic honeymoon in Italy. 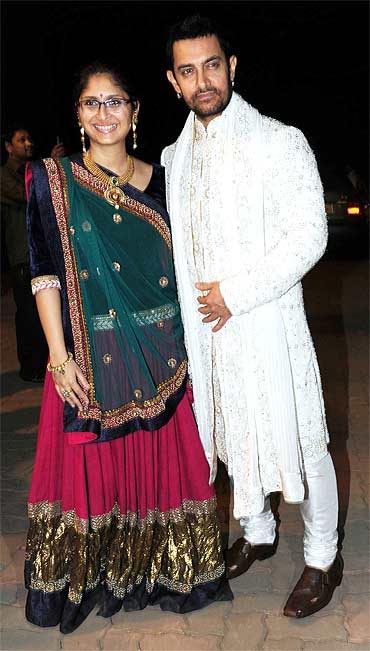 The wedding took place at Panchgani’s majestic Il Palazzo hotel with limousines, ghazal recitals and exotic delicacies on its menu. 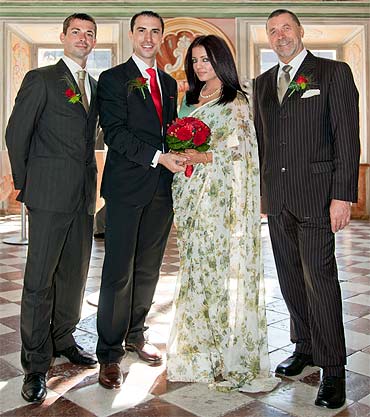 The sexy star of films like No Entry and Janasheen bid adieu from films to wed Dubai-based hotelier Peter Haag in a 1,000-year-old monastery of Austria.

While her dapper better half wore a suit, the former Miss India wore a simple printed sari paired with pearls at her nuptials. The two are now parents to twins -- Winston and Viraaj. 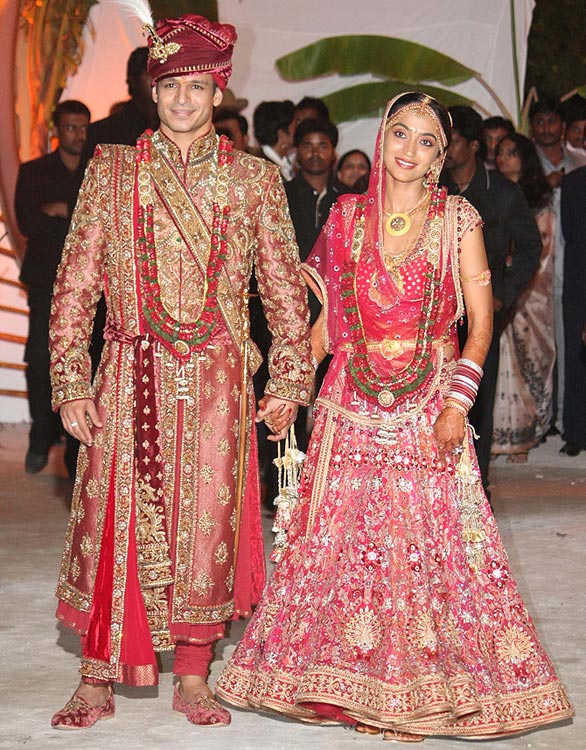 If there’s one time a groom was as dolled up as his bride (if not more) it’s got to be Vivek Oberoi’s glittery avatar head to toe on his big day.

The Krrish 3 star married the Bangalore-based Priyanka, daughter of danseuse Nandini Alva and late Janata Dal (U) leader Jeevraj Alva at the Alva farmhouse in the Garden City with pomp and splendor replete with imported lotuses from Thailand and a Swarovski crystals-studded shaadi mandap. 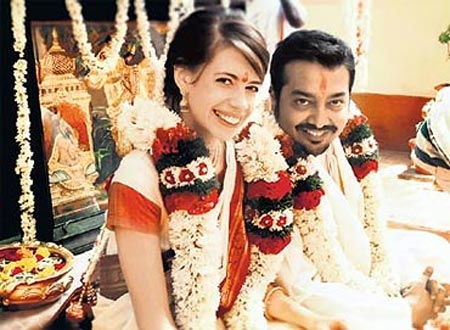 Far away from the hustle bustle of polluted cities, director Anurag Kashyap and his discovery, Kalki Koechlin picked the serene hill station Ooty to tie the knot.

The couple got married in Ooty’s Kalhatty village, under the same 100-year old mango tree, the Yeh Jawani Hai Deewani actress would climb on as a kid.

Though the duo is now taking time apart, Kashyap insists he hasn’t given up on their marriage. 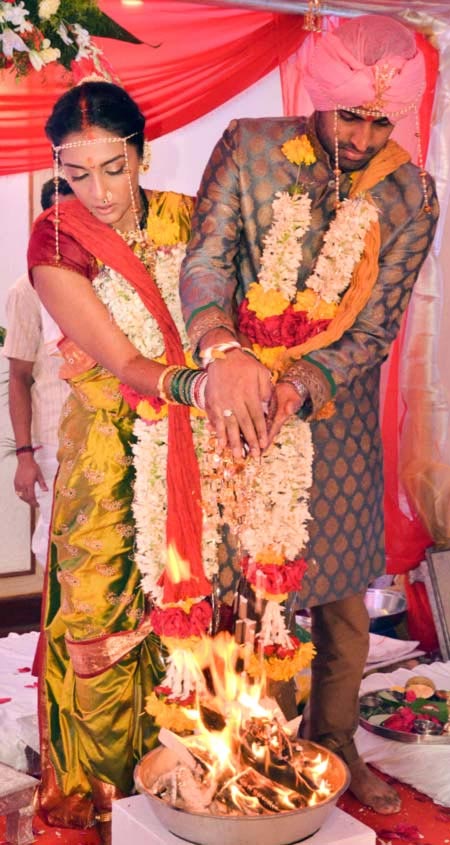 Actress Shveta Salve who made her Bollywood debut alongside Dino Morea and Rinkie Khanna in Pyaar Mein Kabhi Kabhi but earned fame on small screen, too, picked the dreamy venue of blue sea, silvery beaches and golden sunsets -- Goa to marry her long-time boyfriend, Harmeet Sethi.

While Salve wore an ornate navaari sari, Sethi represented his Punjabi roots with flamboyance during the traditional pheras.