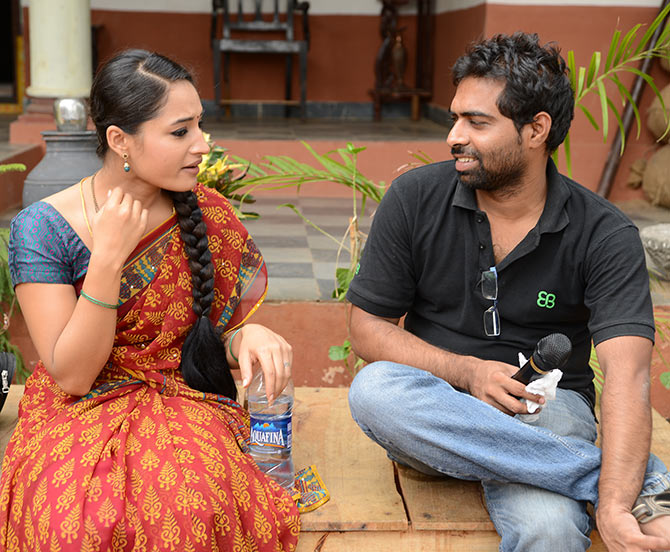 'Apart from location permissions, everything went smoothly. But my lack of experience cost me more money and time.'

Reddy has produced and directed the film without any prior training or experience in films. The film will release on August 1.

“I had never seen a film shoot, yet I felt comfortable. I felt I belonged here,” he said in this exclusive interview with Radhika Rajamani.

What made you get into films and turn director?

I come from a small village in Kadapa, Andhra Pradesh. When I was in engineering college in Nellore, I narrated a story that came into my mind to a few friends.

My friends said they liked it, so I decided to go to Hyderabad to make a film.

But I realised that if I gave my story to other directors, they may pollute it. So I decided to become a director.

However, I worked in the software industry for eight years, in Bangalore, Korea, Sweden, China and finally I am here.

Though that story vanished long back, it made me a director!

You are also doing a documentary on Kuchipudi.

I am still in the process of production of the Kuchipudi documentary. It will show the evolution of Kuchipudi, interaction with big gurus and a few basic steps.

'Adavi Kachina Vennela is in a very different genre' 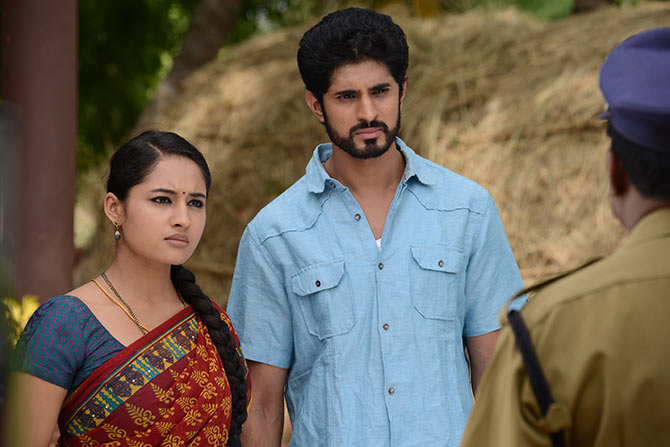 How did you get the idea for making Adavi Kachina Vennela? Is the film inspired by any incident or film?

I was in my native village one weekend when a friend pointed to a person walking by and said he had sold most of his properties in search of gold pots.

Later, when I was thinking of a movie with no budget, that character struck me. I was awestruck by that person, and got this idea.

It was so fascinating that he was in search of gold pots. He was desperate to sell what he had and strongly believed he would find something.

The protagonist in my film too is in search of something.

Films set in the forest are few. What made you want to make such a film?

It’s not set in a forest but in a village. Adavi Kachina Vennela (Moonlight in the forest) is a very popular Telugu saying, referring to waste of talent or effort.

How would you categorise the film? Is it a thriller?

I never thought of it in terms of being genre specific. I had an idea and it transformed itself into a two-hour movie.

What determined your casting of Aravind Krishna, Pooja Ramachandran and Meenakshi Dixit?

I saw my characters hiding in their bodies. When I wrote the story, I needed a character that was desperate, serious and mature. I met a few actors but things did not work out.

I met Aravind through a friend and found him suitable for the role.

I saw pictures of Meenakshi Dixit online. She’s playing an athlete who aspires for the Olympics. I came to know she acted in Devaraya and later contacted her and she liked her role.

I saw Pooja Ramachandran in Swamy Ra Ra and contacted her.

'My lack of experience cost me more money and time' 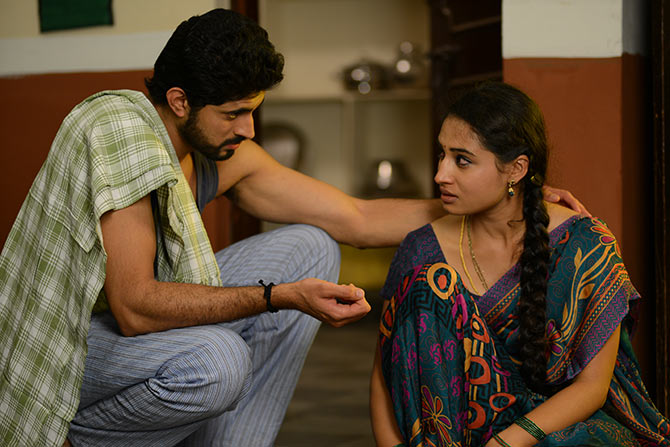 What were the challenges you faced while shooting the film?

Apart from location permissions, everything went smoothly. But my lack of experience cost me more money and time.

You have two relative newcomers, Karthik Rodriguez and Josybhatla, as music directors. What made you choose them?

The lyrics were written first by the great Sirivennela gaaru.

After that, I chose four-five different music directors to tune them. Josyabhatla and Karthik delivered the best music for the film.

How did it feel to direct your debut film?

I enjoyed it thoroughly. Though I had not seen a film shoot or had any film training, I kind of felt the film set was familiar to me and that I belong here.

Being the producer myself was the real strain.

There are many films releasing on August 1. How does it feel to be in this competition?

I don't think it is a competition. There is enough space for all us to do well as long as the content is good.

Yes, I have a couple of bound scripts.

I will decide which one to make first based on the outcome of Adavi Kachina Vennela.