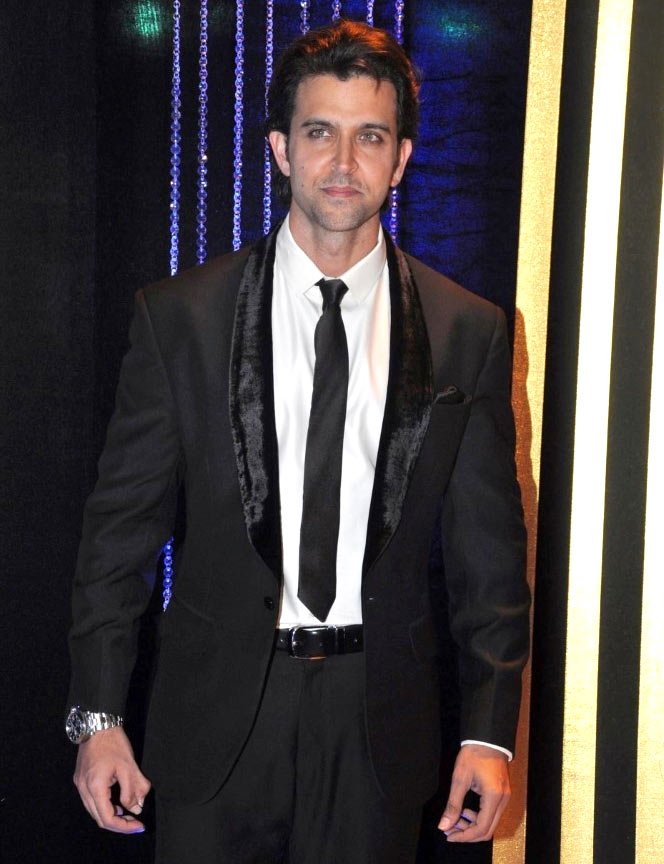 The Bombay High Court has ordered Subhash Ghai to return the 20-acre Whistling Woods plot at Film City, in suburban Mumbai, to the government by July 31.

Several celebrities took to Twitter to request Chief Minister Prithviraj Chavan to intervene in the matter. Here's what they said:

Hrithik Roshan: 'Pls do not dislodge an institute which has done what it promised and more! @Whistling_Woods @meghnaghaipuri I salute you 4 all u hv done.'

Shekhar Kapur: 'Enthusiastic/creative students @Whistling_Woods abt 2 b closed down ending hopes for 700 others.'

Arjun Kapoor: 'Whistling woods needs to exist to give people hope sir,hope that cinema can be taught learnt and experienced at the highest level @prithvrj.'

A.R.Rahman: 'Let art flourish, let the people who educate passionately be supported ..education will empower our nation..be kind to @Whistling_Woods.'

Shreyas Talpade: '1 institution where I genuinely flt like studying but couldn't.Don't take it away from those who can n wnt to @Whistling_Woods.'

Boman Irani: 'At the end of the day #whistling woods is a temple of learning.The last thing one must bring down. An appeal for students & industry!'

Nikhil Advani: 'A terrible shame that contribution to film-making is not being recognized. @Whistling_Woods has made it easier to access young talent.'

Karan Johar: 'As a filmmaker I request the authorities to preserve and protect @Whistling_Woods....it has it's heart embedded in contributing to cinema.'

Sudhir Mishra: 'Mr Prithviraj Raj Chouhan pls find a solution for Whistling Woods. It's a 1st rate institution n Subhashji has done cinema a Grt service! So much land for crap n no controversies. So much fuss over land for an educational institution. Come on Sirs, surely there is a solution!'

Meanwhile, Subhash Ghai took to thank his well-wishers and wrote: 'Thank u all wellwishers fr prayers fr WHISTLINGWOODS @longlivewwi n appeal to govt @ prithvrj to save institute as their own initiative PPP. My heart goes for students n wud be students who are praying for WHISTLING WOODS long life coz it has built with passion n love. Only those who hv visited campus of# whistlingwoods filmcity can relate with its importance n honest passion n sacrifice by people behind.' 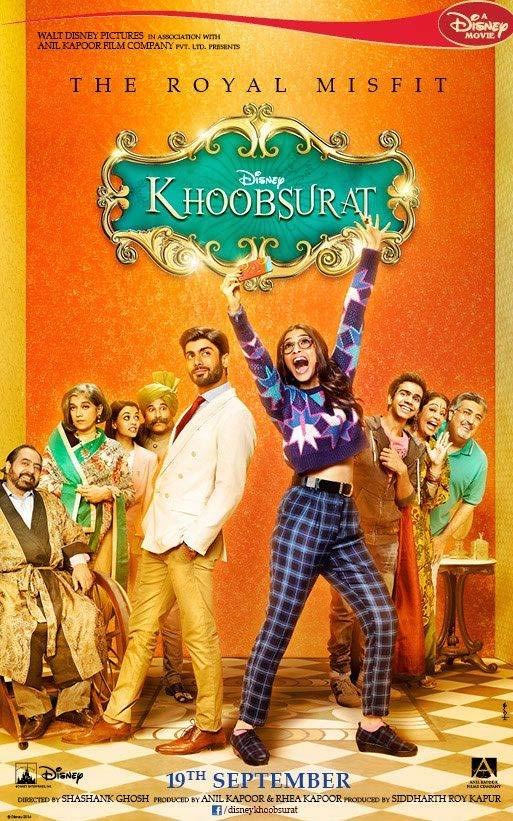 The first poster of Khoobsurat is out.

Sonam Kapoor shared the official poster and tweeted: 'Its time to know me aka #Khoobsurat Mili and my prince charming better.'

Directed by Shashanka Ghosh, the film is a remake of Hrishikesh Mukherjee's 1980 cult comedy Khubsoorat. 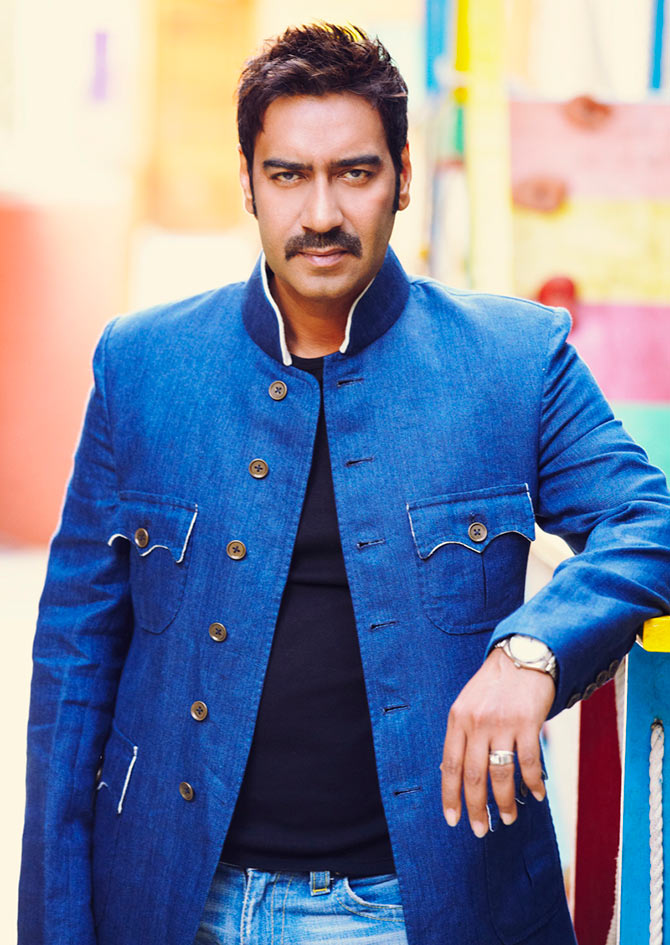 Ajay Devgn, who spent Sunday with his daughter Nysa, learnt some acronyms from her.

'No shooting today, stayed home & Nyasa made me learn some cute lingo that kids use these days. Let me see if you can guess what it means. Do you know what DFTBA means?? "Don't Forget To Be Awesome".... yeh to mostly sab logon ne sahee guess kiya. How about YOLO ?? Yes, YOLO means "You Only Live Once".. Accha what about "Tots" and "Amaze-Bubbles"??' the 45-year-old actor tweeted.

'Lagta hai last waale difficult the.. Tots is "Totally" and Amaze-Bubbles is "Amazing, Cool". Here are the last ones.. Nyasa says yeh waale easy hain and everyone would know.. TTYL, LMAO & OMG,' he added.

'This was easy: Talk To You Later, Laughing My Ass Off & Oh My God. Going forward I will also try and use this language in my tweets, TTYL.. Managed to tease my daughter by calling her Nyasa & not Nysa coz everyone calls her Nyasa. Need to go and pacify Nysa now,' he signed off.

Devgn will be next seen in Singham Returns, which releases on August 15. 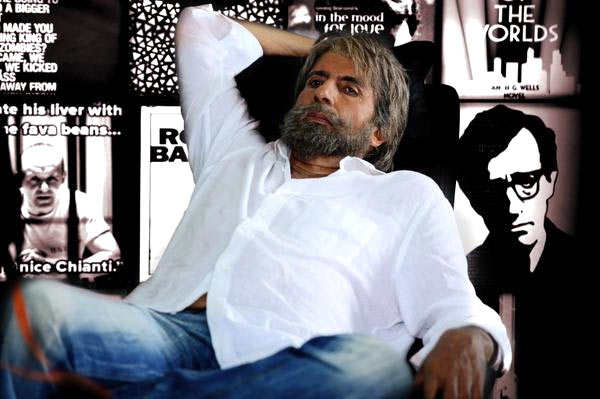 After a vacation in Brazil, Amitabh Bachchan has resumed shooting for R Balki's next film Shamitabh.

He shared a picture from the sets and tweeted: ''Shamitabh' in the day .. its quite an effort to live with that hair all day!! Work energises ! many would disagree .. I agree and agreed hard.'

'And its divine to doze off on set while they 'light up' .. feel refreshed and new almost .. ready to take on the next one head on!' the 71-year-old actor added. 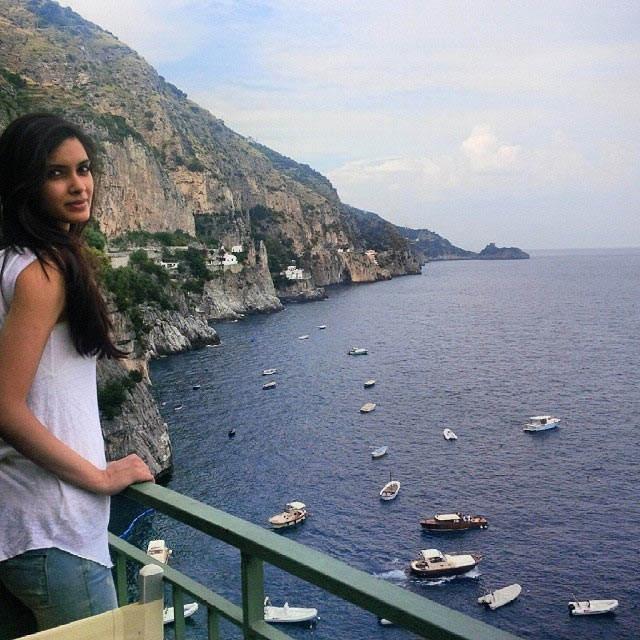 Actress Diana Penty, who is currently vacationing in Italy, shared a picture of her and wrote: 'Italia!! #Sunmer #Holiday #Praiano #AmalfiCoast.'