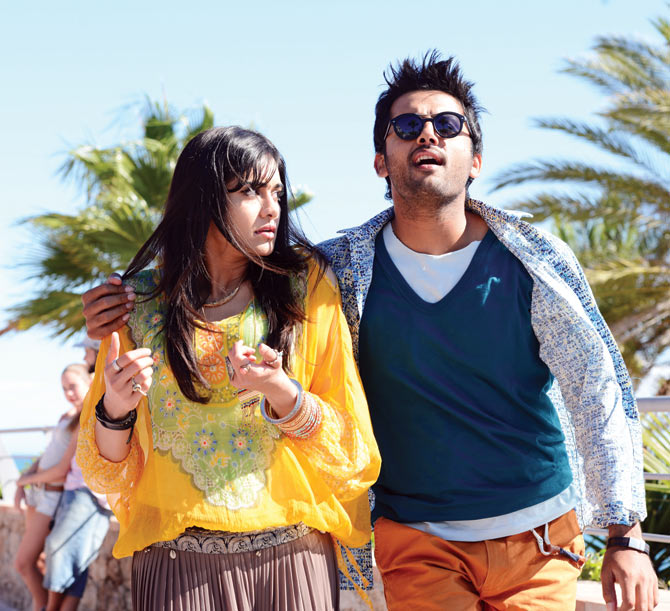 Two films, Pandavula Pandavula Thummeda, and Heart Attack will be opening in theatres this Friday.

Puri Jagannadh directs Heart Attack and has also written the screenplay and produced the film under the banner of Puri Jagannadh Touring Talkies.

Nithiin is riding the crest of a wave of success after two hits, Ishq and Gunde Jaari Gallanthayinde.

Adah Sharma, who shot to fame with Vikram Bhatt’s 1920, will make her debut in Telugu films.

After Bangkok, Puri seems to be fascinated by Spain, where he shot much of Iddarammayilatho.

He’s gone to Spain again to shoot for Heart Attack. The audio of the film was released in Bangkok, one of Puri’s favourite destinations.  He is said to write his scripts there too.

Anoop Reubens has composed the music for Bhaskara Bhatla’s lyrics. Amol Rathod is the cinematographer and S R Sekhar has edited the film. 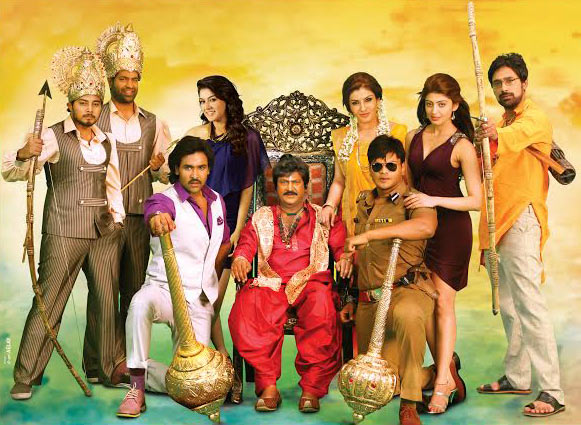 This is a Manchu family film, with father Mohan Babu, his two sons, Vishnu and Manoj all appearing together for the first time.

The veteran Mohan Babu, who returns to the big screen after a gap, plays a smart, intelligent and entertaining tourist guide.

Raveena Tandon is paired opposite him. She is doing a Telugu film after more than a decade.

Vishnu Manchu plays an angry young man. Manoj Manchu plays both a cop and a lady, and the film has been in the news for Manoj’s feminine avatar.

The screenplay is by BVS Ravi, Gopi Mohan and Kona Venkat. The music has been composed by Bappa Lahiri, Achu Rajamani and Chinna.

Palani Kumar is the cinematographer and M R Varma edits the film.

This Rs 30-crore film will be released internationally by 24 Frames Factory.