'From today, my word of inspiration is Yellow' 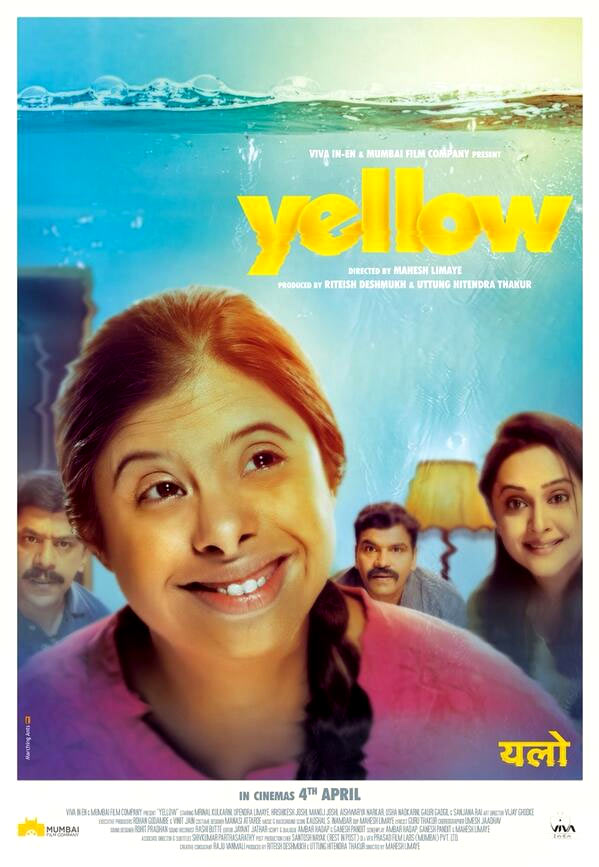 Several Bollywood stars, who attended the special screening of the Marathi film Yellow, turned to Twitter to shower their praise:

Sonal Chauhan: 'No words 2express how moved I am right now. What a beautiful film #yellow is. Makes u think at so many levels. Thank u @Riteishd 4makin it.'

Atul Kasbekar: 'Marathi cinema is possibly the most evolved in India. I'm VERY serious. Pl watch 'Balak Palak', 'Timepass', 'Fandry' and now 'Yellow' this weekend. The movies are subtitled so the language won't be an issue. Superb acting, terrific unusual plots n scripts n done in minuscule budgets. Furthermore Marathi films NEVER seem technically deficient compared to its higher spending counterparts in other languages. Marathi cinema is refreshingly not dependent on a star system. So the audience will watch a good film because it's just that, a good film.'

Shekhar Ravjiani: 'Wishing @Riteishd the very best for #Yellow a film made with so much heart. Hope its beautiful message touches as many lives as possible.'

Neil Nitin Mukesh: 'From today my word of Inspiration is YELLOW !!!! What an incredible film. It is a must watch for everyone. @Riteishd take a Bow!!!' 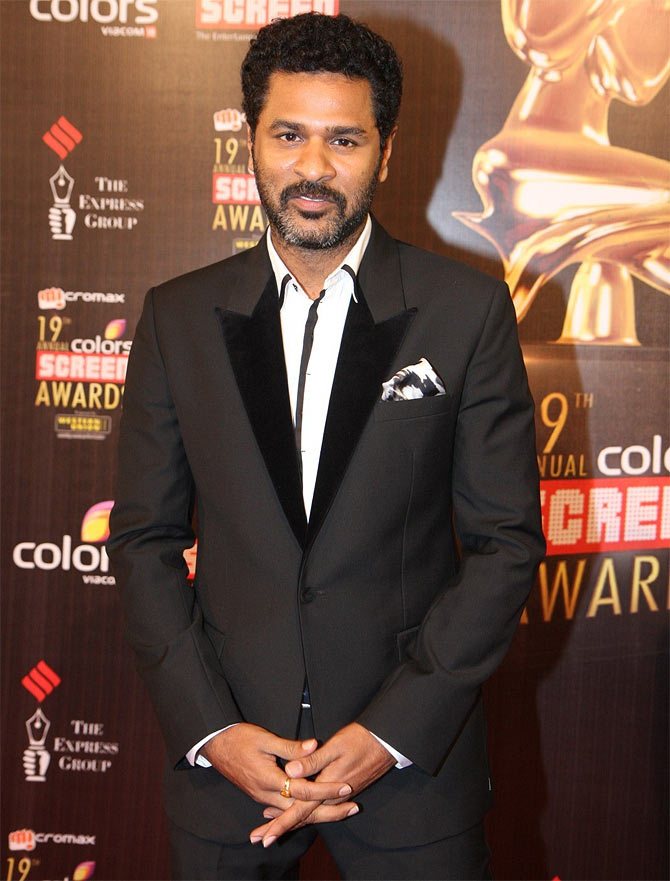 Choreographer-turned-filmmaker Prabhu Dheva turned 41 today and his colleagues turned to Twitter to wish him. Here's what they said:

Kumar Taurani: 'Many many happy returns of the day, happy birthday @PDdancing god bless you.'

Lakshmi Rai: 'Many many happy returns of the day @PDdancing have a superb rocking year ahead ! god bless:) cheers.'

Prabhu Dheva, in turn, thanked everyone and tweeted: 'Thank you everyone for your sweet and warm wishes, love you all. God Bless!!'

Why Abhishek couldn't meet dad Amitabh for a week 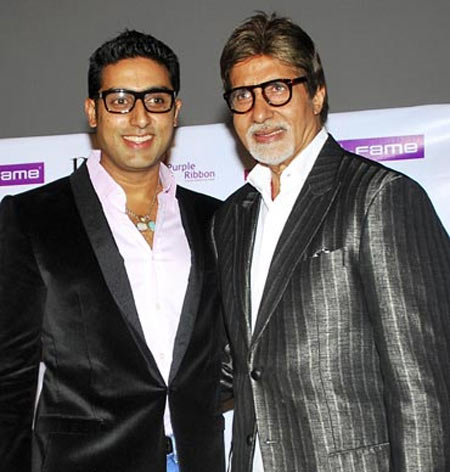 Abhishek Bachchan, who is busy shooting for his forthcoming film Happy New Year, recently met his dad Amitabh Bachchan on the sets after a week.

He updated: 'So finally met my dad after a week, and that too on set. Which is messed up considering we live in the same house!!! He shoots all day and I shoot all night.'

Amitabh Bachchan added: 'finishing off by stopping by on sets of 'Happy New Year' .. Abhishek shoots with SRK, Deepika, Boman and gang .. luscious ! 'HNY' has been shooting nights for almost 10 days now, and another 10 to go .. starts at 6 pm and finishes at 6 am the next day !! And back to same location tomorrow morning .. er .. this morning, for an Ad., shoot .. tiring .. but once camera rolls, we do too !' 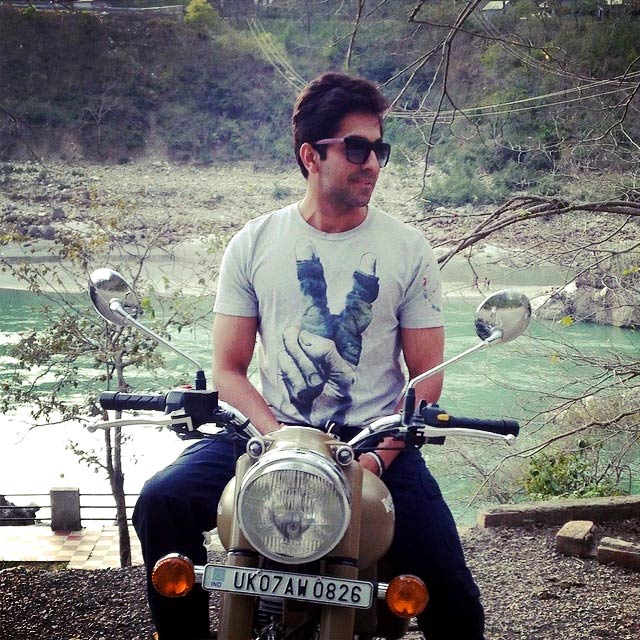 Actor Ayushmann Khurrana, who was last seen in Bewakoofiyan, has resumed the shooting for his next film Dum Laga Ke Haisha in Rishikesh.

He shared a picture of him and tweeted: 'Shooting and scooting in Rishikesh. In love with my film Dum Laga Ke Haisha and this city. #shoot #film #adventure #biking'