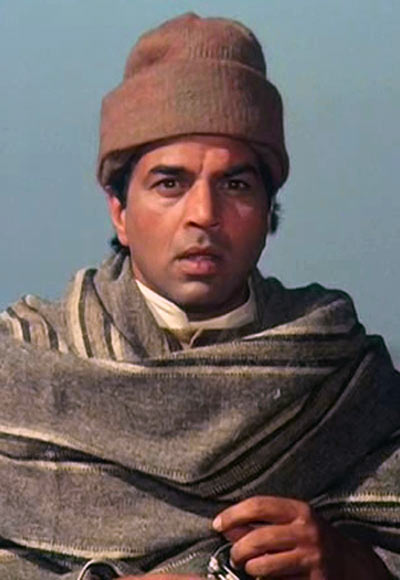 He's one of Hindi cinema's best-looking legends to romance the silver screen, portray the luminous face of scrupulous idealism, bash the baddies into a mean pulp with his robust physicality and growling punch-lines as also tickle our funny bone with his amusing, effortless, inimitable antics.

Strangely, despite such all-rounder appeal, the star of more than 280 odd and amazing movies remained saddled by a confining 'He Man' image for the better part of his career. Having said that, the adulation and affection he enjoys among his fans almost makes up for it.

The 77-year-old is ready to rock the celluloid again this week with sons –Sunny and Bobby Deol in his new comedy, Yamla Pagla Deewana 2. For whatever it's worth, Dharmendra appears to be in his element. And that is known to produce some hearty laughs in the audience.

On that note, here's my pick of his10 Most Comical Moments in the movies. Go ahead and share yours on the message board below.

There are so many hilarious scenes but the one where he, ahem, Shri Pyaaremohan Ilahabadi,introduces himself as the new driver to Om Prakashand Usha Kiran is my favourite. 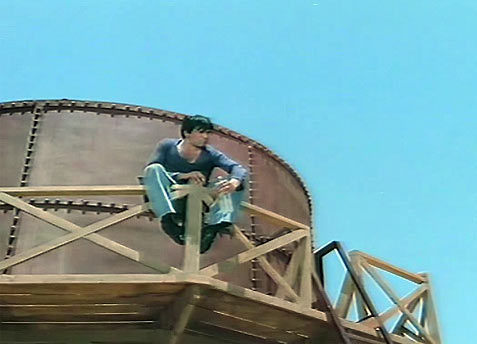 Bollywood's ultimate masala blockbuster is the quintessential example of 'films that make you laugh and cry.' And Dharmendra's 'soooocide' moment atop a water tank is the one that aspires for the former. (It also highlights his tremendous energy and trippy timing in the genre. 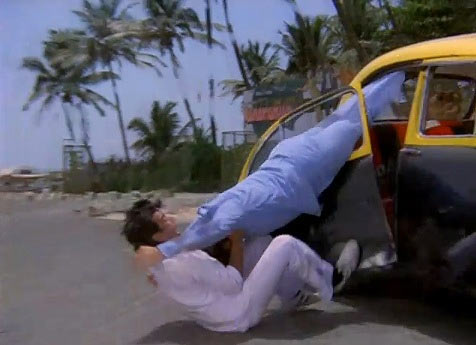 There's no way to keep a straight face through this one.

Their non-stop banter concludes with a slapstick tussle (atsome point our man's butt is sizzling alongside pieces of ragda pattice on a scorching tava), which is both undeniably -- absurd and laugh-out-loudhilarious. 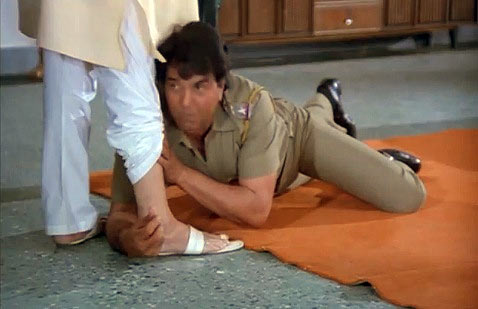 Dharmendra's chemistry with Om Prakash is one of a kind. Their first meeting in the superhit Naukar BiwiKa is quite memorable.

Clad in a super tight cop uniform (he's an aspiring actor hired by Anita Raaj to play a pretend husband), a visibly uneasy Dharam employs his discomfort to turn into a goofball wanting to appease Raaj's granddad.

But the artist in him goes overboard to achieve that. 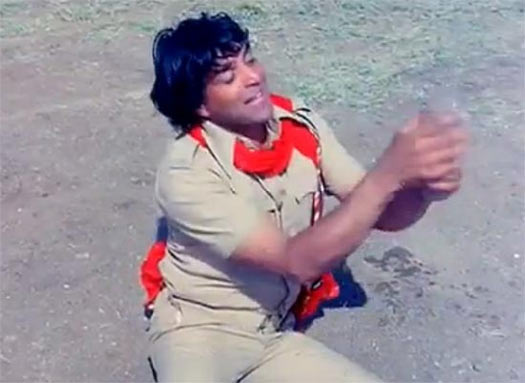 One of the first lessons he imparts is how to take a perfect aim. But the funny thing is that, though equipped with an automatic gun, the man himself doesn't know the ABCs of shooting. 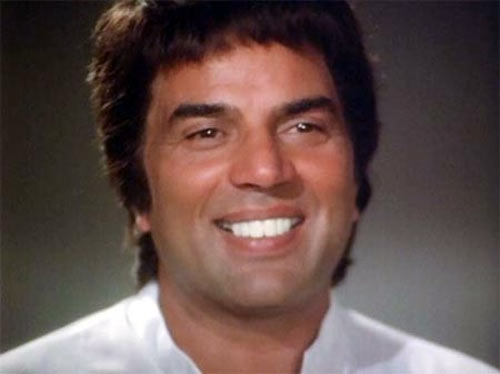 In Ghazab, Dharmendra plays the double role of separated brothers. One's a ghost with the mind of a petulant child while the other's a macho, fearless adult avenging his sibling's brutal murder.

In an otherwise trite drama, it's the spooky, buck-toothed Dharmendra's quaint antics as Munna (whether he's tormenting his potential father-in-law (Asit Sen) or unconsciously terrorising his otherwise brave brother) that ensures Ghazab is mostly watchable. 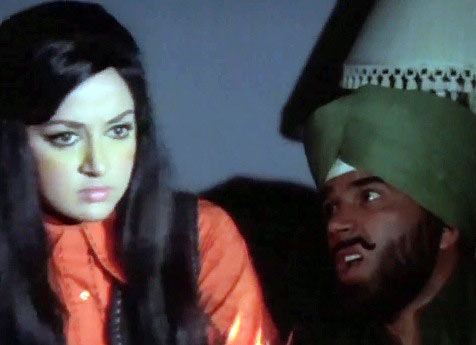 In Pramod Chakravarthy's1973 super hit, Dharmendra plays the proverbial Robin Hood – stealing from the rich to help the needy and poor.

Among its many breezy scenes, there's one in which the actor dressed up as a Sikh electrician reaches Hema Malini's home under the pretext of restoring electricity (that he's slyly cut off earlier) in the pursuit of a suitcase.

The hilarious interactions that ensue -- his droll Punjabi accent, her clueless reactions, are a riot. 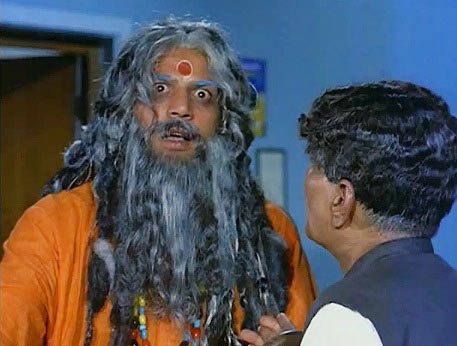 Although a revenge drama, Dharmendra isn't the vicious kind. And so he uses tact and garbs to nab his offenders.

During one such mission, he dresses up like a clairvoyant sadhu and uses his big eyes and animated expressions to dupe the men responsible for wrongly framing him in a case of fraud. 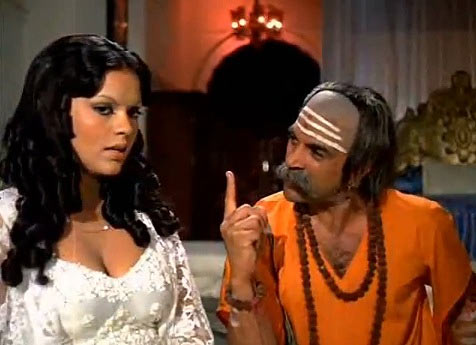 Even when he's not wearing a Roman skirt and flaunting those sculpted thighs, Dharmendra, along with Jeetendra, has a ball in this no-hold barred Manmohan Desai brand of entertainment.

For one scene, Dharmendra dresses up as a mind-reading 'baba' yet again and persuades a voluntarily dim Zeenat Aman how her well-being lies in kissing the ostensibly departed Dharam back to life. 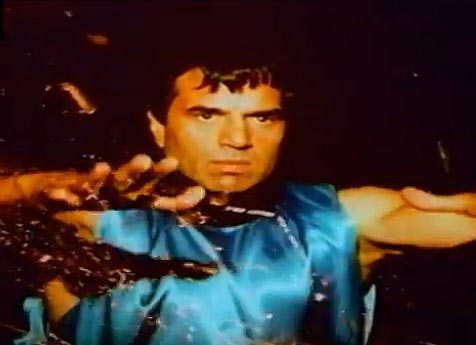 Why this one? For the sheer audacity. Moreover, it's so abominably bad; it's actually howlarious even if you're not under any influence.

In the Superman ripoff starring Puneet Isaar as the titular superhero, Dharmendra plays the desi Jor El. In one of the scenes, he rescues a hijacked plane from crashing by merely gesticulating with his handsand such priceless solemnity, it's a hoot.