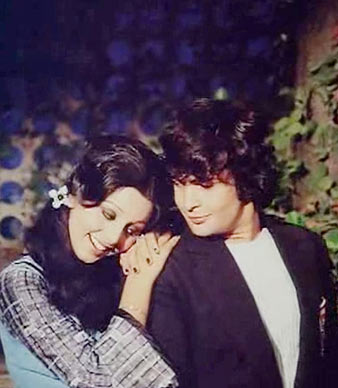 College is the most cherished chapter of one's life. Yet to embrace worldly responsibility but free from the contained, protective atmosphere of school, carefree teenagers treat life like a grand adventure.
What happens when harmless fun takes an ugly turn and jeopardises everyone's future?
Director Ravi Tandon's Khel Khel Mein examines the hazards of excessive pranks in his wholesome, engrossing romance mystery starring Rishi Kapoor, Neetu Singh, Rakesh Roshan, Aruna Irani and Iftekhar (a must-have in this genre of Hindi films).
Rose Films' 1975 super-hit (which came out in the same year as Sholay, Deewar, Chupke Chupke, Aandhi and Dharmatma) held its own then and continues to brim with vivacity and freshness even after 38 years of its release.

Neetu and Rishi -- one of our sweetest on/off-screen couples -- injected the screen with their spontaneous adoration and ebullience against Rahul Dev Burman's delightfully addictive tunes.
Tags: 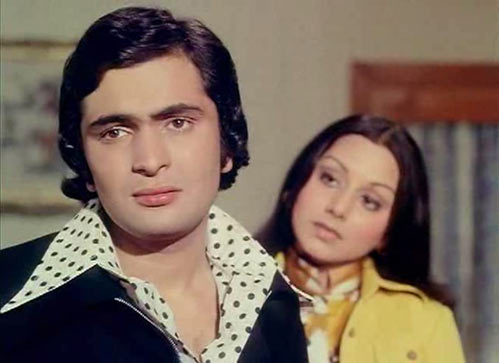 Ajay (Rishi Kapoor) is the wide-eyed newbie in college who's led to believe Dev (Rakesh Roshan) is the class teacher even as the latter jests, 'Naya kyun aaye ho? Purana aana tha.' The bluff is followed by another round of banter in the canteen, resulting in a minor scuffle until a friendly compromise is reached.

Her individual dynamics with Ajay come into play for the first time when a classmate fails to show up for the annual day function and our gullible hero is asked to sing in his place. 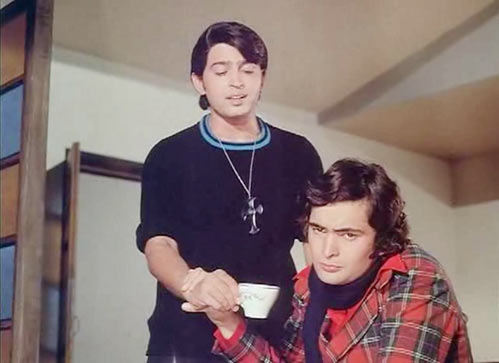 Stage fright and bandhgala makes way for a hip silk shirt, and striped, floor-length scarf as he strums the guitar to croon in Shailendra Singh's peppy voice -- Humne tumko dekha. With his show-stealing transition from scapegoat to salvager, he wins the crowd, the audience and a fan-following for a lifetime.

But it's Ajay's impressive game at a hockey match -- boosted by RD's trippy background score -- that makes Nisha realise Yeh toh hona hi tha creating a perfect situation for the two to indulge in a midnight romp against P L Raj's spunky moves to the catchy classic, Ek Main Aur Ek Tu. (Tandon launched his son, Rajiv in a 1986 film of the same name.)

There's an inexhaustible charm to the effortless chemistry that seeps through this quintessential Chintu-Neetu melody. And the sheer abandon with which they engage in public display of drunk affection in Khullam khulla pyaar karenge is unrivalled. 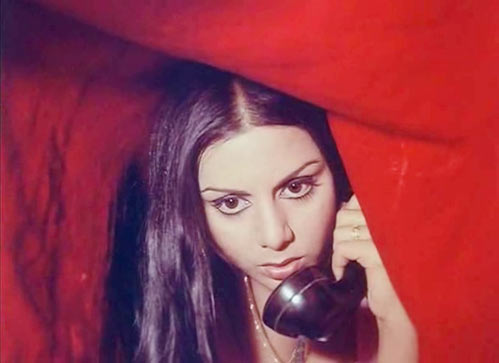 In an interview to Rajeev Masand while promoting Do Dooni Chaar, Kapoor reveals how the (then dating) couple consumed a little cognac while filming the number to cope with the freezing weather of Pahalgam in Kashmir. 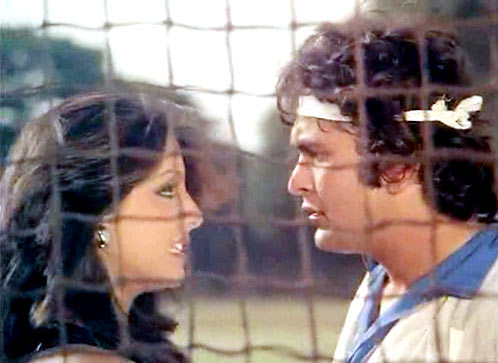 Though every supporting member of the cast gets a scene to underscore their presence to produce humour or suspicion, Tandon reserves the focus mainly on these three.

Once an upbeat air of bonhomie is established, it dives straight to the point -- the bet responsible for all the trouble to follow. The troika target a stingy, ill-tempered jeweller (Jankidas) to test what's more dear to him -- life or money baiting him with a threatening contents of a typed letter signed in the name of a fabricated gang, Black Cobra.

Their seemingly innocuous prank slowly gets out of hand when the jeweller is discovered dead in his store.

While Dev adopts a calm, opportunist approach towards the shocking turn of events, the clearly conscientious Ajay along with Nisha go through the rigmarole of fear, guilt and redemption. 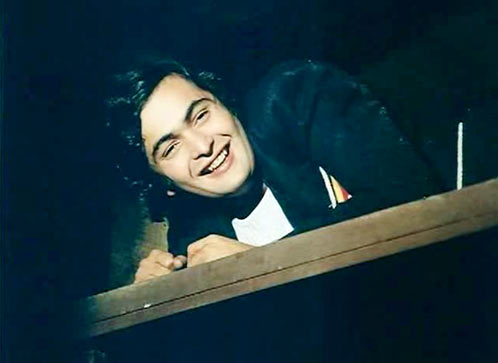 Despite their best efforts, their situation shows no sign of improvement with key characters getting bumped off before they can prove themselves innocent.

Somewhere in the middle, Tandon finds just the right amount of space to squeeze in Aruna Irani's misty-eyed albeit super sultry expression of heartbreak in the exquisite Sapna mera toot gaya bearing a whiff of a resemblance to Ennio Morricone's Story of a Soldier.

If Asha Bhosle breathes life in its melancholy with her trademark touch, RD lends it whim with his high-pitched contribution.

Even then, a few observations emerge through dialogue if not imagery about the possible reason for his indiscretions. 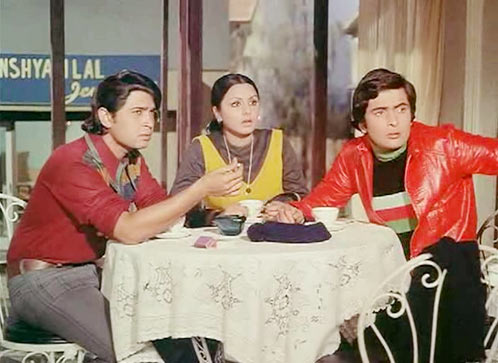 Roshan, as the sly second lead, keeps his Ajay wild and mysterious through and through.

A little more subtext would have have been nice. Rishi Kapoor and Neetu Singh as his partners in crime appear suitably naive.

Considering they both cling on to each other all through the film, as clueless teens are likely to, there's not much to contribute in terms of histrionics.

But they look completely believable when nervous and frightened as highlighted in that tension-packed scene involving a snake passing over one's shoulder.

The big reveal might not seem so stark in today's scenario but it certainly doesn't disappoint. Especially cool is how RD's hockey theme and Ajay-Nisha's support returns in swaggering style to render a fun, fun climax. 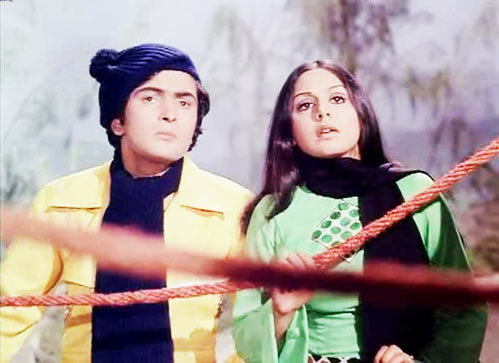 I could dedicate a column on just how gorgeous Rishi Kapoor looks in his trendy wardrobe accessorised in woollen cap with pompons and long mufflers. (Understandably, Tandon's daughter and popular actress Raveena, harboured a giant crush on the hero of her father's movie.)

Having said that, Khel Khel Mein is easily one of the most fashionable movies from the 1970s.

It's a pity the media-shy and courteous Tandon doesn't find enough mention in the celebration of cinema despite memorable films like Majboor, Khuddar, Zindagi, Jawab and Anhonee with actors like Amitabh Bachchan, Sanjeev Kumar, Parveen Babi, Raj Babbar and Smita Patil.

The same team -- Tandon, Burman, Kapoor, Singh, Roshan reunited for Jhootha Kahin Ka but couldn't quite match the breeziness of their first collaboration. There can be only ek main aur ek tu after all.