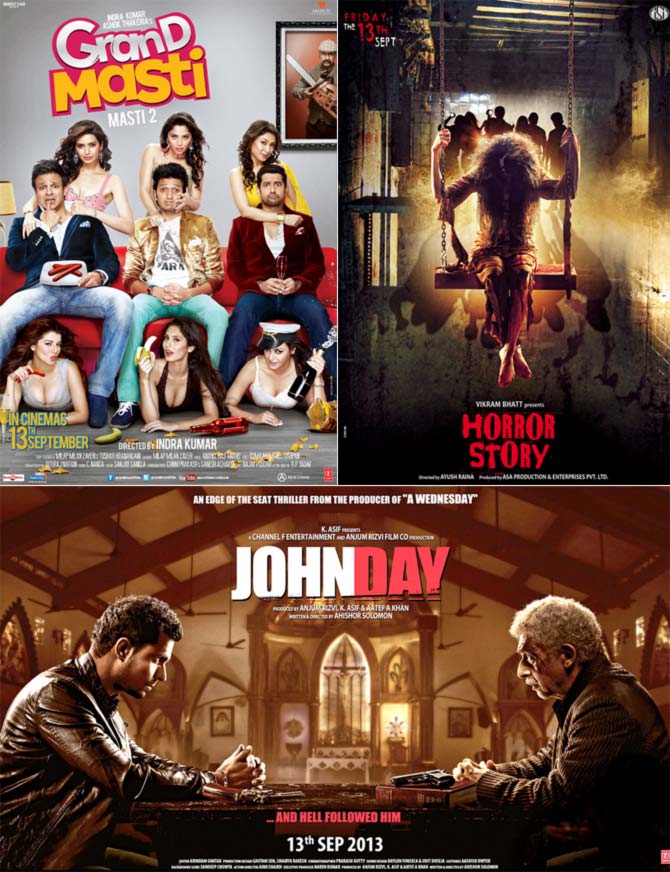 We take a look at movies slated to release on the same Friday in the months to come.

This Friday, the battle for box office supremacy will be between as many as three films.

Each of them belong to different genres. Grand Masti is a sex comedy and a sequel to big hit Masti, JohnDay is a gritty thriller while Horror Story is just that -- a horror story.

JohnDay stars Naseeruddin Shah and Randeep Hooda and is directed by Ahishor Solomon.

Horror Story has been produced by Vikram Bhatt and is directed by Ayush Raina. It stars newcomers. 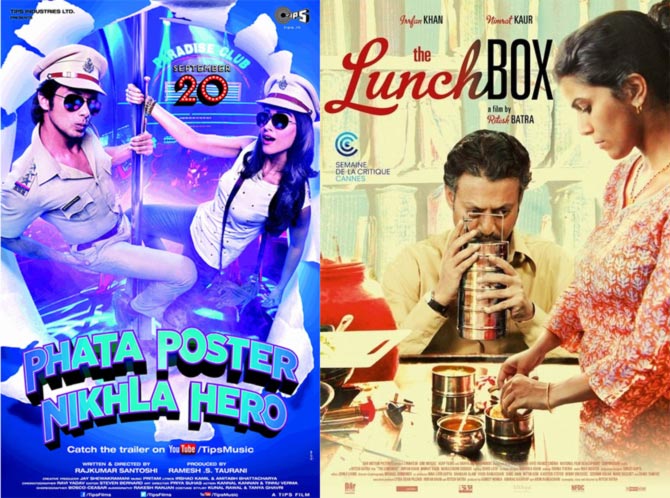 Image: Posters of Phata Poster Nikhla Hero and The Lunchbox

Phata Poster Nikhla Hero is an out and out commercial entertainer while The Lunchbox is an offbeat romantic drama that has won many raves at many film festival.

Phata Poster is important for its actor Shahid Kapoor so that he can shrug away his earlier disappointments of Mausam and Teri Meri Kahaani.

On the other hand, Irrfan Khan's The Lunchbox is already being pitched for the Oscars. 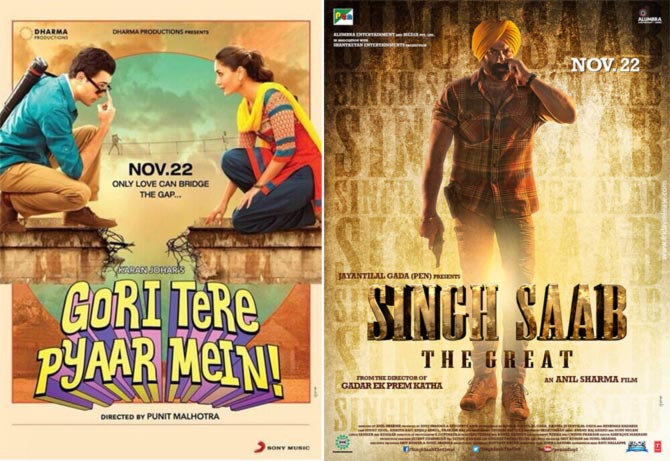 Gori Tere Pyaar Mein has Karan Johar at the helm of affairs with Punit Malhotra directing after the hit, I Hate Luv Storys.

On the other hand, Sunny Deol and director Anil Sharma will be back with Singh Sahab The Great. It looks set to bring on the roars, seetis and taalis. 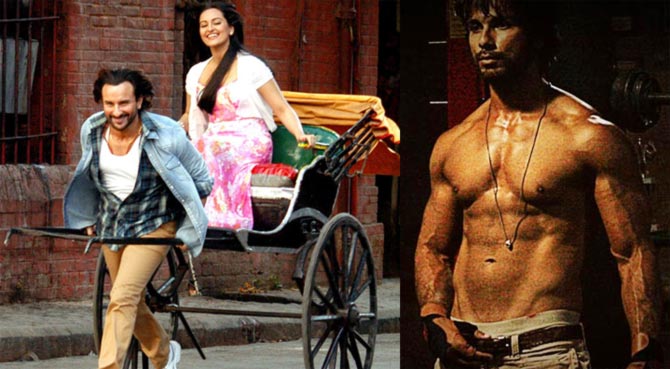 This Friday is all about Sonakshi vs Sonakshi.

In one, she stars opposite Saif Ali Khan while in the other, she's romancing Shahid Kapoor.

Director Tigmanshu Dhulia known for his stranglehold on dramatic affairs while Prabhudheva is a master of masala genre, so this weekend looks very good.

Shaadi Ke Side Effects and Kaanchi 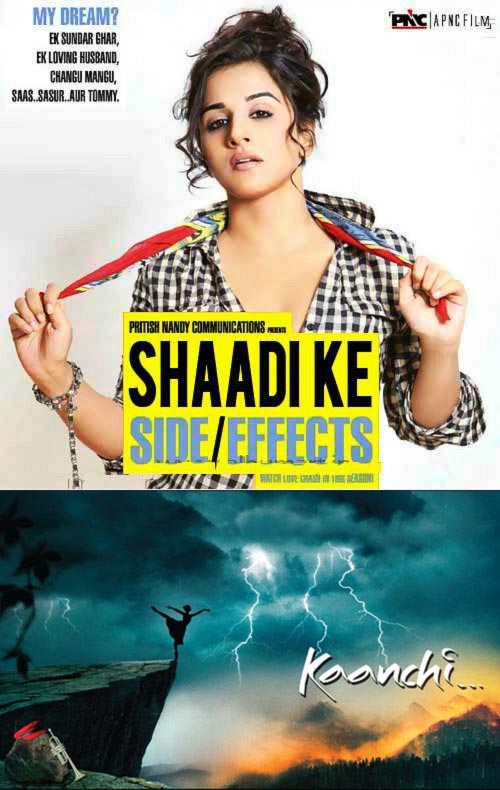 Image: Posters of Shaadi Ke Side Effects and Kaanchi

Farhan Akhtar and Vidya Balan get together for the first time in Shaadi Ke Side Effects.

On the other hand, Subhash Ghai makes his directorial return with the dramatic musical Kaanchi.

Hasee Toh Phasee and One by Two 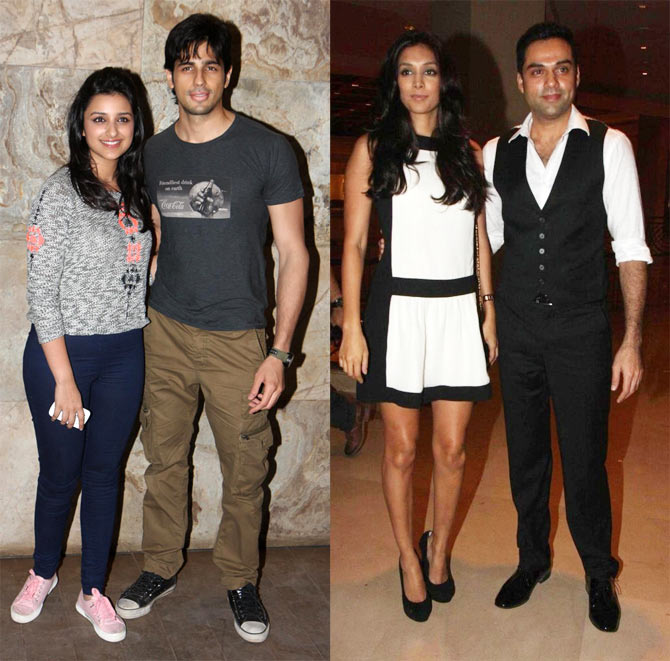 Both releases -- Hasee Toh Phasee and One By Two -- belong to the same genre -- both are urban rom-coms.

One features Siddharth Malhotra, Parineeti Chopra and Adah Sharma in the lead roles while the other will see Abhay Deol romance his real-life girlfriend Preeti Desai in the film. This will make his debut as a producer as well. 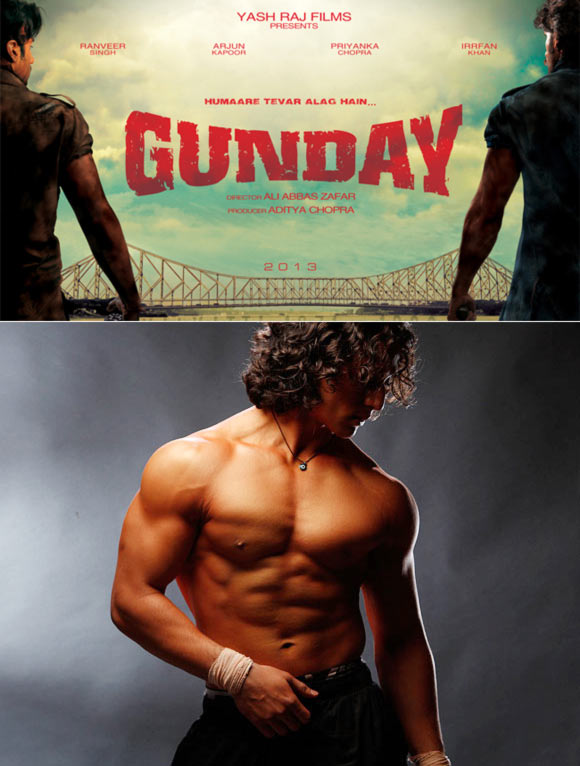 Valentine's Day will be Ranveer Singh, Arjun Kapoor and Tiger Shroff fight it out at the marquee.

Both films are said to be musical entertainers with good masala appeal.

Roy and The Villain 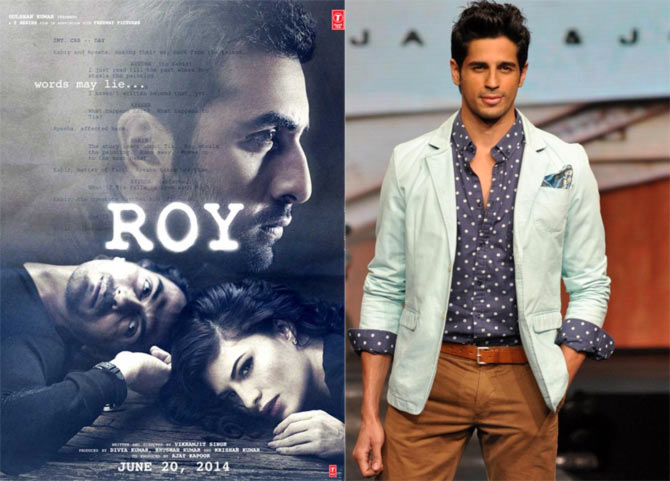 After Hasee Toh Phasee, Siddharth Malhotra's next release The Villain will see good competition from the Arjun Rampal and Jacqueline Fernandez starrer Roy.

Though it is said that Ranbir Kapoor has relatively lesser role in Roy, his presence itself should carry good enough weight for the clash to be much talked about.

Gabbar, Singham 2 and Emraan-Kareena's next 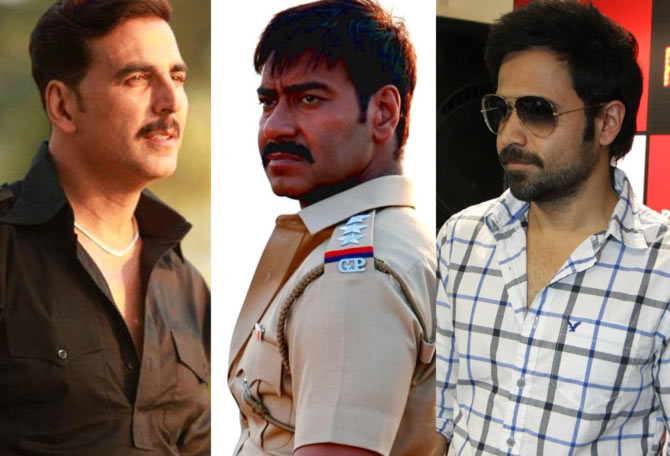 Independence Day may see a major battle at the marquee with big movies releasing on the same Friday.