Arjun Kapoor: I would like to believe I am a good kisser 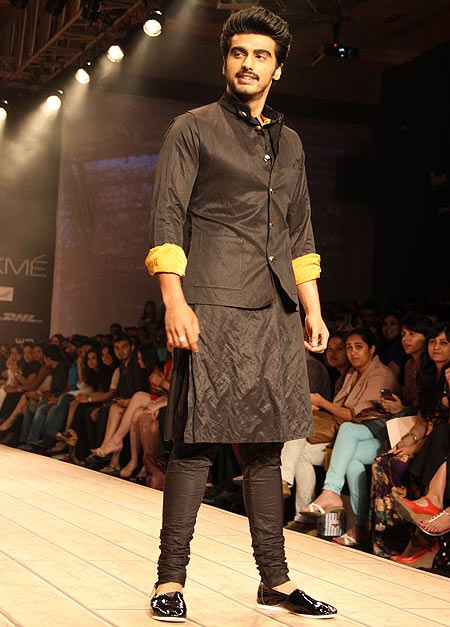 'Audiences want to see the film because of the trailer and not because we are kissing, otherwise every film with kissing would do well. I think it is given undue importance.'

Arjun Kapoor explains why the kiss in 2 States is an important part of the film.

The kind of films Arjun has done so far may lead you to believe that he is the ‘serious’ type, but the young actor’s witty answers come as a breath of fresh air amid the politically correct answers one gets from most actors.

His new film 2 States is getting ready for release, and the actor is busy promoting it.

He tells Sonil Dedhia why everyone seems obsessed with the kissing scene in the film, gives his take on live-in relationships and explains why his late mother would have loved to see him doing a film like 2 States.

What attracted you to be a part of 2 States?

In most rom-com films, boy meets girl, they fall in love, they have their issues, their highs and lows and eventually they decide to live happily ever after.

We don’t see what happens after that. This film starts from there.

The film starts from romance and leads to the next inevitable step in a relationship and that is marriage.

In our country, the culture has always taught us to take blessings of our family; you need consent before getting married. This film deals with that aspect.

Although this must have been shown in films earlier, it has never been done in a contemporary way. It is the journey of a middle class boy and girl and what they have to do to convince their parents about their partner.

'No one wants to read about anything but the kiss' 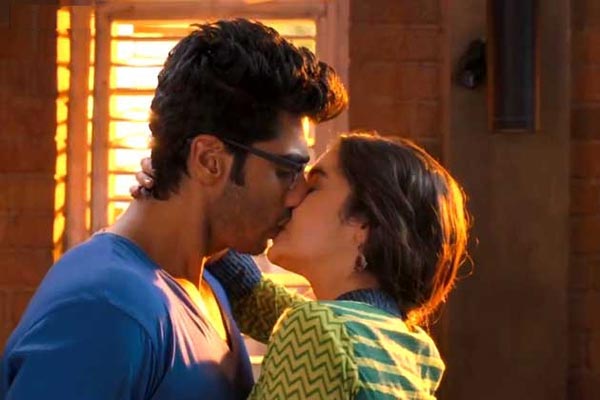 Would you personally seek your parents’ consent and if not given, what would you do?

I would do exactly what my character Krish did in the film.

I relate to the philosophy that if you love someone you have to go through all these battles and obstacles that come in every relationship.

In the film, the boy and the girl are very much in love but they want their marriage to be in the right way (with the family’s consent).

The kiss between you and Alia in 2 States has become the talk of the town.

No one wants to read about anything but the kiss.

At one media interaction I jokingly said that the toughest thing was to kiss Alia -- and that became the headline!

If somebody asks me ‘Do you like kissing?’ I wouldn’t say no!

Because Alia and I are honest and did not give that much thought to it, everyone has made a big thing out of it.

If we have to show a couple in a live-in relationship, we won’t be showing that the girl is tying rakhi to the boy.

Audiences want to see the film because of the trailer and not because we are kissing, otherwise every film with kissing would do well. I think it is given undue importance. 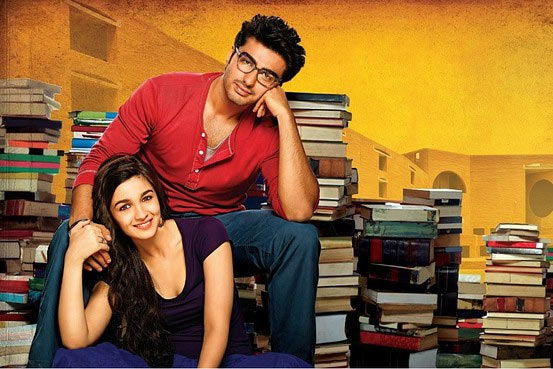 What is your take on live-in relationships?

Live-in relationships are the right way to go if you are serious about someone.

The next step would be marriage but before that you need to see if you are compatible enough to stay together.

A lot of marriages break up because you jump the gun sometimes. So a live-in relationship is a nice teething period to discover whether you are compatible.

With so much being written about the kissing part, did you think of dethroning Emraan Hashmi (who has the reputation of a serial kisser)?

Like I mentioned earlier, in 2 States to show a live-in relationship, we had to have a kiss.

I have never looked at dethroning anyone. I think Ranveer Singh and Ranbir Kapoor have kissed in almost every film. So is it like everyone is dethroning Emraan Hashmi.

After the film releases on April 18, everyone will forget about the kiss and talk about the film.

'When you are kissing a girl for the first time, there is some awkwardness' 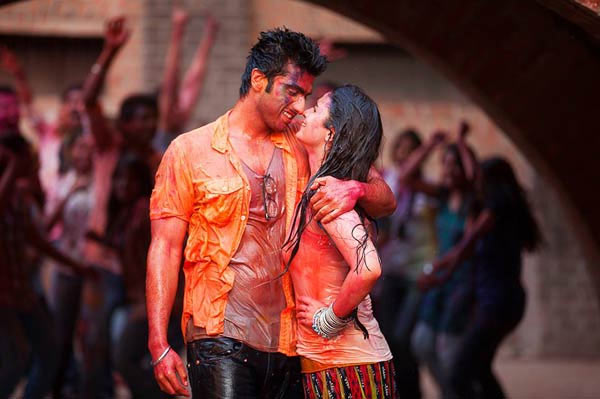 Was it awkward doing the kissing scene?

No, it was not awkward.

There are 200 people on the sets who are watching the shot. Then you might have to do it 10 times for the camera.

Obviously, when you are kissing a girl for the first time there is some awkwardness.

On screen or off screen, no one wants to be a bad kisser. I think any guy should pride himself on being a good kisser.

Are you a good kisser?

I would like to believe I am. If I am a bad kisser then somebody will say so. Let my co-stars Parineeti, Alia tell you.

'Anil Kapoor can actually play my younger brother in a film' 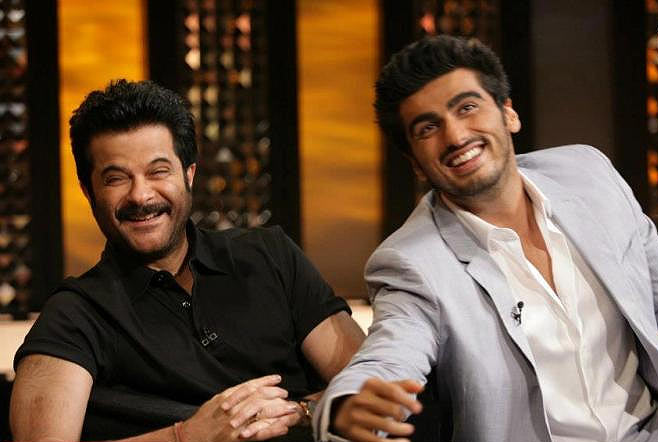 You have always spoken highly about your uncle Anil Kapoor. What are the qualities in him you would like to imbibe?

He is the most hardworking person I have ever seen.

He doesn’t look his age for a minute. He can actually play my younger brother in a film.

I would like to be as passionate and hardworking about cinema as he is. He genuinely loves acting and it is reflected in the way he conducts himself.

I hope by the time I reach his age I have the same energy, spark and spunk.

Has he ever praised you for your work?

My family is too realistic. They are the silent backbone. They don’t have to come out and say that I have done good work.

Anil chachu saw Gunday and he was really happy with the film.

Our generation is not supposed to do films like Gunday and Main Tera Hero but the fact is that we have done them and people have enjoyed watching us.

He is very encouraging and supportive in his own way.

Do we see you and Anil Kapoor acting together?

Please put it out there if somebody comes up with a good script. We haven’t been offered a film together.

A lot of people said it would be interesting to see me and him on screen but nobody has come up with a proper script.

Is there any film of Anil Kapoor’s that you would like to remake and do?

Ram Lakhan was quintessential Anil Kapoor. I did Gunday which was in the same zone.

It is difficult to pick from such fantastic films as Parinda, Ram Lakhan, Mr India, Tezab, 1942 Love Story, Virasat. 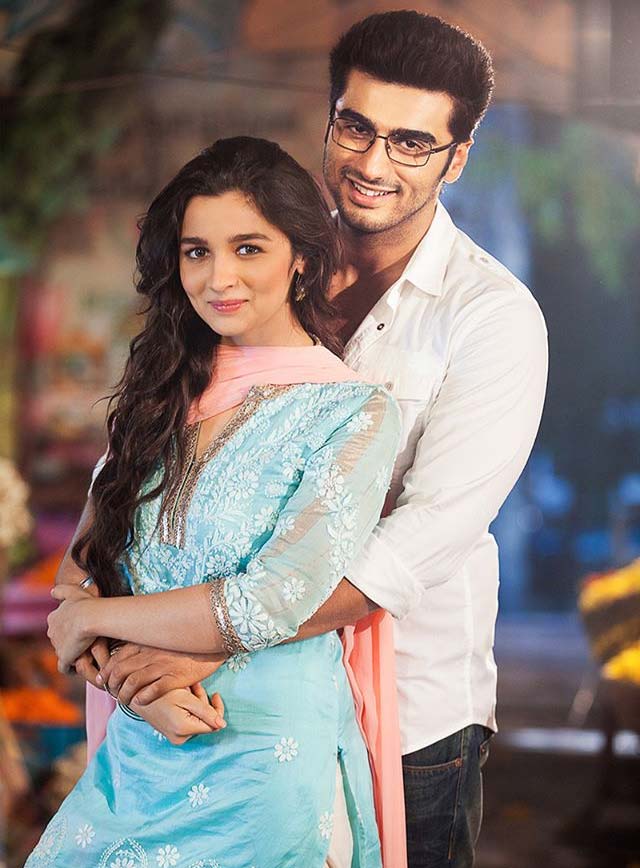 Your cousins Mohit Marwah and Harshavardhan Kapoor are also venturing into films. Like you and your cousin Sonam they are starting out with an outside banner. Is this ingrained in your family?

Why would Sonam say no to Sanjay Leela Bhansali, or why would I say no to Yash Raj Films? Similarly, why would Mohit say no to a film which is produced by Akshay Kumar, or why would Harshvardhan not work with Rakeysh Omprakash Mehra who gave us Bhaag Milkha Bhaag?

Of course, we want to work within the family and so I am working in my home production Tevar. Sonam worked in Aisha and now she is doing the remake of Khoobsurat.

You mentioned that the novel 2 States lies on your mother's book shelf even today. Was it an emotional thing to work on this film?

Not really. I wouldn’t like to carry this baggage onto the sets.

My nani (maternal grandmother) reminded me about it. Before she passed away, my mother had just seen the trailer of Ishaqzaade and told me that I should do romantic comedy.

She would have been happy to see me do a romantic role. I wish she could see me in 2 States.