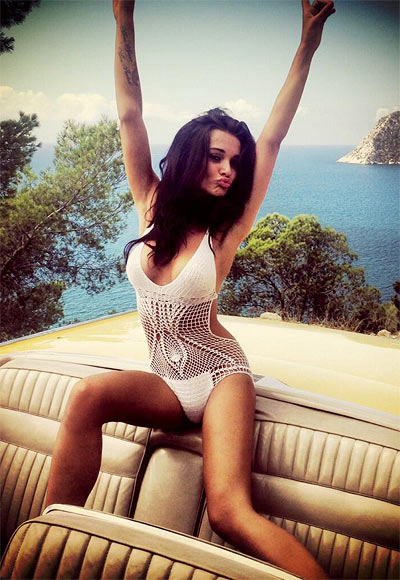 Here's what your favourite Bollywood celebs are tweeting.

Actress Amy Jackson, who starred in the Hindi film Ekk Deewana Tha and was linked with the film's co-star Prateik, is currently holidaying in Virginia Beach with friends.

The British actress shared a picture of herself and tweeted: ‘Working hard in the sun with @jamesrudland @BronaghMeere'

Meanwhile, Bipasha Basu, who recently returned to Mumbai after completing the shoot for Vikram Bhatt’s film Creature 3D in Ooty is catching up with her friends.

She shared a picture of herself with Kaminey producer Mubina Rattonsey and tweeted: ‘Loved seeing the whole gang:) Me n 'being quiet' were never good friends! Ha ha ha!'

'Here's to taking over the world' 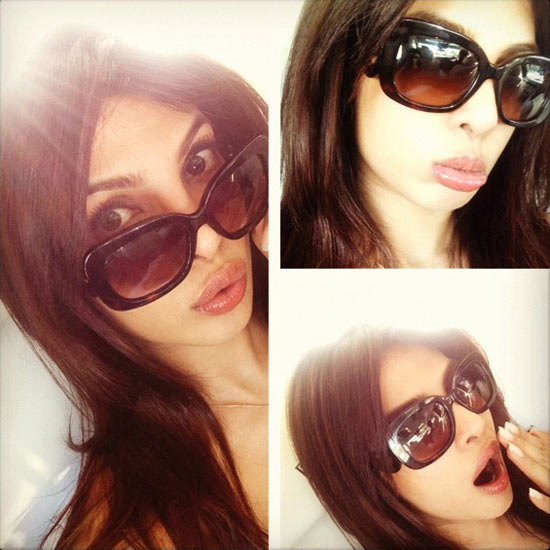 She shared a picture of them together and tweeted: ‘Thank you for the advice @yo_randyjackson... Here's to taking over the world! Was lovely meeting u @PaulaAbdul’

She is also promoting her latest single Exotic, featuring Pitbull. ‘Oh oh I'm late.. Sleepy.. Tired.. My perennial states of being.. Lets go! Studio calling,’ she added with another picture (above).

Meanwhile, her upcoming Hindi film Zanjeer is all set to release on September 6.

Bad comes to an end 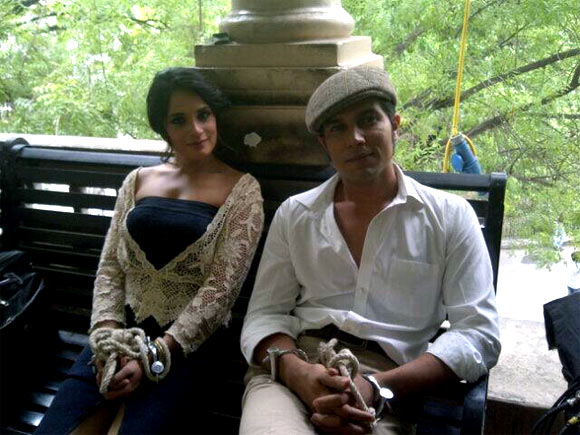 Actress Richa Chadda, who has finished shooting the first schedule of her film Bad in Udaipur, shared a picture of herself with co-star Randeep Hooda from the sets.

The film has been directed by Prawaal Raman and produced by Pooja Bhatt.

Bhatt has now turned her focus on her next production, Cabaret, which also stars Randeep Hooda.  ‘Enough time given to all things #BAD for now! Time to high-kick my way into Cabaret and busy myself with finalising a dazzling female lead!’ she tweeted.