Sign in  |  Create a Rediffmail account
Rediff.com  » Movies » Aamir: I am not playing the quintessential villain in Dhoom: 3

Aamir: I am not playing the quintessential villain in Dhoom: 3 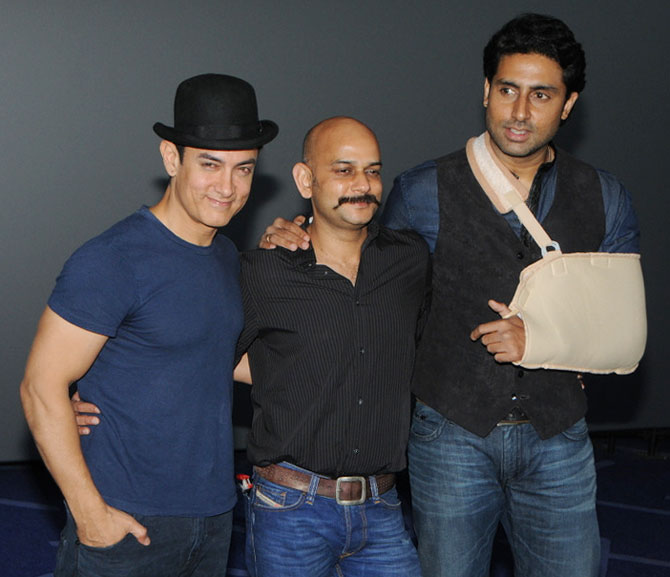 The theatrical trailer of Dhoom 3 was launched on October 30, in the IMAX format, at PVR cinema in Lower Parel, central Mumbai.

Aamir Khan and Abhishek Bachchan were present along with the film's director Vijay Krishna Acharya.

Katrina Kaif and Uday Chopra didn't show up, as they were overseas -- Katrina is busy shooting for Phantom in Beirut, Lebanon, while Uday is in Los Angeles.

“I hope you all like it," a nervous Aamir told reporters at the launch.

Many did, though some saw similarities with the Hollywood film Now You See Me, which released earlier this year.

The Dhoom films are famous for the villains, and that's why Aamir wanted to be a part of it.

Abhishek: It was a dream-come-true to work with Aamir 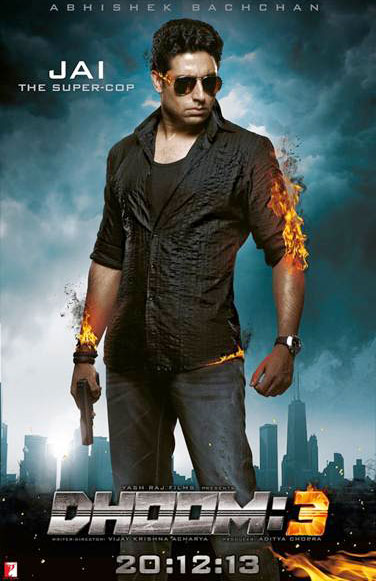 Image: Abhishek Bachcan on the poster of Dhoom:3

Abhishek Bachchan, who wore a sling because of a torn tendon in his elbow, praised Aamir.

“Aamir has done a brilliant job. It's wonderful to see this brilliant man at work. His humility is his greatest asset. Uday and I are juniors in front of him. His passion for films is wonderful. It was a learning experience to work with Aamir and a dream-come-true to work with him.”

Abhishek plays the policeman Jai Dixit for the third time.

“Dhoom 3 is more emotional and edgier," he says. "When we made Dhoom we never thought of making it into a franchise. Dhoom 2 was even better. The only challenge with Dhoom 3 was to make it bigger and better and I think we have achieved that.”

Aamir: In 25 years of my career, this is the toughest role ever 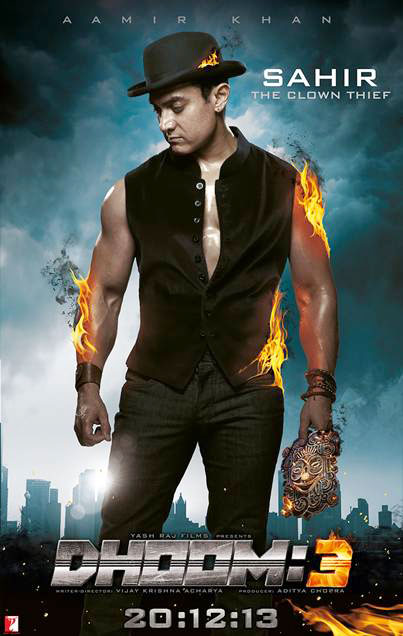 Image: Aamir Khan on the poster of Dhoom:3

Explaining his role, Aamir said: “I am playing a gymnast, so I need to have a certain physique. I did a lot of hard work for it... I worked hard on my body for two years.

"In 25 years of my career this is the toughest role ever. There were challenges in terms of performance. The stunts looking amazing-- luckily I haven’t broken any bones.”

Vijay Krishna Acharya, who wrote the first two series in the Dhoom franchise, has written and directed Dhoom 3.

“Writing is a difficult process as you have to take the franchise forward and not repeat yourself. I am very keen on directing what I write so I am happy with this new change. For me, work isn’t exciting unless it’s challenging,” Vijay said.

Dhoom 3 will release on December 20, and will be the first Hindi film to be released in the IMAX format.