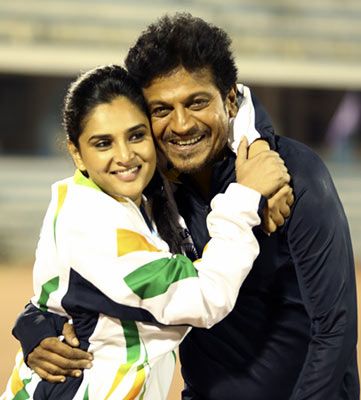 Kannada film Aryan had become the first film in the language to officially announce its release date before getting a censor certificate.

The film starring Shivarajkumar, Ramya and Archana Gupta in lead roles will release across Karnataka on Friday, August 1. It has got its certificate from the Mumbai regional office of the Censor Board.

Aryan has busted a myth in the Kannada film industry that the release date cannot be announced until the Regional Censor Board officially certifies the movie.

Films in other languages, especially films made in Hindi, give out the dates of release to the public in advance.

The apex body of the Kannada film industry – Karnataka Film Chamber of Commerce - has however clung to an unwritten law that producers cannot announce the date of release of their movies before submitting the films for certification to the Regional Censor Board office.

In fact, a few certifying officers in the Regional Censor Board office in Bangalore had in the past also rapped filmmakers for announcing the date of release before they were submitted for certification.

This unwritten law or practice had hampered the marketing of Kannada films as producers believed that they should release the movie within a week of getting the certification.

The reasoning was that unnecessary word-of-mouth details of the movie would become available thus ensuring that the film had no takers soon after getting the certificate.

The apex body of the Kannada industry did not even allow the posters of movies to be put up with the release date on it if the movie was not certified. Thus, Kannada films suffered from poor publicity.

Recently, the Kannada film industry was plunged into a crisis when there were not enough members of the Regional Censor Board (especially an equal number of women in the panel) to watch films.

The team of Aryan had to spend money and time to take the film to Mumbai for certification.

Even before the movie was given the certification, the filmmakers released the publicity posters giving details of the release date. They then approached the apex body to clear the publicity material. The apex body refused as it insisted on the film getting a certificate first.

M Nagendraswamy, certifying officer at the Regional Censor Board in Bangalore has cleared the myth and paved the way for releasing the film Aryan as per the date it had announced.

The stand-off between the apex body and the film’s producers has been finally cleared thus allowing other filmmakers to get their promotional activities going.

Aryan is a sports film with Shivarajkumar playing the role of a coach. Ramya and Archana Gupta play the athletes.

The film is directed by veteran D Rajendra Babu who passed away midway through the making of the movie.

Chi Gurudutt took over the directorial baton and has completed the movie. The film has been shot in Singapore and Bangalore.