Shahid Kapoor and Mira Rajput tied the nuptial knot at a farmhouse on the outskirts of Delhi on July 7. 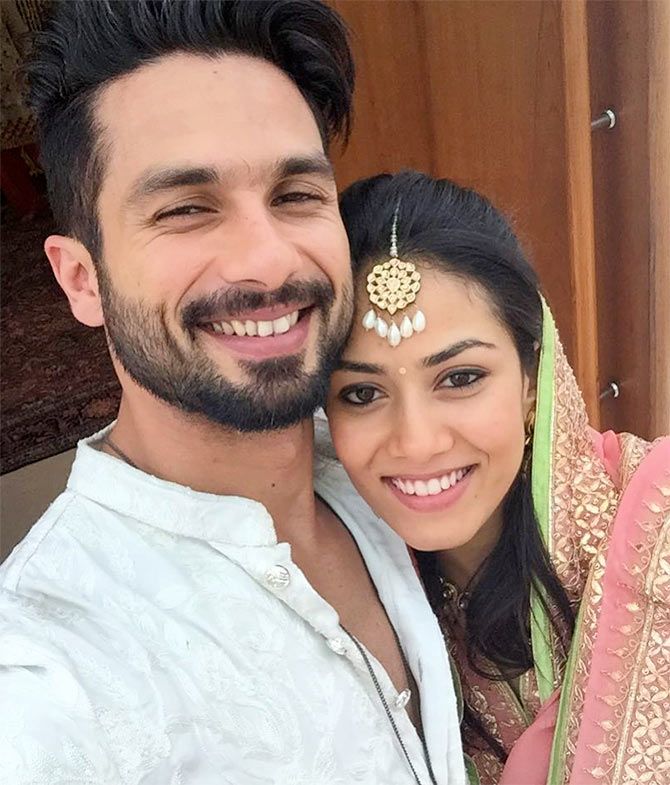 Selfie time from the man himself! 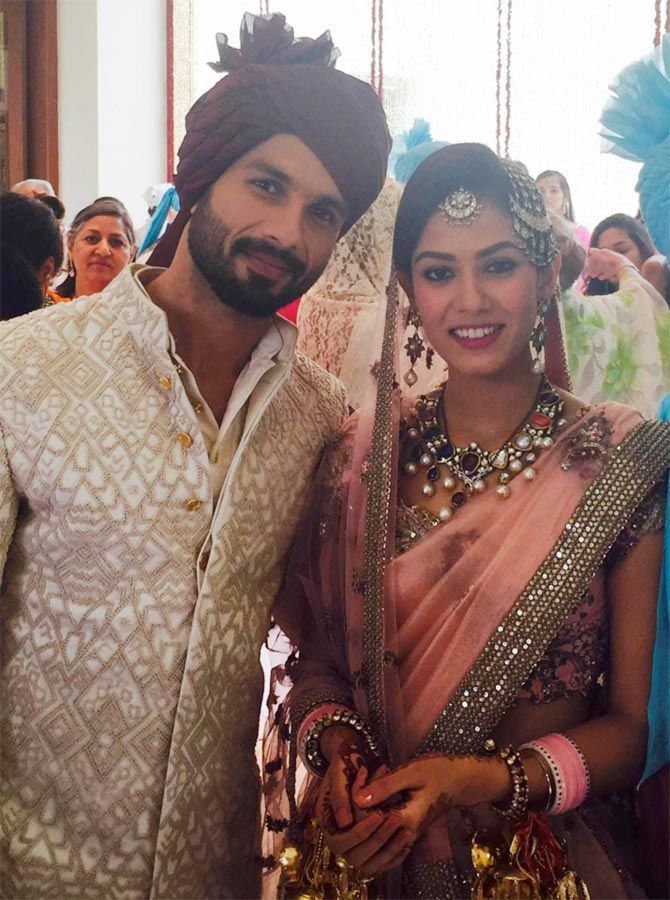 The 34-year-old Haider star, who got engaged to Mira, 21, earlier this year, kept his wedding a private ceremony.

Shahid, who was in a relationship with Kareena Kapoor Khan for over three years and later linked to co-stars like Vidya Balan, Priyanka Chopra, Anushka Sharma and Bipasha Basu, arrived in Delhi on Monday while his parents were already in the city to oversee the wedding preparations. Shahid has always kept the details of his wedding under wraps as he feels it's a "normal and regular affair".

"I refrain from getting into details. She is a normal girl and I am a normal guy, and we should treat it like something normal and regular. It's my personal space and I won't get into the details," he had said. The groom's side wore blue turbans at the wedding.

Rattonsey and other guests tuck in from the elaborate spread.

A dinner is being hosted at a five-star hotel later in the day in which about 250 guests have been invited.

This will be followed by a reception in Mumbai on July 12, for which there will be a separate invite -- also designed by Delhi-based card maker Ravish Kapoor, who worked on the wedding invite. Shahid poses with Kunal Rawal, who has designed his wedding attire. Neena Gupta's daughter Masaba and her husband Madhu Mantena pose with some guests. 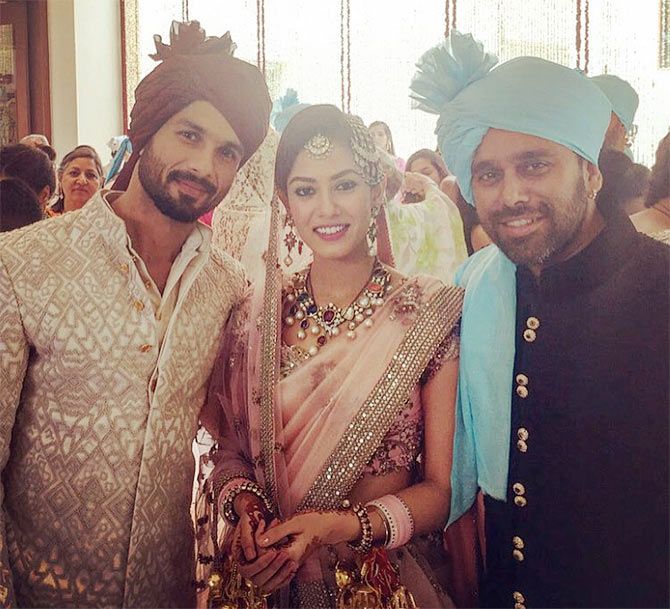 Choreographer Bosco of the Bosco-Caesar duo pose with the bridal couple.

Shahid will be next seen in Vikas Bahl's Shaandaar opposite Alia Bhatt and Udta Punjab, which is produced by Vikramaditya Motwane.

Apart from his film assignments, the newly wedded actor will be seen as a judge on the celebrity dance reality show Jhalak Dikhhla Jaa 8.