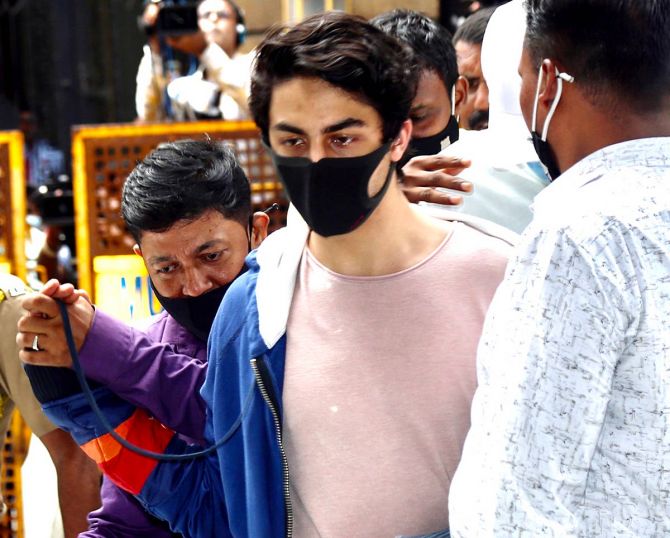 As Aryan Khan's bail plea comes up for hearing in the Bombay high court on Tuesday, October 26, Gauri and Shah Rukh Khan are praying hard.

So is Aryan's kid brother AbRam, who has been told that his beloved brother is away visiting friends.

A friend of the couple tells Subhash K Jha, "Suhana (Shah Rukh and Gauri's daughter) wants to fly back to Mumbai from New York, but Shah Rukh and Gauri feel that would serve no purpose. They don't want their other two children to be put in an uncomfortable situation. Nor are they willing to play the blame game."

"There will be no casting of aspersions and targeting of individuals. If Aryan gets bail, he will go through the legal process. There will be no attempts to take shortcuts."

Shah Rukh has decided to take time off from his shoots to be with his children.

After Aryan comes home, he wants to spend time with his three children, and his work schedules may be put on hold for a while.

"Shah Rukh doesn't give a damn right now about counting his professional losses," says the friend. "Getting his family through this crisis is all that matters to him now." 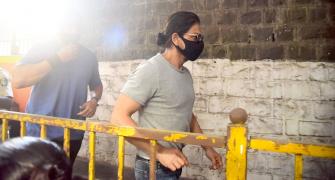 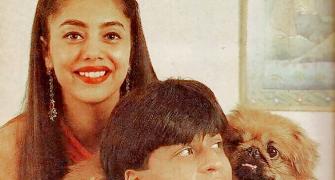 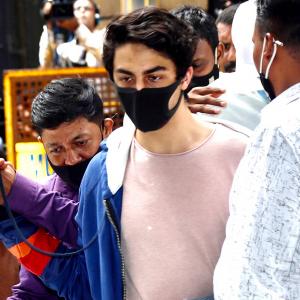 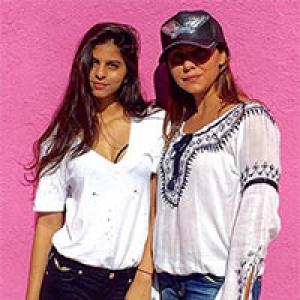