Shabana Azmi to work with Spielberg! 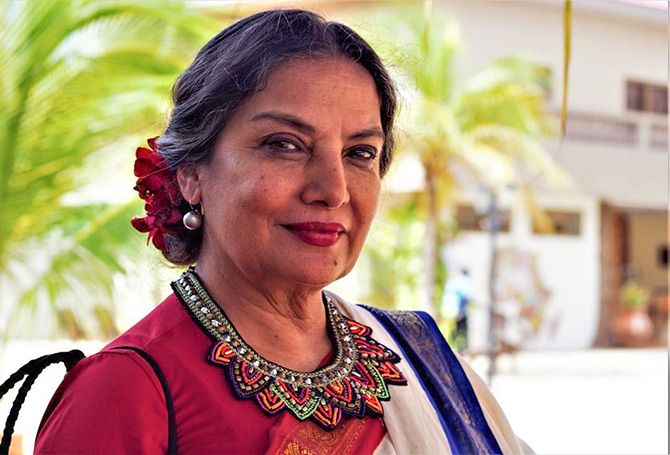 The veteran ladies of Bollywood seem to have caught Hollywood's eye.

After Dimple Kapadia was signed on by Christopher Nolan, Shabana Azmi has landed a role in a Steven Spielberg web series.

She has signed on for the nine-part Halo, directed by Otto Bathurst, who had helmed Black Mirror.

Halo is one of the most popular video game franchises in the world, having sold more than 77 million copies since its initial release in 2001.

The series comes from Showtime, Amblin Television and Microsoft.

Showtime has described the show as its 'most ambitious series ever' and the production will begin in Budapest in the fall.

The series will dramatise the conflict between humanity and an alien race known as the Covenant in the 26th century.

Pablo Schreiber plays the iconic role of the Master Chief.

McElhone (Californication) will play Cortana, the most advanced AI in human history, who may be the key to the survival of the human race.

Shabana Azmi will play Admiral Margaret Parangosky, the head of the office of naval intelligence.

"It can't get bigger than this!" Shabana tells Subhash K Jha. "Asian actors have been fighting for colour-blind casting for years... Finally, it has become a reality!

"This is new territory for me. I'm excited and nervous, which is a good place to be in."

How did she bag the role?

"It just fell into my lap!" she exclaims. "I had to give up two projects I was scheduled to do here but I figured it would be worth it."