Given that there are no major releases slotted for the coming weeks, Bharat should have a clear run.
Urvi Malvania reports. 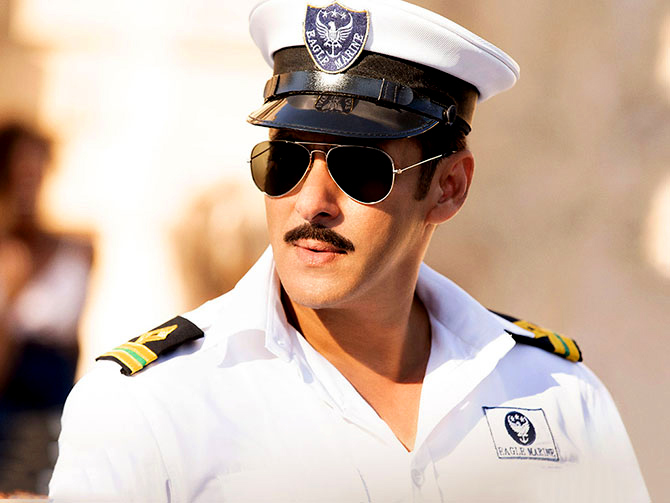 Salman Khan's Bharat has crossed the Rs 100 crore mark in the first four days of its release on June 5, which coincided with the festival of Eid.

With an opening collection of Rs 42.3 crore that beat expectations of the trade pundits, the movie, directed by Ali Abbas Zafar (also, the director of Tiger Zinda Hai, Sultan), continued performing well in the ensuing days as well.

The film earned Rs 31 crore on its second day, June 6, which was a working day.

A film can see a drop in its collections by nearly 50 per cent from the opening day to the next, especially if the next day is not a public holiday.

In the case of Bharat, experts believe that favourable reviews, combined with Khan's fan following and the lingering effect of the Eid holiday, held the film in good stead.

Bharat's Friday collection was Rs 21 crore, also remarkable, given it was a working day, taking its three-day total to Rs 95 crore.

There was a jump in the movie's Saturday collections, with the film earning Rs 27 crore on its fourth day, taking its total to Rs 122 crore.

While the film's business is among the best from Bollywood this year, and in fact, among the best opening weekends for Khan too, it has failed to create the kind of frenzy Avengers: Endgame did in April.

Made at a budget of Rs 100 crore to 110 crore, the film can now start booking profits for the producers.

Usually, a film which opens well, and sustains its business over the first weekend goes on to make double of what it collects in the first three days.

Since Bharat had a five-day opening weekend (it released on a Wednesday as opposed to a traditional release on Friday), it could collect something in the range of Rs 250 crore throughout its lifetime (the thumb rule is to consider four to six weeks at the cinemas).

The film is based on a South Korean film Ode To My Father and much like the original, Bharat follows the history of the country through the eyes of a common man, in this case the titular character.

It was released in 4,700 screens, which is the norm for a big Bollywood festival release.

Going forward, Bharat is expected to continue doing well, though the Monday collections will give an indication of how it performs once the festival effect has worn off.

However, given that there are no major releases slotted for the coming weeks, Bharat should have a clear run.

While Dark Phoenix, a film in the popular Hollywood franchise X-Men did release on June 5, the audiences for the two films are distinct. 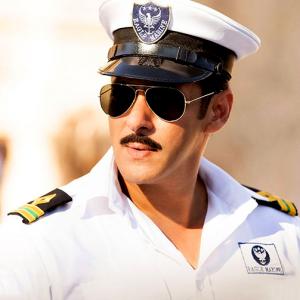 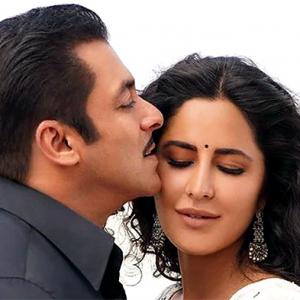