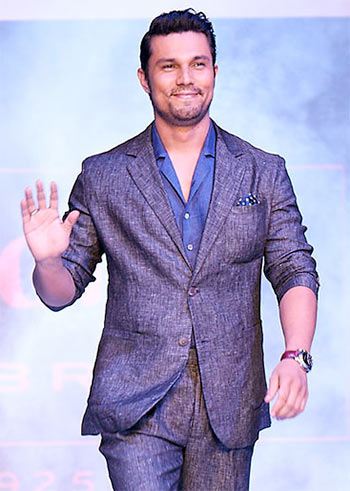 Ever since Randeep Hooda did Kick with Salman Khan, Randeep has been going around telling everyone that the superstar is fond of him.

It seems he's quite right.

Randeep, who was last seen in Main Aur Charles, has bagged a role in Khan's much-talked about film Sultan.

"It’s a strong role of a Haryanvi character, though not of Salman’s coach, as reported," says a source.

"Randeep has been chosen for the part as he is Haryanvi and because Salman thought he is appropriate for the character," the source adds.

Randeep reportedly will not play a wrestler in Sultan.

Interestingly, the actor was supposed play a Haryanvi boxer in Tigmanshu Dhulia's Bhiwani but sadly, the film never took off.