'To get the most important film of her career, which would perhaps take her another 10-15 years, she refused to do it to get married to him.'
'I mean it’s amazing!' 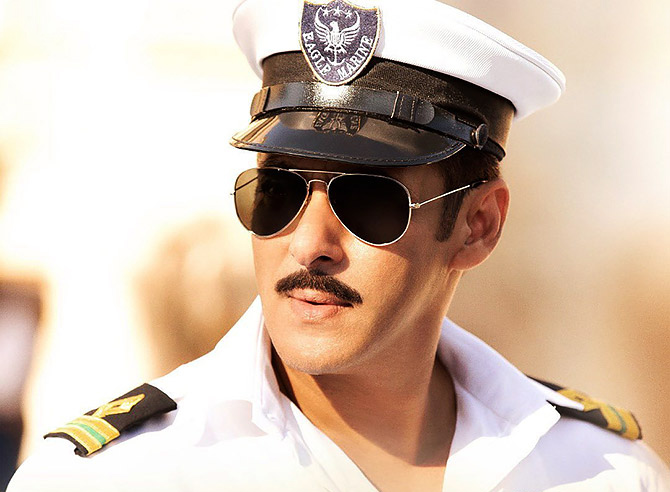 After the riotous success of Sultan and Tiger Zinda Hai, the successful actor-director pairing of Salman Khan and Ali Abbas Zafar returns with their hat-trick film, Bharat. An official remake of the Korean film, Ode to My Father, Bharat also reunites Katrina Kaif with the duo after Tiger Zinda Hai.

But she was not the first choice for the role; Priyanka Chopra was.

Priyanka opted out of the big-ticket venture to walk down the aisle with pop sensation Nick Jonas.

Is Salman Khan upset with her?

"Usually, a couple would fight at home and the girl might even leave her husband for a film like Bharat, but... she did the right thing," Salman tells Rediff.com Contributor Mohnish Singh.

Is he being sarcastic or does he really have the best feelings for PeeCee?

Read the superstar's interview, and tell us in the message board below!

Are you excited about Bharat?

The trailer and songs are good.

It has a huge canvas.

Action, thrill, comedy, romance and all that stuff is there.

But the main reason why this film was done is its plot.

Here, a nine-year-old boy has been given the responsibility to take care of his mother and three siblings.

There is a father, who promises to return.

From the age of nine till 72, he has done everything to see that everyone stays together and his siblings get married and settle down.

His journey shows it all. 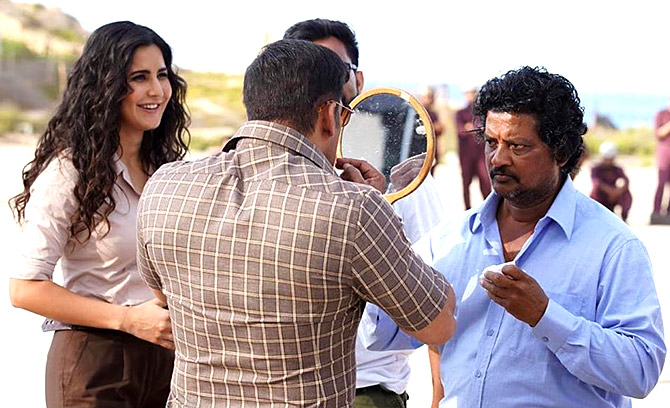 The character reflects your personality. You too have always supported your family and friends.

(Smiles) Actually, it is just the opposite.

They always support me. I need the support.

Is Bharat your best film ever?

Every film is my best film.

If two-three films don’t do well, I may get nervous. 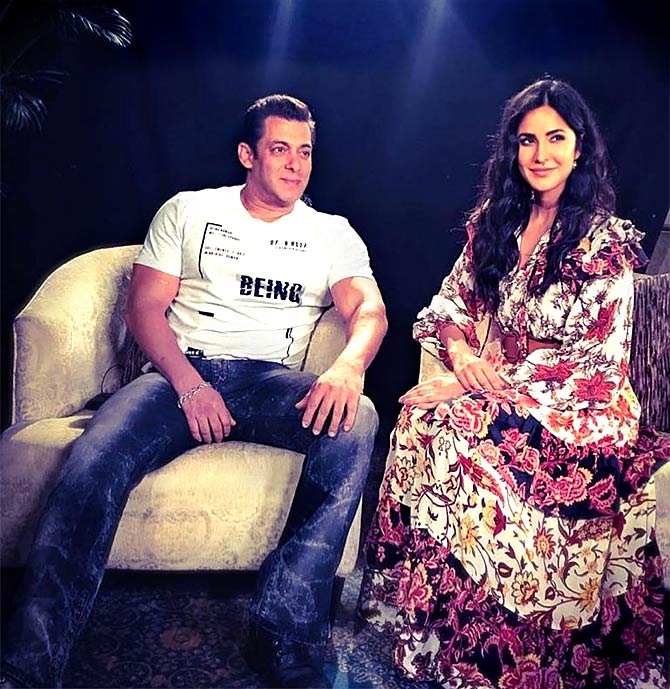 To whom did you narrate the story of Bharat first?

I had narrated this subject to Sooraj Barjatya. He made an amazing suggestion for the love story.

I told Ali (Abbas Zafar, director) that he (Bharat) should not get married to her (Katrina Kaif’s Kumud). It just deviates everything.

If he has his own family, what about her mother and siblings?

Also, what about his focus on his father?

Which is your favourite Bharat look?

The character of the older one is awesome. He has humour, anger and swag.

Do you think fans will accept it?

You know, I have always been told that a hero has to have long hair.

Whenever an actor’s hairline recedes, his career takes a backseat.

In Tere Naam, I took my hair off and that look was accepted.

You still give the younger brigade of actors a run for their money whenever you appear on the silver screen.

I don’t know what fans see in me.

The kind of films I do are like those I have grown up watching.

I used to react to those films the same way my fans react to my films.

I paint, I write and I watch TV.

I have this habit when I watch TV -- if something is already going on it, I don’t change the channel.

I get upset when somebody comes and changes the channel.

Even if it is the Tata Sky homepage, I keep watching it. Then somebody comes and changes it.

If cricket is going on, I watch it though I don’t understand much.

If some south channel is on, like Raj TV, I watch it.

The most dangerous thing nowadays is web shows.

I finish four-four seasons in one go. 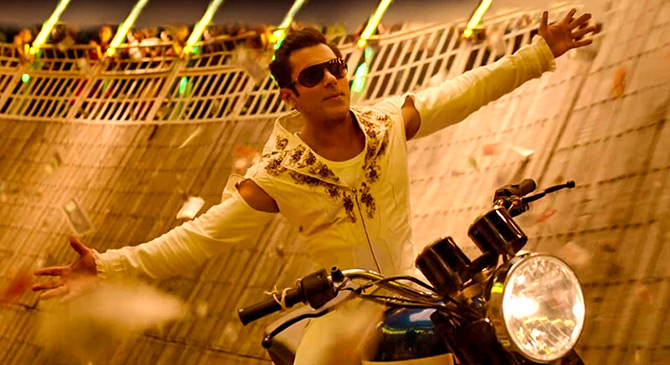 Which one are you watching these days?

I was watching Game Of Thrones but I stopped.

I watched till the fourth season. Then there was a break, so I couldn’t see the whole thing.

Then I watched Vikings. It’s outstanding.

Then there was a show called Arrow.

I like watching period stuff. I watched Peaky Blinders.

There are three-four more web shows that I would like to watch.

Do you take suggestions from your family?

Yeah, from my sisters!

The day before yesterday, I heard the climax of Game Of Thrones from my sisters. They told me who killed whom and all of that. You are producing something for the web space, right?

Yes, there is something in the pipeline.

We are also producing a lot of content for television like The Kapil Sharma Show and Nach Baliye (9).

Will you feature in any of the web shows you are producing?

No. But our Indian sensibilities are different, so we need to make web content keeping that in mind.

I started TV because a lot of friends -- with whom we cannot work in films -- are big names on television.

I started TV because of that, not to make money.

We started to give more and more employment to directors, producers and actors.

Have you watched the Baahubali movies?

By the way, I won’t mind if you give me spoilers.

Even if you tell me the whole story, I will still watch it.

How difficult it is for a superstar like you to maintain his stardom?

It will fade away.

It's a huge task to keep it going for such a long time.

In fact, I think Shah Rukh, Aamir, Akki (Akshay Kumar) and I are the only ones who have been able to pull it off for such a long time.

We will try our best to keep it going for another few years.

After a point, every superstar’s film does not perform as well and their collection comes down to 8-10 percent.

That will to happen with us as well but I don’t think it has started yet (smiles).

How did Katrina take your comment about her winning the National Award for her performance in Bharat?

She thinks I am joking about it.

She told me, 'You have been saying National Award and everybody thinks it is a joke and that I may not get it.'

I told her I was serious about it.

But she says the way I have been saying it, people might think I am joking.

I really think she truly deserves the National Award for Bharat. 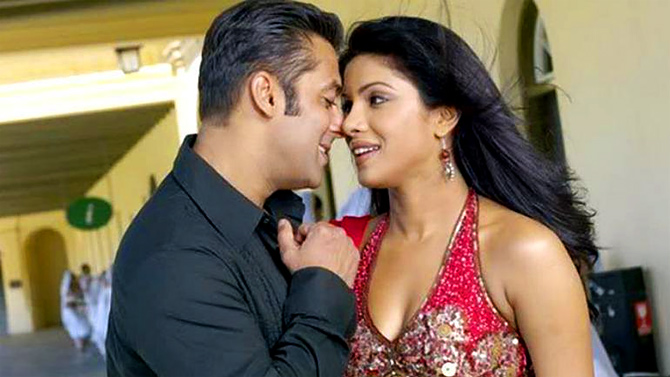 Do you think Katrina was the right choice for Bharat, not Priyanka Chopra?

Priyanka was very keen to do this film.

Initially, Ali and we thought that it was Katrina Kaif's film.

Moreover, Ali said it was the role of a Hindustani girl.

I said, ‘It’s strange. Katrina is your friend. You have worked with her on multiple projects.'

I asked him if Katrina herself did not have the confidence to pull off a Hindustani role.

I mean, she has been living in India for the last 20 years.

I said to him, ‘Don’t be ridiculous. She has done Raajneeti and a Raj Kanwar film (Humko Deewana Kar Gaye). Just because she has recently done films like Bang Bang, she won’t be able to play an Indian?’

But then Ali said Priyanka had called him up and wanted to do this role.

Priyanka and my sister, Arpita, are good friends.

After that, the 'Nick story' happened.

She chose to get married, which is a very bold, brave and amazing step to take.

She has taken the right step.

Usually, a couple would fight at home and the girl might even leave her husband for a film like Bharat, but...

But she did the right thing.

She did what she wanted and Katrina got what she deserved.

She must have thought that I would get upset with her and never work with her.

She must have thought, 'I am taking this call five days before the schedule starts. He may get pissed off and never work with me.'

She came home and spoke to me.

I asked her what happened.

She said, 'Nick has proposed to me and I might get married.'

She said there would be some date issues.

I said, 'Sure, get married. We can adjust two, three days.'

Then she said she did not want to do the film. She said, 'I hope you don’t have any problem.'

I said, 'Why I should have a problem? It’s a good thing, you getting married.'

Usually, people would push their marriage for a year or so to do a film like Bharat.

But she chose to get married, which I think is outstanding. 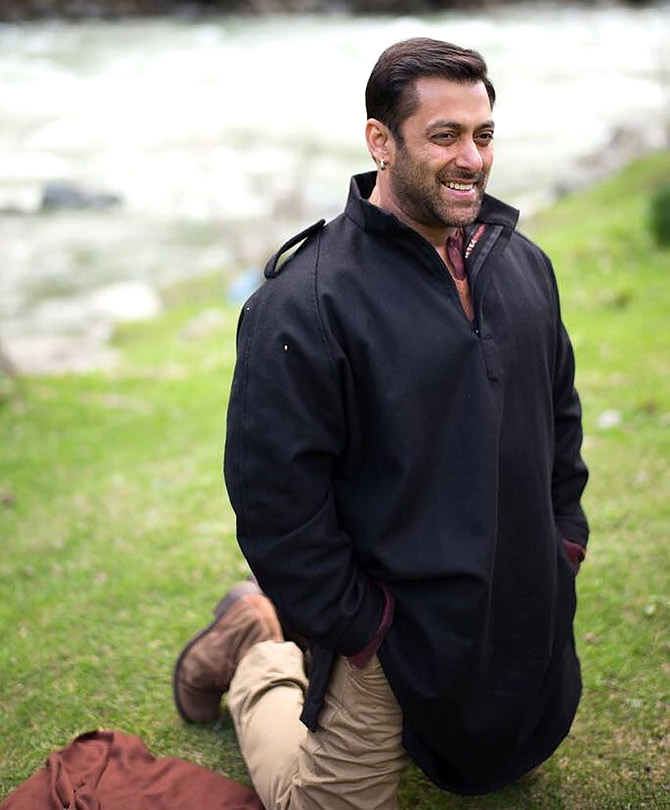 Are you upset with her?

No. This is the most amazing thing she has done.

I mean, she has worked so hard. She's one of the most hard-working actresses here.

She has worked so hard to keep her career alive here and there as well.

And then, to get the most important film of her career, which would perhaps take her another 10-15 years, she refused to do it to get married to him.

Your films are panned by critics but loved by audiences. What do you have to say about critics and movie reviews?

They are negative people, yaar. What to expect from them?

At times, they will give my film five stars, the other time -5.

They don’t understand anything.

They have never made films.

Even if their reviews affect 10-15 percent of the audience and people don’t go to watch it, that 10-15 percent less income makes a lot of difference to the poor producer.

Films are not cheap to make.

Films are not made in Rs 1 crore today.

My film, Maine Pyar Kiya, was made at a budget of Rs 1.11 crores. That was the highest budgeted film at that point of time.

The scenario is not the same anymore.

Today, even the smallest film is made with Rs 25-30 crores. So you need to recover that money.

Write reviews, but don’t be irresponsible.

Let the audience go and see it.

It may not make any difference in my life, but there are people who get affected by it.

When are you starting Inshallah? 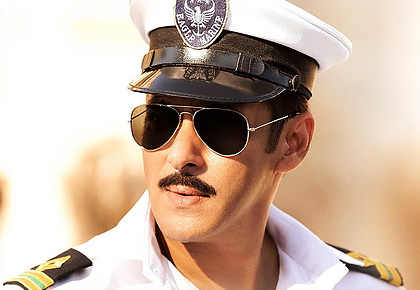