Sultan will release on July 6. The superstar also tweeted a picture of himself with Mukesh Ambani's son Anant, at the latter's birthday party.

He wrote: ‘So happy to see Anant Ambani, lots of respect n sooo happy fr him. Takes a lot of willpower to loose 108kgs in 18mnths.’

Get ready for Udta Punjab trailer While the trailer of Abhishek Chaubey's Udta Punjab will be released on April 16, the teaser poster of the film is out.

Here’s what Priyanka Chopra is up to 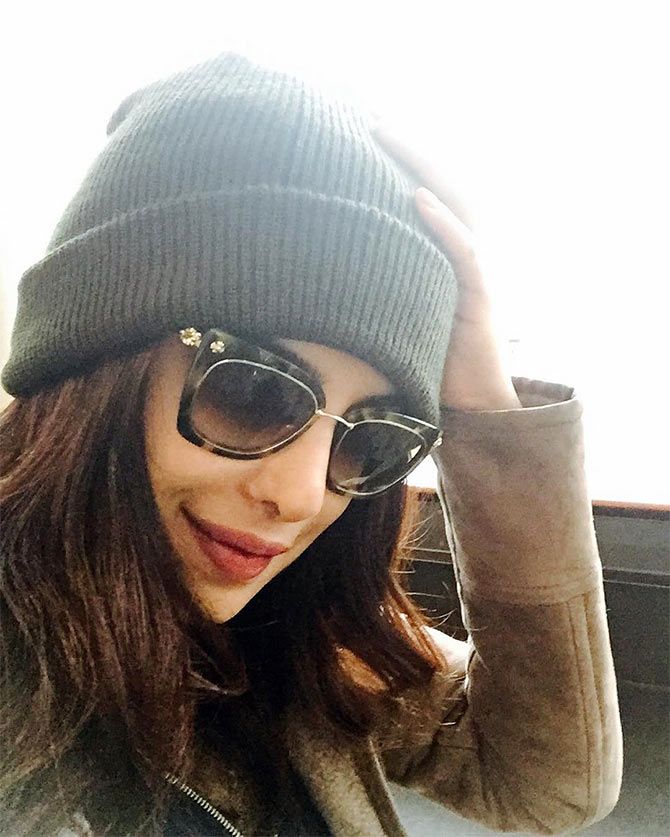 Priyanka Chopra, who has finished shooting for Quantico in Montreal, is back in Mumbai for a day.

She posted a picture, above, and wrote: ‘Something amazing about airplanes and travel. Everything seems within reach.. #IndiaBound’ 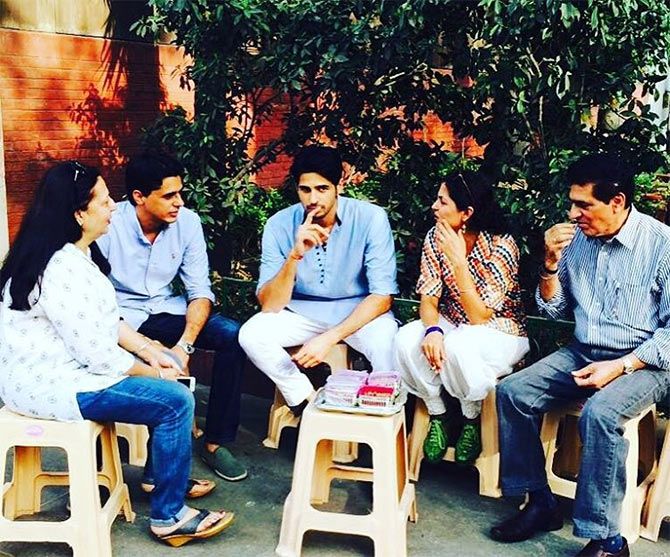 Sidharth Malhotra’s family recently visited him on the sets of his film Baar Baar Dekho.

Directed by Nitya Mehra, the film is scheduled to release on September 9 and also stars Katrina Kaif, Ram Kapoor and Varun Sharma. He shared a picture from the shoot, above, and wrote: ‘Love this man & his team - @BoscoMartis - makes the songs magical #Banjo.’

The film, which also stars Nargis Fakhri, is expected to release on August 19.

Shraddha gets ready for Baaghi She shared a picture, above, and wrote: ‘And #Baaghi promotions start! On way for interviews!’

Also starring Tiger Shroff, the film will release on April 29.

Salma Khan plays with her grandson 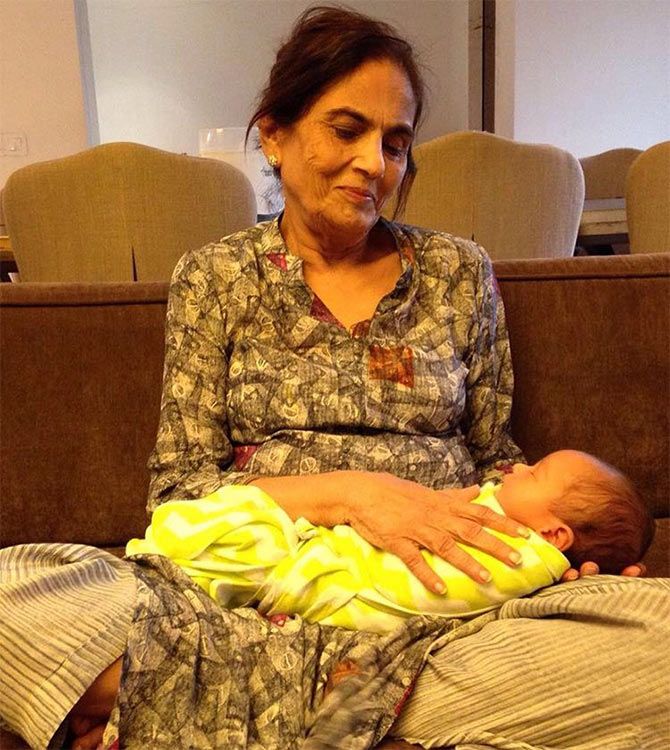 Salman Khan’s sister Aprita Khan Sharma, who was recently blessed with a baby boy, took to Instagram to share a picture of her son with his grandmother.

‘Nani loving, blessed with the best,’ Arpita captioned the photograph, above.

Preity enjoys a night out with her gal pals Newlywed Preity Zinta recently caught up with her friends in Mumbai, including Sussanne Khan and her sister-in-law Malaika.

She posted a picture on Instagram, above, and wrote: ‘The art of #photobombing requires one to not just magically appear in the photo but also to scare the living day lights out of the people taking the photo. hehehheh ! #thisisliving #friendsforever #guestappearance #photobomb #thiscrazyweek #lovingit #laughter Ting.’ 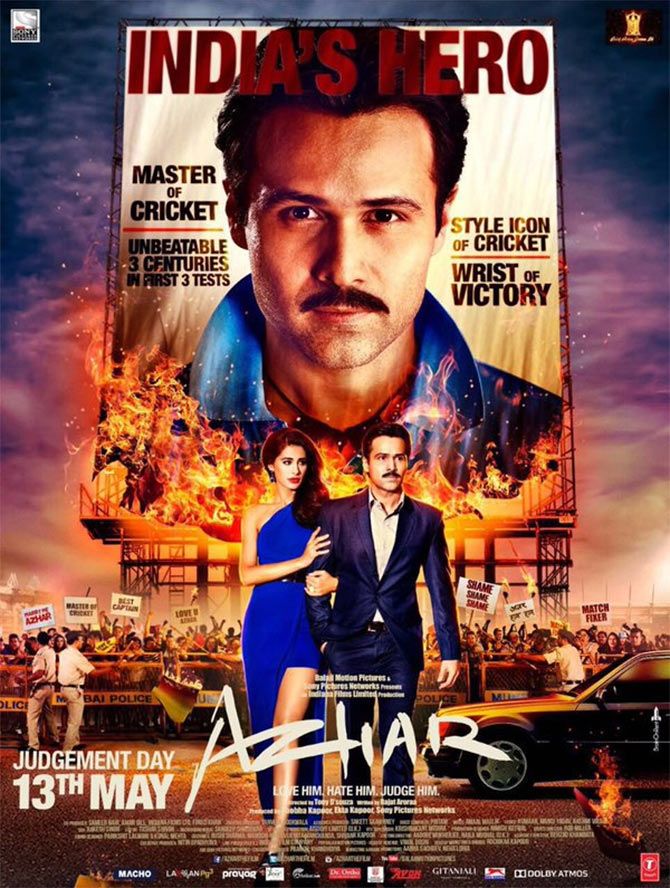 Directed by Tony D'Souza and produced by Ekta Kapoor, the film is based on the life of the Mohammad Azharuddin. It will release on May 13.