Is this Salman Khan's new girlfriend? 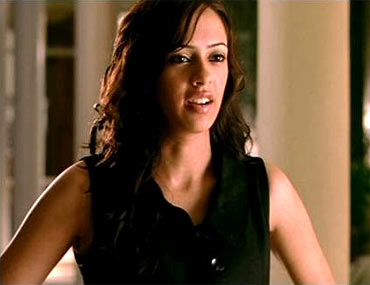 The latest rumour has it that Hazel Keech has entered Salman Khan's life after Katrina Kaif stepped out.

The young starlet is starring in Sallu's new film Bodyguard, directed by his brother-in-law Atul Agnihotri.

Hazel has been taking Hindi diction classes from Vidur Chaturvedi at Atul Agnihotri's office, from whom even Katrina had taken classes.

It seems like Salman is pretty happy with the actress, and she is the latest entrant in the Khan family.

So just who is Hazel Keech?

Born in Essex, London, she was born to an Indian mother and British father.

She got an opportunity to work in three of the Harry Potter movies.

When she turned 18, she came to Mumbai on a holiday, and decided to stay back to pursue an acting career.

Hazel is known for her music videos Kahin Pe Nigahen (the Suga Candy version) and many television commercials. She has appeared in the Tamil film, Billa.