News
Business
Movies
Sports
Cricket
Get Ahead
Money Tips
Shopping
Sign in  |  Create a Rediffmail account
Rediff.com  » Movies » 'Salman is one of a kind'

'His level of loyalty and support knows no boundaries.'
'You'll never meet a person like him.' 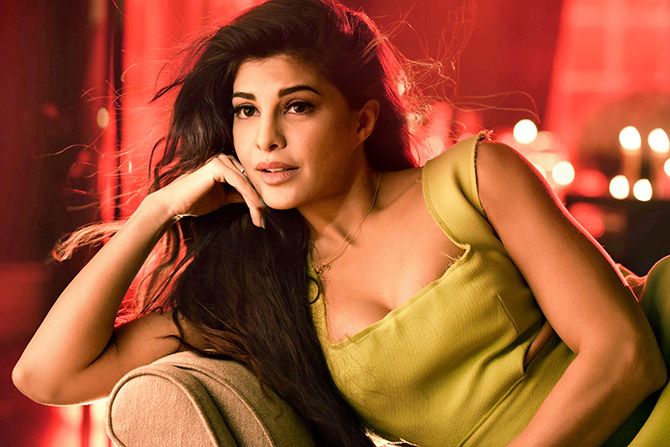 Jacqueline Fernandez returns to the Race franchise with Salman Khan.

Jacqueline Fernandez reveals the USP of Race 3. Afsar Dayatar/Rediff.com turns on his recorder.

Jacqueline, you recently said sequels have been very lucky for you. You seem to be recreating the Midas touch with Race 3 as well.

I have been a part of so many sequels now and all of them, touch wood, have been successful. So I'm very positive about Race 3. 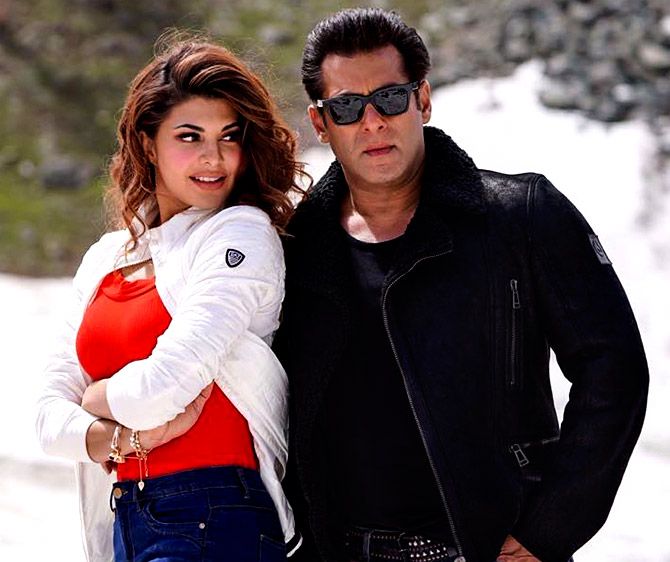 IMAGE: Jacqueline and Salman in Race 3.

Tell us about the action in Race 3.

I'm very happy about the fact that this is definitely the most action I have done.

You know, there's a full out fight sequence between Daisy (Shah) and me.

Everyone has these really cool fast cars and vehicles in the film. I have a really cool helicopter (laughs).

There's hand combat, gun sequences... they've given quite a lot to the girls as well.

We rarely get to do much action in action movies, so we've got our fair share in this one.

The perception is generally changing about giving girls a lot of action because first of all, it looks really good! There's a huge audience for that.

We are capable of doing a lot of stuff and the competition is getting quite heated when it comes to action between the actresses. 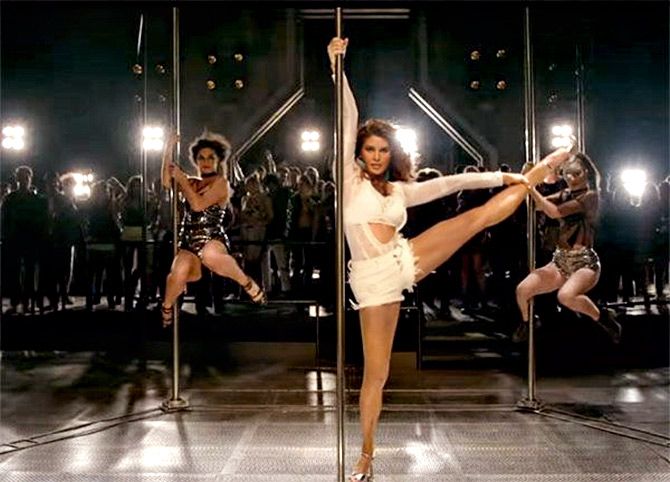 IMAGE: Jacqueline does the pole dance in Race 3.

Which was the most difficult sequence?

I did pole dancing in A Gentleman and after that, I never thought that I would do pole dancing for another way. So I left it. I would do it once in a while -- I have a pole in my gym.

Then, two weeks after we shot the song Party Chale On, we did Hiriye.

Remo and I were having a discussion on what to do, the custumes, concept of the song...

And he said, by the way, you need to do pole dancing. And I was like, what?

I told him that I was not going to pole dance in months!

It is a kind of sport, a kind of dance form, where if your muscles are not trained, it's difficult to even climb (the pole).

But he said let's do it. And I knew he was so right. So I said okay.

I asked my trainer to fly down asap to get it done. So she came, and we trained for it.

When you get back to pole dancing, your whole body gets messed up... your muscles get stressed out.

On top of that, we were shooting Allah Duhai Hai in the night shift. We were having a nervous breakdown!

In the first two installments, we saw Saif Ali Khan. Here, we see Salman. What has he brought on board?

Salman has been sitting on every single scene.

There are six or seven of us, and each one has to keep you convinced and intrigued throughout the film.

If you lose interest in one, it will get difficult for the rest of the film to be supported. 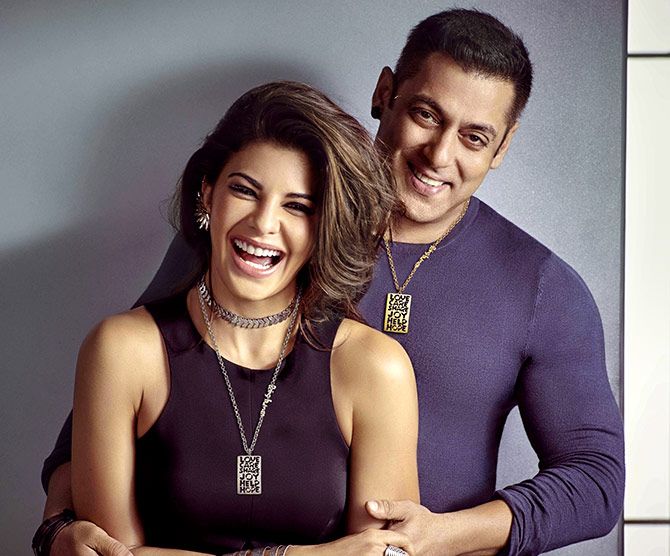 How different will Race 3 be from Race 2?

A lot of people are asking why we are calling it Race 3 then? Is it a sequel?

If it is a completely different story with different characters, why are you calling it Race 3?

The fact is that it is in the same world of Race.

Race has an interesting and unique USP: it has suspense till the end.

There was always like a big reveal throughout the film.

Each character was very suspicious, negative, until you realise that it is completely different.

You are constantly questioning and shocking the audience as you move along.

That has always been the format of the film, and we have stuck to that.

There are new characters now, new stories, but who knows, maybe there will be a Race 4 or 5 and the characters from Race 1 and 2 will come back.

There are so many different ways of doing sequels and franchises.

Hollywood can experiment, so why can't we? 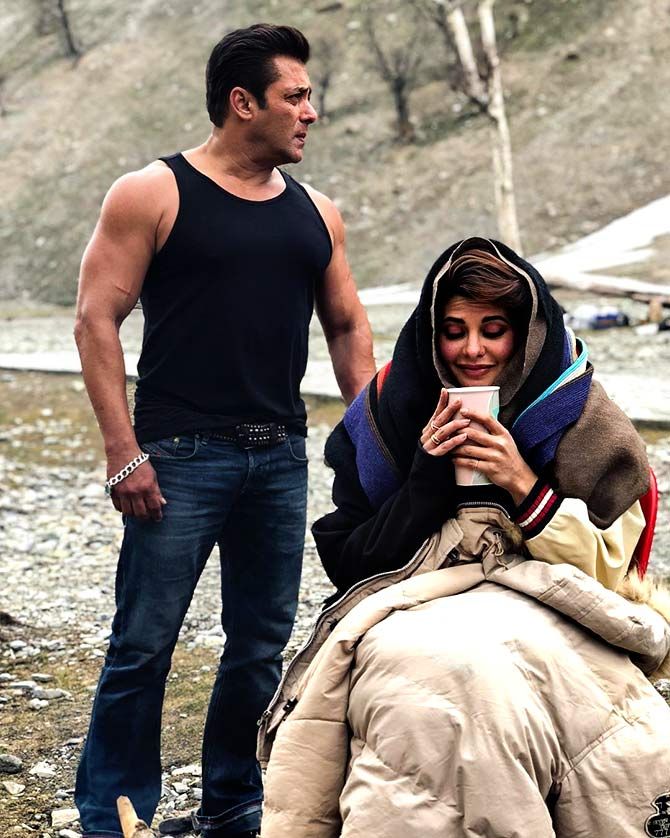 IMAGE: On the sets of Race 3 in Kashmir. Photograph: Kind courtesy Jacqueline Fernandez/Instagram

Are you nervous that you may alienate the Race fan base?

If they are real fans, they would appreciate the brand more than anything.

And I think they would still take it.

For example, Star Wars goes way back. If (Steven) Spielberg was to do Star Wars, people would still take it. It is Star Wars at the end of the day.

The true followers of the brand would like to see it in whichever circumstances it comes in, whatever backdrop... they would be more than happy with the changes.

Do you think the pressure on you is less because it is an esemble film?

No. I used to think that.

I used to think that the burden of the film will not come on me, it will be on everyone.

But the pressure lies in the fact that because there are so many people, you really need to do your best and make sure your character stands out.

Even if you are doing a solo film, you are still sharing the burden with your co-star and the director. It is the same thing. 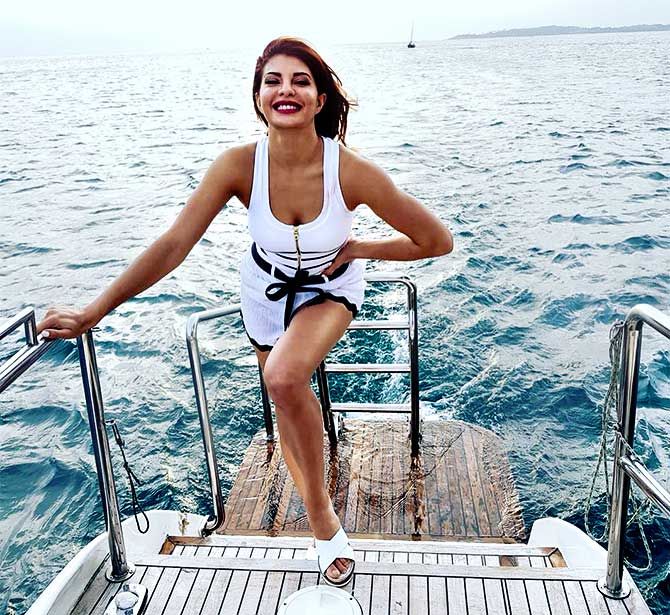 Your star power has increased from say, Housefull 2, to Race 3. Has the pressure increased?

Yes, definitely. I never used to feel it before because I was new.

Now, it's like it's scary because you need to continuously up your game. There is a lot of pressure.

People and fans expect it from you.

Even for Salman. Even if he doesn't live up to expectations on a film, for no fault of his own, it is even harder.

The higher up you are, there's just as much negativity you have to face.

Success is one of those funny little things where your highs are really high and your lows are really low.

Is it true that Race 3 happened because a dance film with Salman did not work out?

Yes, and I was informed two months prior to the shooting!

We had actually locked on a dance film with Remo and I was training for that.

We were informed just a few months ahead that it wouldn't happen and I was heartbroken.

I was then told about Race 3.

I wasn't understanding that conversation. I was like, is Salman doing Race? When did this happen?

So he came on board for Race 3, and Remo was directing it.

In two months, they finalised everyone from Anil sir to Bobby to Daisy to Saqeeb... this entire group.

We structured everything, sat on the script and Race 3 happened overnight!

Salman has said you are the best actress of the current generation.

When did he say this? (laughs).

Salman is one of a kind. He is one of those very rare people you meet.

His level of loyalty and support knows no boundaries.

Anyone is lucky to have someone like him in their life.

After Race 3, I will release Drive. I haven't signed anything else.

What about Girl on A Train?

We are still working on the script.

Girl On A Train is a very important film for me. It's very different from what I do.

I have to take extra precaution.. I have to be 100 percent sure. It is still in scripting. Unless it's 100 percent convincing for me, I won't be able to do it.

With films like Race 3, you know it is a commercial film and it will have a certain audience.

It is a brand. People will anyway have their own opinion, but it will make its money.

With Girl On A Train, you take on a lot more.

You don't want to, first of all, lose anyone else's money. You want to be doing your best.

People have a certain expectation from you. As an actor, I can't deliver that because I have questions about the script myself. 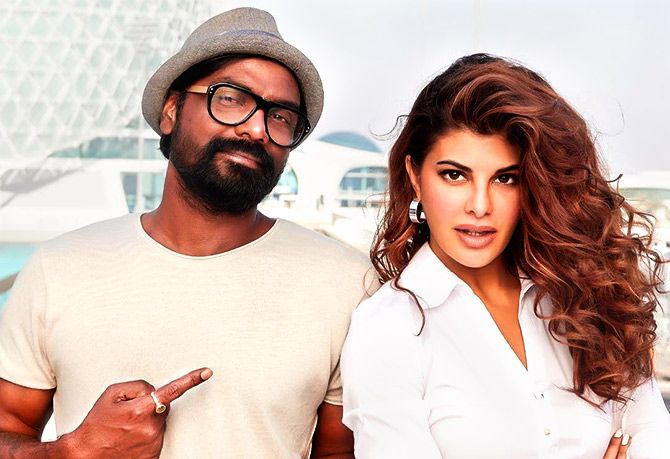 Are you a part of Housefull 4?

No. I'm a huge fan of the Housefull series; I have been a part of it since the first film.

But like Race has taken a different direction... even in Housefull, the characters have been changing throughout. I am still excited to see it.

I think (director) Sajid Khan will do a great job of this as well. I will definitely watch it as soon as it comes out. 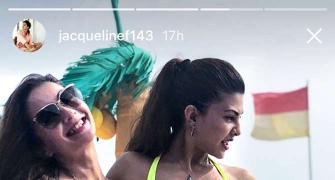 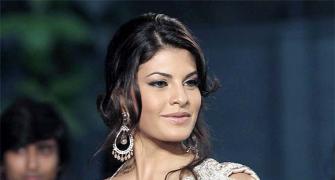 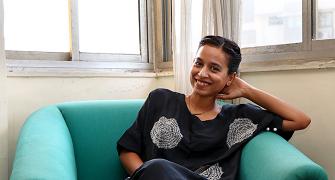 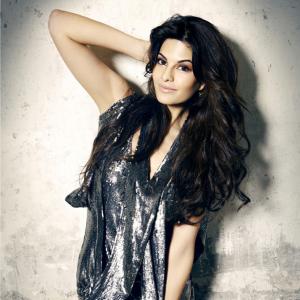