'More to friendship than just girlfriend-boyfriend'

'If you are mature and haven't done terrible things to each other, love doesn't have to go away.' "At the end of the day, acting is like dancing with the camera," Rocket Boys actress Saba Azad -- who has piqued everyone's interest since she featured in Hrithik Roshan's life -- tells Rediff.com Senior Contributor Roshmila Bhattacharya in the concluding segment of a lively conversation.

You were born Saba Singh Garewal.

Yes, my passport still has that name.

So how did you become Saba Azad?

So many artists adopt different names; Azad rang true to me.

No. But it changes the way people perceive me, which I understood much later.

It often creates preconceived notions and generalisations as some people, in their ignorance, make assumptions about your background, your religion and the like.

To be honest, the name is not a joy anymore. You have a band, Madboy/Mink.

Yeah, it happened a decade ago, quite by accident, when I cast Imaad in a play I was directing.

During rehearsals, we discovered that we shared similar tastes in music. He wanted me to sing one of his songs.

While we were jamming, a booking agent heard us and offered us a gig for which we put together some original tracks.

And just like that we were a band, named after 'Mad Boy' Imaad and me, Mink, which my favourite music producer, Audio Pervert, would call me.

You've given playback for many films, including Nakhrewali from Mard Ko Dard Nahin Hota.

(Cuts in) I didn't even know about Nakhrewali till I went to see the film at MAMI.

When I heard it, I asked my friends, 'Hey guys, was that my voice?'

I had gone for an audio test, they gave me the song to check my voice, then used it. It was as random as that! And the Dhoom anthem with Raghav Sacher?

Wow, no one has mentioned that in ages!

They talk about Main Aur Charles, Byomkesh Bakshi, but I thought the Dhoom anthem had disappeared into the armpit of YouTube.

My management came to me with it. Raghav and I got into a studio and recorded it. There was a video and that was it!

The first Dhoom was already a hit, the second expected to go through the roof because of the people involved and the studio (YRF) behind it. I was honoured to be a part of it, but I thought it was forgotten.

The Karwaan song was produced by Imaad and recorded in his home studio, like most of Madboy/Mink's tracks. Imaad and you have proved so beautifully that two people can continue to make music even after they break up.

If you are mature and haven't done terrible things to each other, love doesn't have to go away.

There is more to friendship than just girlfriend-boyfriend and husband-wife.

We, as a country, are evolved enough to understand that men and women can be friends.

You can have a lasting platonic friendship with your ex.

True. While I used to be measured in what I said in the past, now since some people are anyway dissecting my life on the Internet, trolling and heckling me, I've decided the least I can do is protect my friend.

I'll say this once and for all, Imaad is my best friend, my family, and he will always remain so.

If anybody can't understand that, I'm sorry for them because they are still stuck in time, 10,000 years ago, while we have moved to 2022.

Any memories of Irrfan Khan from your first film, Dil Kabbadi?

Sadly, I never got shoot with him because all my scenes were with Rahul Bose.

I supposed to be opposite Irrfan, but Rahul and Irrfan switched roles.

It was my first film and I was lost because while I had been doing theatre, it's not as technical as cinema. And it's very different when you are facing a camera.

But Rahul was a seasoned actor and a helpful co-star. His presence was calming on the sets. We had some great conversations.

Observing him, I began to understand the craft.

At the end of the day, acting is like dancing with the camera.

You did Mujhse Fraaandship Karoge?

(Laughs) A teenybopper romance when I still had fat cheeks.

Everyone on that film remains a friend still. 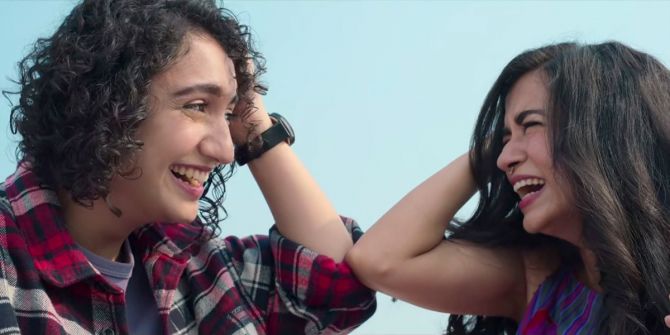 More recently, there was an interesting anthology, Feels Like Ishq.

Yes, and our story, She Loves Me, She Loves Me Not, was a delightful, sweet, slice-of-life office romance between two girls.

What I liked about it is that it didn't dwell on their sexuality.

It could well have been the love story of two men, or even a man and a woman.

And that's how it should be in 2022 because we have moved to a place where all love is welcomed and celebrated.

We shot it in three-four days, in Bandra (north west Mumbai), going sleepless for 24 hours and everyone was wired. It was so much fun.

Among your forthcoming films is Rumana Molla's directorial debut, Minimum, an international drama set in Belgium, which deals with transactional marriage and migration, in which you play a French girl, Laurie.

She's of French heritage, but a native of Belgium, who lives there and is not exactly an immigrant.

But you still have to learn the language?

(Laughs) Yes. I told my director I must be a masochist because it's definitely the most uphill task I've taken up as an actor.

Phonetically, I'm familiar with French since I've visited the country a fair amount, have family there, and have watched a lot of French cinema.

But you can learn a language for decades and still not understand the nuances. Plus, French is a difficult language.

But that's what drew me to the film. It was a great opportunity to get into something entirely unfamiliar and I'm gathering as I go along. Would you be able to hold a conversation if you went out to dinner with a group of French friends now?

(Laughs) If they spoke slowly, I might understand parts of it.

I can order my food in France, find my way from one place to the next, but that's the bare minimum.

Talking of Minimum, such heart-breaking migration stories are not uncommon today.

Yes, in these times, the immigrant crisis is very real with people from war-ravaged countries seeking asylum in others.

A lot of agricultural labour from Punjab has also gone to Canada in search of greener pastures or moved to cities for a better life.

Yes, unfortunately such stories are common today, but our story is unique within that. 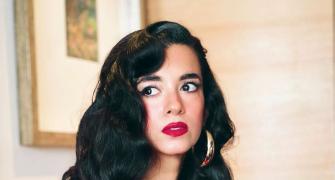 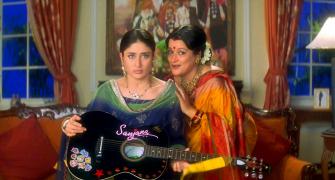 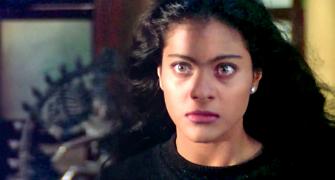 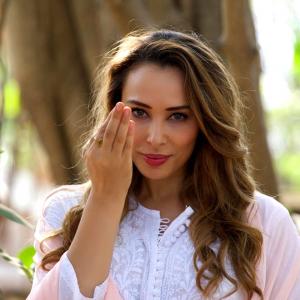