Review: Paavada is a decent effort 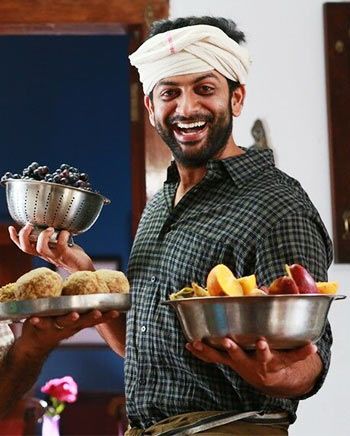 There are elaborate court scenes in Paavada that test our patience, writes Paresh C Palicha.

Alcoholism has become so common in Kerala that you see serpentine queues in front of the state run liquor shops.

A lot of Malayalam films have people drinking and making merry.

Paavada, starring Prithviraj, has a similar theme where Prithviraj plays ‘Pambu’ Joy (Pambu or snake is a nickname used for drunkards as they creep on the floor like reptiles once they are drunk).

Joy is a skilled youngster, whose life gets ruined because of his drinking.

On the other hand,  Babu is an ageing man, who likes to recite dialogues from the plays of Shakespeare. He is a rich man who used to be a professor of English.

Joy's wife Simi (Miya) is a nurse, who leaves him and works in an old age home. That prompts him to go into a de-addiction clinic.

Babu is also forced to join the same clinic, run by tyrant of a priest played by Chemban Vinod Jose.

Here, they become roommates and form a camaraderie. One night, they run away.

They continue to live in their jolly ways until the end of the first half when Joy discovers that Babu was instrumental in doing something that had wreaked havoc in his life.

Bipin Chandran's screenplay discusses the ethical, moral and legal issues pertaining to such situations. There are elaborate court scenes that test our patience for two and a half hours.

The second half has notable cameos by Murali Gopy (as the art director), Sai Kumar (as Babu’s father) and Manju Warrier.

This is one of the fertile periods in Prithviraj’s career and he makes it even better with this film. He has to be a breezily comic fellow in the first half that he does unpretentiously making this film yet another winner as far as his performance goes. He gets able support from Anoop Menon, Nedumudi Venu and Maniyanpilla Raju (who is also the producer of this film).

Paavada can be called a decent effort only if we ignore the flaws.