Review: Maan Karate is a letdown by uninspiring direction 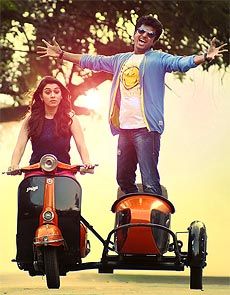 Directed by debutant Thirukumaran, Maan Karate is all about how a weak, good for nothing is suddenly transformed into a boxing champion by the power of true love, says S Saraswathi.

The charming television anchor-turned-actor Sivakarthikeyan seems to have won over audiences with just a handful of films.

All three have been massive successes, making him one of the most bankable newcomers in the Tamil film industry.

In his latest film, Maan Karate, directed by debutant Thirukumaran, a former associate of director A R Murugadoss, Sivakarthikeyan is paired opposite the ultra glamorous and much sought after Hansika Motwani.

Sathish and Vamsi Krishna play significant roles in the film.

Anirudh Ravichander, who has composed the music for the film, makes a special appearance for a dance number.

Director A R Murugadoss, who is credited with the story, has produced the film along with Madhan of Escape Artistes Motion Pictures.

Maan karate is supposedly a form of defence in which one escapes an attack by using the tactics of the deer. The film is all about how true love can help one accomplish the impossible.

Peter (Sivakarthikeyan), a weakling, is suddenly transformed into this boxing champion, to prove his love for Yazhini (Hansika).

The film opens on a mystical note. Five IT professionals, Sandy (Sathish) and his friends are on a camping trip in a dense forest.  The visuals here are simply amazing.

It is here that they meet a Siddhar (saint meditating in the forest, believed to have mystical powers), who promises to grant them a wish.

Sandy, who is a non-believer, asks him for a daily newspaper that will be printed four months into the future, on the day after Ayudha Pooja, knowing very well that this is the only day that newspaper offices are closed.  To their great astonishment, the Siddhar is able to produce the paper.

But a bigger shock awaits them when they find their names in the paper, as friends who have helped someone called Peter win a Boxing Championship, which carried a reward of Rs 2 crore.

Greatly intrigued, the friends are determined to find this stranger, Peter, help him win the championship, and then cheat him out of the money.

They are deeply disappointed when they realise that Peter (Sivakarthikeyan) is a good-for-nothing, unemployed drunk, who has absolutely no clue about boxing.

Do they or do they not succeed in this mission, especially when they realise that there are not one but two Peters, who can potentially win the title?

Killer Peter (Vamsi Krishna) is a boxing champion, who has won the title many times in the past.  Are they backing the wrong horse?

Though we see nothing new in Sivakarthikeyan’s performance, he does have a certain mass appeal.  He has worked on his dance skills and even makes a grand entry, much like our A-list stars, in a song, Royapuram Peter, which he has sung himself.

Hansika has lost oodles of weight and looks slim and pretty, but sadly, the Sivakarthikeyan-Hansika onscreen chemistry does not seem to work very well.

Vamsi Krishna does not have much to do in the film and Soori, too, does not make much of an impression in his brief appearance as a boxing referee.

Kolaveri Anirudh, however, has proved once again that he understands the pulse of the youngsters.  In fact, the BGM and sound tracks in the film, make the film appear more exciting than it actually is.

An ordinary effort by the director, whose immense faith in the power of love seems utterly fantastical. 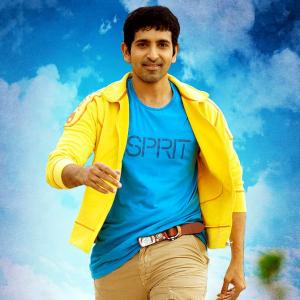 'Mahesh Babu was my inspiration' 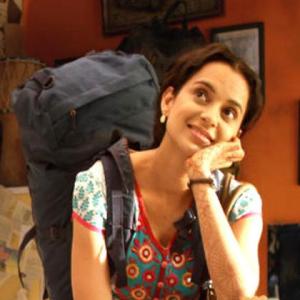