Review: Inam is a revelation 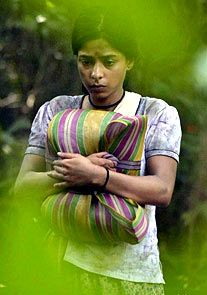 Set in the backdrop of the Sri Lankan Civil War, Santosh Sivan’s Inam brings to light the plight of the thousands of hapless Lankan Tamils, who were caught in the crossfire between the LTTE (Liberation Tigers of Tamil Elam) and the Sri Lankan government, writes S Sarawathi.

Santosh Sivan’s contribution to cinema as a writer, director, producer and cinematographer par excellence, is legendary.

He has been awarded the National Film Award 11 times and he is also the recipient of many international accolades and honours.

Santosh Sivan was recently conferred the prestigious Padma Shri by the Government of India.

His latest film Inam is set against the backdrop of the Sri Lankan Civil War and the plight of the thousands of Lankan Tamils who were caught in the crossfire between the LTTE (Liberation Tigers of Tamil Elam) and the Sri Lankan government.

Inam is a bi-lingual film, in Tamil and English, and has been shot by Sivan himself with a Red Epic digital camera.

The film opens in a refugee camp in Tamil Nadu where 18-year-old Rajini (Sugandha Ram) recounts the horrors she has left behind in her homeland.

Rajini and many other children who have lost their families find shelter in the loving arms of Tsunami Akka (Saritha). She is called so, as the children believe her to be even more powerful than the tsunami of 2004 that was equally responsible for destroying a huge part of their life.

Tsunami Akka offers help to everyone in need and is assisted by school teacher Stanley (Karunas) and his wife.

Nandan (S Karan), a young boy with Down syndrome is rescued by Rajini and brought to the orphanage. These young innocent children are forced to live in terror through the never-ending gunfire and shelling.

Besides the fear of death, they also face other indignities. One of the girls, Savithri, is taken away on the pretext

of questioning and is raped. She returns mute, unable to utter a single word, her dark empty eyes speaking volumes.

Enraged by this sordid episode, a bunch of young boys and girls, along with Savithri, leave the safety of their orphanage to help their brothers fight the war.

How Rajini and some others overcome all hardships to eventually cross the ocean and reach the security of a refugee camp in India forms the rest of the story.

The film revolves around the children at the orphanage and depicts their perspective of the war.

Nandan, especially, is the heart and soul of the film.

His mispronounced dialogues, particularly the one he repeats frequently throughout the film, ‘My Mr Friend’, referring to an old skull he finds and refuses to give up, is extremely endearing.

It’s an extraordinary performance by S Karan, an actor with Down syndrome, who manages to bring a smile to our faces even in the midst of all the death and despair.

Saritha, Karunas and Sugandha too have given admirable performances.

In the last half hour there are pathetic and highly emotional scenes of the height of the war, the atrocities committed on young innocent women and children, and the utter hopelessness of the victims.

There is one scene when Rajini is being brutally raped by a soldier while another soldier callously records the entire ugly incident on his mobile, ‘to upload on the You Tube’, he proudly states.

Director Santosh Sivan’s Inam portrays the harsh truths of the Sri Lankan Civil War and the destruction of a beautiful land and its people. It’s about people who have lived in these lands for generations, left with nothing, neither their homes nor their families nor their pride.

Inam is truly a film worthy of the esteemed Santosh Sivan, definitely a must watch. 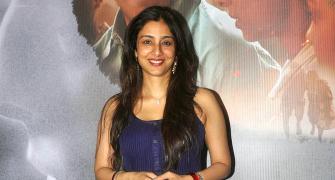 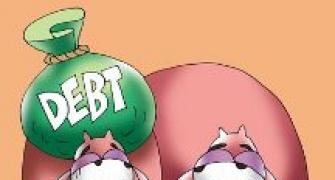 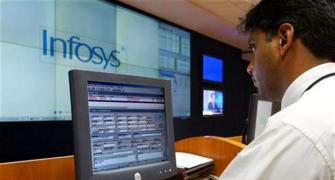 Report puts Infosys in the dock over governance

Santosh Sivan: Inam is not a documentary The Best Films of Balu Mahendra