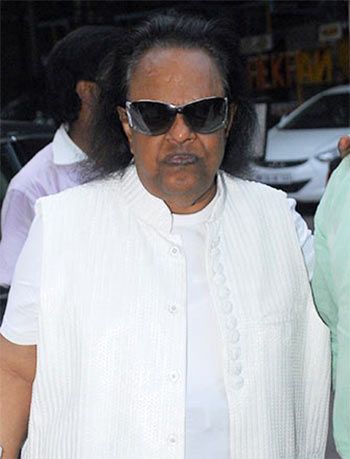 Veteran music director Ravindra Jain has been admitted to Lilavati Hospital in Mumbai following ill-health, where his condition is said to be stable.

The 71-year-old music composer is suffering from a urinary infection causing a problem in his kidney, sources said.

Jain was shifted from Wockhardt Hospital in Nagpur on October 7 to Mumbai by a chartered air ambulance for treatment at Lilavati Hospital in Bandra.

"He is in the ICU... he is on ventilator. He is on 24 hour dialysis," his brother Mahindra said.

"He is stable... his health is showing improvement. He might be there in hospital for the next two days," he said.

Jain was unwell for quite some time and he was under treatment at the Lilavati Hospital. He went to Nagpur to keep his commitment for a programme which he had planned much earlier.

He was in Nagpur for a concert on Sunday, but could not participate because of his health and was subsequently airlifted to Mumbai yesterday.

His family members, including wife Divya and brother Manindra, are by his side.

He was given a big break by Raj Kapoor, for whom he composed many super hit songs in movies such as Ram Teri Ganga Maili, Do Jasoos, and Heena, which was directed by Randhir Kapoor.

During the 1980s and 1990s, Jain widely composed music for many mythological movies and television serials.