'Rashmi is unlike any woman I know'

'It not only required physical training, but also a rigorous emotional procedure to get close to her character.' 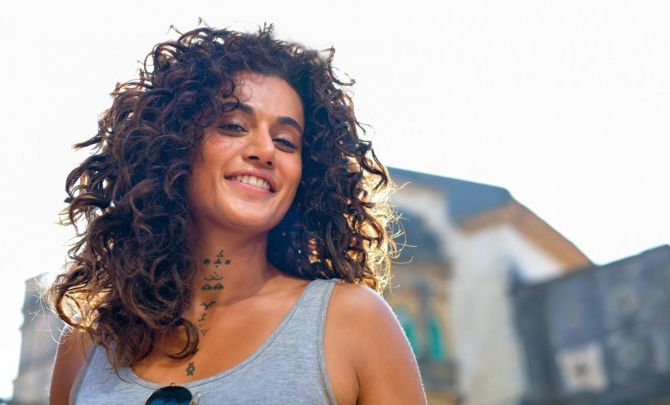 Taapsee Pannu's new film Rashmi Rocket has been getting her good reviews.

But she's had to work very hard for it.

"I used to train and shoot everyday, which would stretch my day to 15-16 hours. I had to get up at 6 am, train for two hours and then report for shooting from 9 am to 9 pm. Even my bathroom time was rushed," she tells Subhash K Jha.

You have made a habit of playing the female hero. What gravitated you towards Rashmi Rocket?

It's not really true that I gravitate only towards female hero roles.

It just happens to be that way.

It's not like I tell myself, 'Let's do this because I play the protagonist.'

It's just a snowball effect because of the kind of films I do.

If I feel the script binds me as an audience for those two hours, I do it. Rashmi Rocket is based on the controversial subject of gender tests for athletes. How much did you know about this archaic practice?

I didn't know about gender tests when I was offered Rashmi Rocket.

I had to do research.

The more research I did, the more shocked I was.

It felt so unfair to female athletes.

I love sports and athletics, but I wasn't aware of it.

It sounded so crazy to have them go through gender tests after all the struggle they already have to go through as female athletes. It bothered me.

Female athletes face many more hurdles than their male counterparts. Do you think there should be better work ethics for women in sports?

Female athletes do have to go through more difficulties, whether it is gender testing or sponsorship disparity.

Of course, things need to get better for female athletes.

The change is not in my hands but I can create an awareness through my medium.

Rashmi Rocket is not like the other underdog sports stories.

From the time we see her on screen, Rashmi is a hero. In that sense, it's not a regular athlete's story. 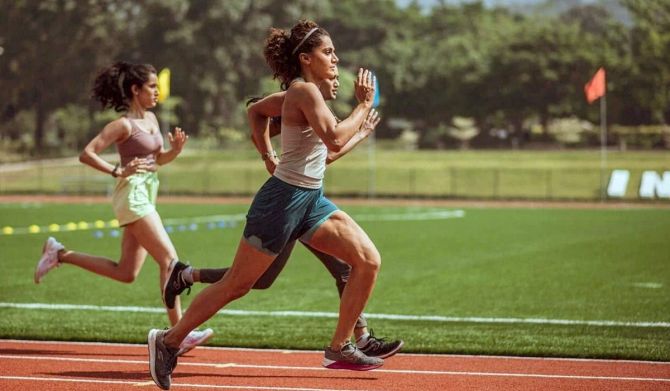 Is that what got your attention?

It wasn't like a regular film about an athlete.

It's also a film about identity.

No one should tell you whether you are woman enough -- enough by whose definition?

This film tells the audience to let the woman or for that matter, a man, live the way you want to live.

This is a major identity issue that needed to be addressed.

Playing an athlete comes naturally to you. How much preparation did this one require?

The excitement of playing an athlete takes care of the energy level in playing the part.

Having said that, the training took a lot of effort.

Every day after I finished training, I thanked my stars that it's just for a film and not for real. 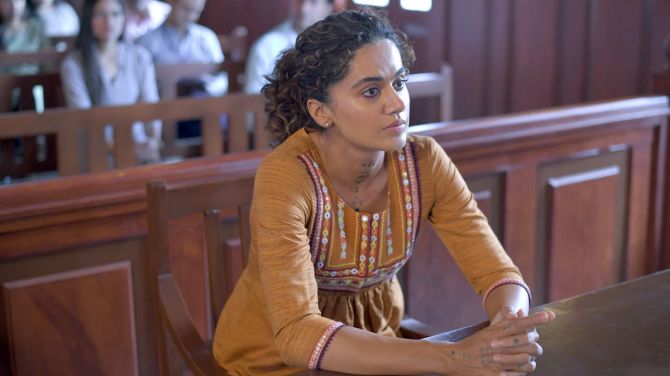 It's just so hard!

I used to train and shoot everyday, which would stretch my day to 15-16 hours.

I had to get up at 6 am, train for two hours and then report for shooting from 9 am to 9 pm.

Even my bathroom time was rushed.

This schedule went on for months.

Then came the five months of uncertainty when the first lockdown was called.

When I resumed training, we had to start from scratch because an athlete's body is not something you can maintain by working out from home.

I could write an entire book on my training tribulations for Rashmi Rocket.

Rashmi Rocket is not one athlete's story. This gender testing has been happening to female athletes time and again in India.

Kudos to Dutee Chand for fighting back.

There were others who went into oblivion.

This is not her story; beyond the gender testing, there is no similarity. How would you define this role in your career? Would you place it up there with PINK and Thappad?

This has been the hardest role of my career.

It not only required physical training, but also a rigorous emotional procedure to get close to her character.

Rashmi is unlike any woman I know.

When her gender is questioned, she starts questioning her own femininity.

Have you taken up any new offers?

I haven't signed anything new during the last few months. I already have so much on my plate.

I have three films ready for release.

I am working on Shabaash Mithu.

Then there is my own production Blurr.

You turn producer and blind in Blurr?

Yes. I've turned producer with Blurr and I play a blind girl.

It's been a very satisfying experience. I will release it next year. 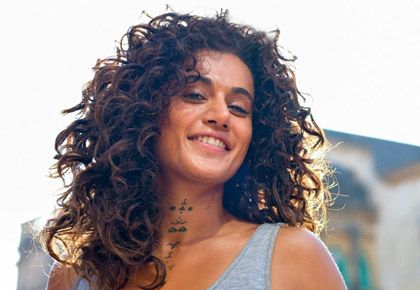