Are you looking forward to Bollywood's new love stories?

With every new movie coming up, Bollywood gives us many reasons to look forward to it.

So besides songs, dialogues, action, locales and stories, there's something else as well.

The people in it, of course!

We're going to be treated to a lot of new jodiS in the movies, and we're excited to see how their chemistry will work out.

Are you excited about Bollywood's newest jodis? Take a look and do vote for them! Even before Sara's debut film Kedarnath is complete, she has signed another project.

And it's opposite Bollywood's current flavour of the season, the man dubbed as the next superstar, no less.

Simmba is directed by Rohit Shetty and produced by Karan Johar.

Read more about the film here. Varun and Katrina are terrific dancers, and it will be a treat to watch them in Remo D'Souza's mega dance drama.

Do you know what happened when they first met? Read about it here!

It's going to be a long wait for this film though. It's scheduled to release on November 8, 2019. 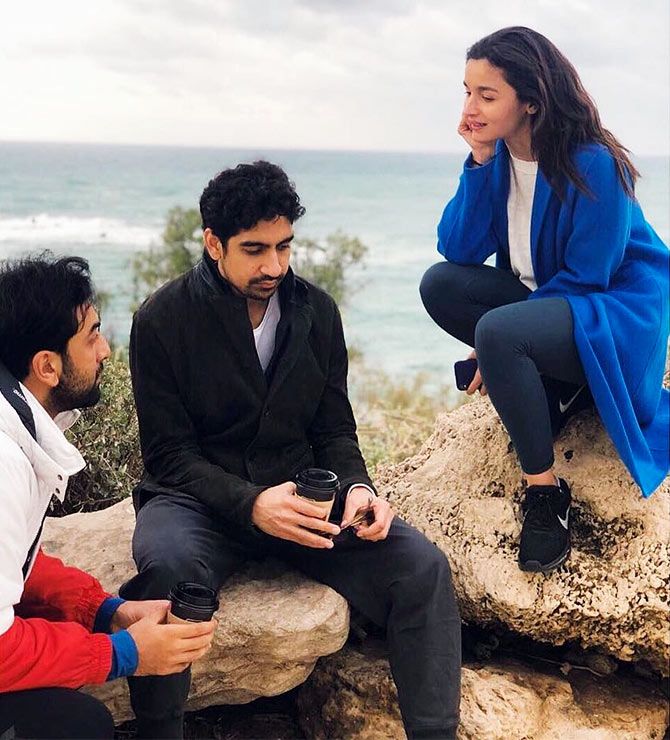 Ayan Mukerji's superhero film is being shot in Bulgaria (we bring you behind-the-scenes pix here).

Alia and Ranbir get together for the first time. Plus, a certain Amitabh Bachchan also features in the cast. We love Alia and Ranveer in the Make My Trip ads. Now, we can watch them in a film.

Directed by Zoya Akhtar, it is based on Mumbai's street rappers. Varun plays a tailor, and we do think they've got the look right.

Produced by Yash Raj Films, it releases on September 28. The love story releases on September 7. The film went through its share of problems after 'Gattu' briefly fell out with his producers, KriArj Entertainment.

Everything seems on track now, and the film will release on December 21. We told you all about Aisha Sharma, who will make her debut opposite John in Milap Zaveri's SMJ.

A dark thriller, it also stars Manoj Bajpayee and is produced by Nikkhil Advani and Bhushan Kumar.

The release date is yet to be announced. Alia and Vicky come together for Meghna Gulzar's Raazi.

Reportedly based on Harinder Sikka's novel, Calling Sehmat -- the tale of a Kashmiri girl married to a Pakistani army officer set against the 1971 War -- it has been shot in Kashmir.

Alia shared some amazing pix from the valley.

Produced by Dharma and Junglee Pictures, the thriller releases on May 11. Sushant and Jacqueline's Drive is reportedly the first of three installments of a new movie series.

Directed by Tarun Mansukhani, produced by Dharma, it releases on September 7. Based on the life of hockey artiste Sandeep Singh, Soorma has Diljit take on the central role. Taapsee plays his love interest.

You can read about an afternoon on Diljit Dosanjh's Soorma set here.

Directed by Shaad Ali and produced by Sony Pictures, Soorma releases on June 29. The first time Dishu and Tigga come together for a film. They worked together in a single, Befikra.

The rumoured couple will be seen in the sequel to Baaghi, produced by Sajid Nadiadwala.

Directed by Ahmed Khan, the film is in the news for its remixed version of Madhuri Dixit's iconic song, Ek Do Teen, picturised on Jacqueline Fernandez.