Raima: My grandmother Suchitra Sen's last wish was to see me get married 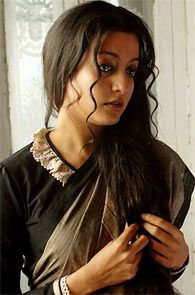 Raima Sen comes out of her grief to tell us what grandmother Suchitra Sen’s death means to the family and to cinema.

Days after the death of her grandmother -- the legendary Suchitra Sen -- Raima Sen is confused about her feelings of grief and guilt.

“Why am I feeling so empty and guilty? I think I should have spent more time with my grandmom. My mother (Moon Moon Sen), my sister (Riya Sen) and I are the only family she had, the only people she wanted to connect with. We felt responsible towards her. It’s a terrible loss.”

Recalling Sen’s last days, Raima says, “She was conscious of her condition in hospital. But none of us thought she would go away. Her health didn’t seem so bad. She was chatting, asking about how her home was doing in her absence...We would bring her ghar ka khana in the hospital. She would eat it cautiously. She ate the hospital food as well.”

“I really don’t know what my mother will do without my grandmother now. They were one another’s universe. To my mother, her mother mattered the most. They have always been together. Riya and I have our lives but for our mom, her mother was her universe.”

Raima admits Suchitra Sen and Moon Moon Sen were very different from one another. “It’s very surprising how different they were and yet they understood one another completely. My grandmother and mother were best friends. It was very difficult for my grandmother when my mother got married and moved out of her home and had her own family.”

Raima has been living in Kolkata attending to the ailing Suchitra Sen for more than a month and says the flow of guests has given the family little time to grieve.

“After the cremation, there has been an incessant flow of guests to the house. It’s only now that I realise what my grandmother meant for the people of Bengal. Instead of dealing with our grief, we are coping with the flow of visitors. The enormity of the loss hasn’t really begun to sink in. It will happen when we are alone.”

In her childhood, she knew nothing about the legendary aura surrounding her grandmother. “When Riya and I were kids, grandma had already given up films and public life. So we only knew her as our grandmother and not as this iconic star until the time we became actresses ourselves. It was only then that we realised what a huge reputation our grandmother had.”

Suchitra Sen lived a retired and secluded life after she left films. “She took a decision to stay out of public view and she stuck to it. It’s easy to withdraw from the limelight, but difficult to resist coming back to it. After some time, the retired celebrity begins to miss the attention, the work and trappings of stardom. Not my Grandmother. Once she made up her mind, she stayed away.”

Suchitra Sen may have remained secluded from the public, but she was accessible to her granddaughters. “When Riya and I were kids, she took us shopping and boating. She would come home, or we would go to hers. But she never cooked for me. Neither does my mother. But we would have lunch together. I’d miss my lunches with my grandmother.”

Raima’s resemblance to her incandescent grandmother has often been noted. “When I came into the industry, everyone would look at me in that funny way as if they were not seeing me but someone else,” says Raima.

“When I was doing my first film, Godmother, I’d be told to look into the camera in a certain way. It took me a while to realise they were seeing my grandmother in me. They loved me because I looked like her. It took me a long time to get out of her shadow. After Rituda’s Chokher Bali, the comparisons stopped.”

Suchitra Sen didn’t watch too many films, not even Raima’s.

“But she did watch me in Annirudh Roy Chowdhary’s Anuranan. She had never watched any film of mine before that. After Anuranan, she wanted to see more of my films. I gave her Rituda’s Nauka Dubi. She liked that too.

“As for me, I think she was awesome in all her films, especially Saat Pake Bandha, Uttar Phalguni, Mamta, Aandhi and Dweep Jwale Jaye...Her screen presence is unmatchable, at least in Bengali cinema.”

Raima says Rituparno Ghosh wanted to make a film on Suchitra Sen with her in the lead. “The only director I would have trusted to make a film on my grandmother is Rituda. Now, no chance! Two people, who were very close to my heart, are gone within a year,” she laments.

The turnout at Suchitra Sen’s cremation was huge. “Not even the biggest stars would get the kind of send-off that my grandmom got from her fans. And this, in spite of the fact that she hadn’t been seen on screen for 40 years. People came out on the road with their hands folded to say goodbye to someone they will never stop loving. They threw wreaths and said prayers for her. This was not a normal farewell.”

Suchitra Sen remained private even in death. “The family made sure she remained undisclosed to public view even after her death. We had to respect her privacy,” Raima says.

It’s difficult for a granddaughter to think of her grandmother as a glamorous star. “I look at her black-and-white pictures and think that young beautiful woman resembles my grandmother. But I can’t connect that lovely star with my lovely grandmother."

This is the first time Raima has lost someone so close to her. “And I am stricken with guilt and regret. It’s going to take long to heal. Should I have spent more time with my grandmother? I guess the time you get with those you love is never enough. Thank God I wasn’t somewhere else when she went. Her last wish was to see me get married. I want her wish for me to come true.”
Subhash K Jha in Patna
Related News: Raima Sen, Rituda, Moon Moon Sen, Anuranan, Annirudh Roy Chowdhary
COMMENT
Print this article 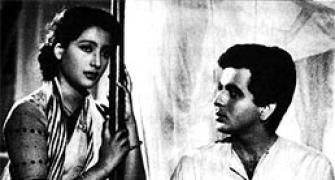 'Suchitra Sen was the perfect Paro' 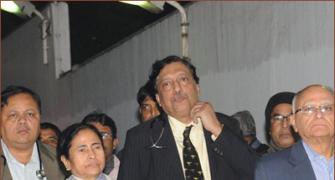 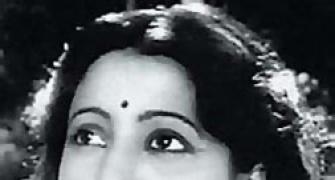 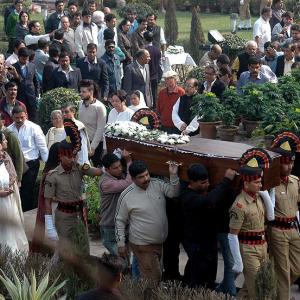 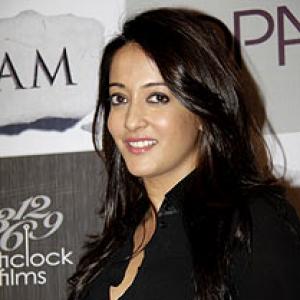