The best and the worst of Bollywood fashion.

We love seeing the celebrities on the big screen and we equally love spotting them at various events, movie screenings and casual outings.

Celebrities work hard to look good on screen as well as when they step out.

They usually get it right, but then, they have their bad fashion days as well, like the rest of us.

As September comes to an end, we look back at Bollywood's best and worst fashion moments. 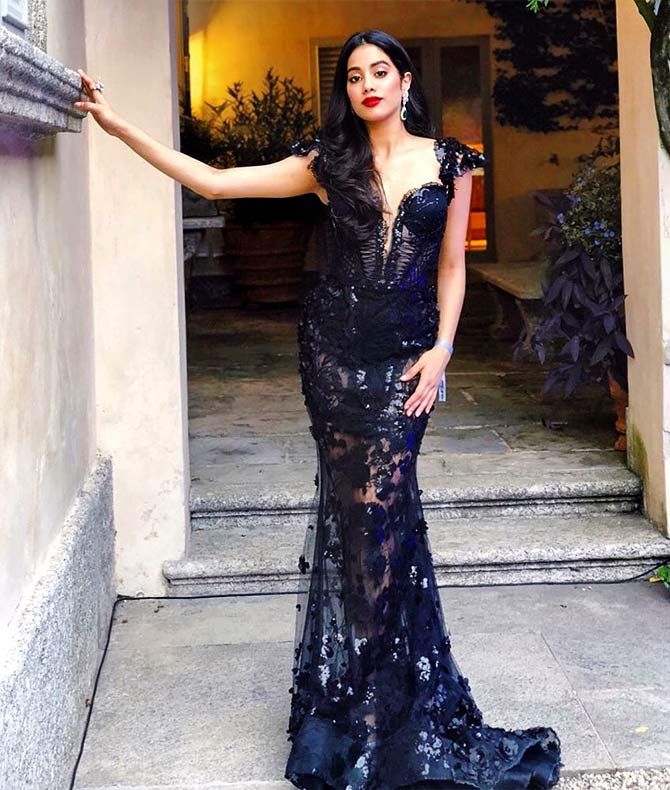 Janhvi was an absolute stunner in a black lace mermaid gown at Isha Ambani and Anand Piramal's engagement in Lake Como, Italy. 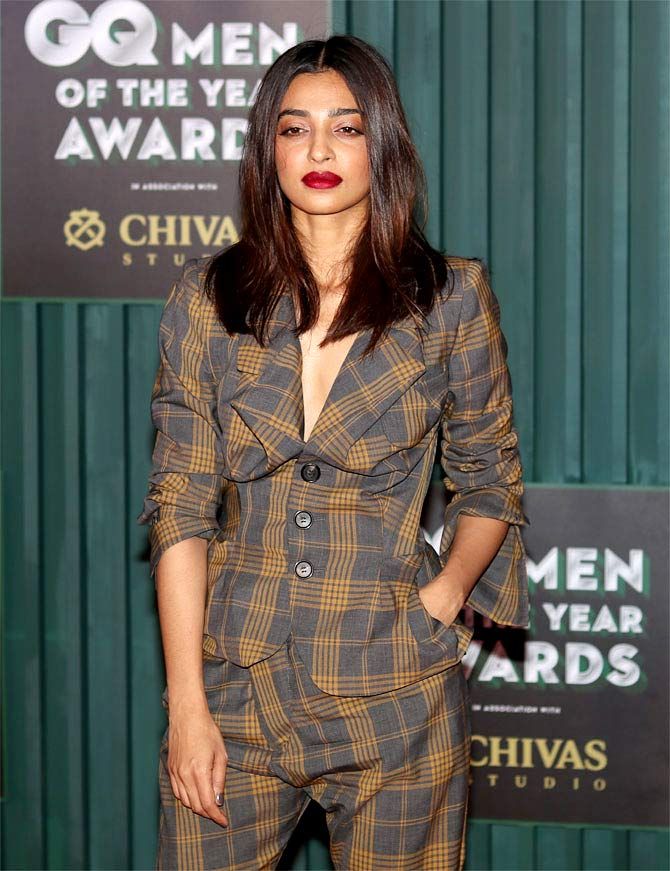 Radhika slayed it in chequered separates at the GQ Men of the Year Awards.

Her hair and red lips complements her look so well. 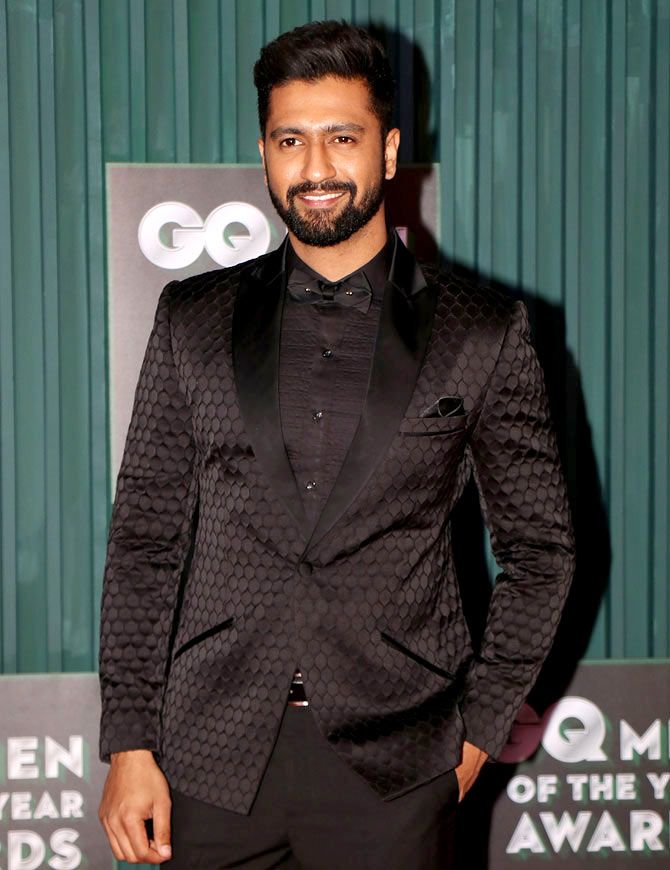 Apart from his films, Vicky's fashion game is going strong too! At the GQ Men of the Year Awards, the handsome actor wore all-black and we LOVED it!

His smile was the icing on the cake. 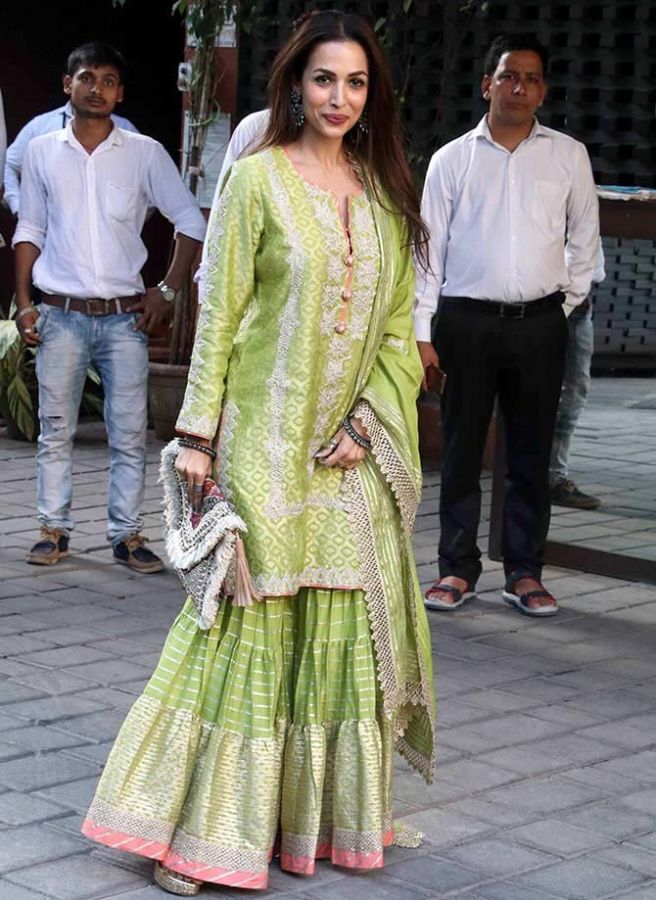 Indian festivals give us an opportunity to wear our best traditional outfits, and Malaika made the most of it on Ganesh Chaturthi.

You can take some inspiration from this outfit for a friend's sangeet or reception! Not everyone can carry off a white outfit gracefully but Huma does a good job at the GQ Men of the Year Awards. 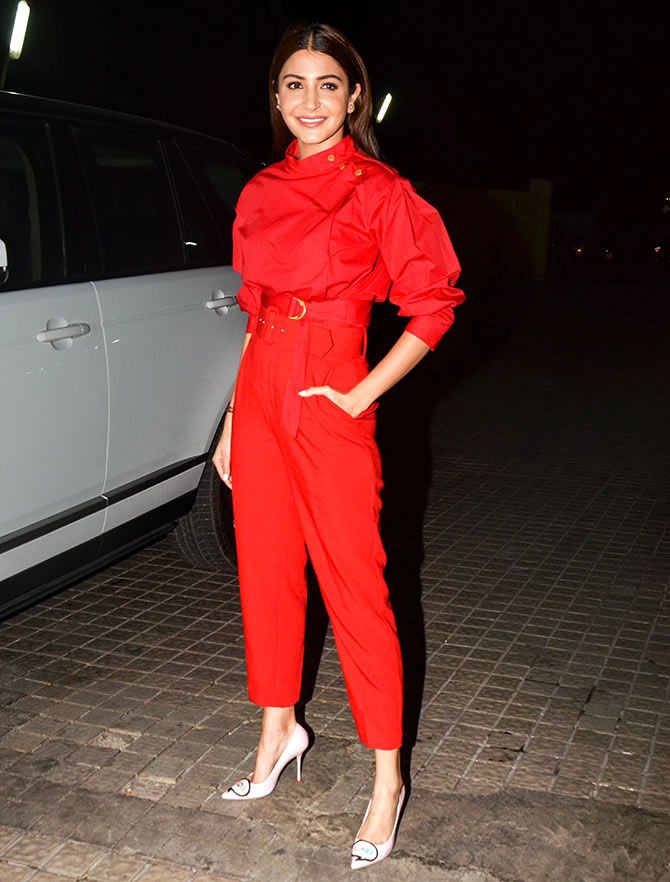 Anushka stood out in a bright red jumpsuit for the Sui Dhaaga screening.

She matched her outfit with white stilettos, a winning combo. 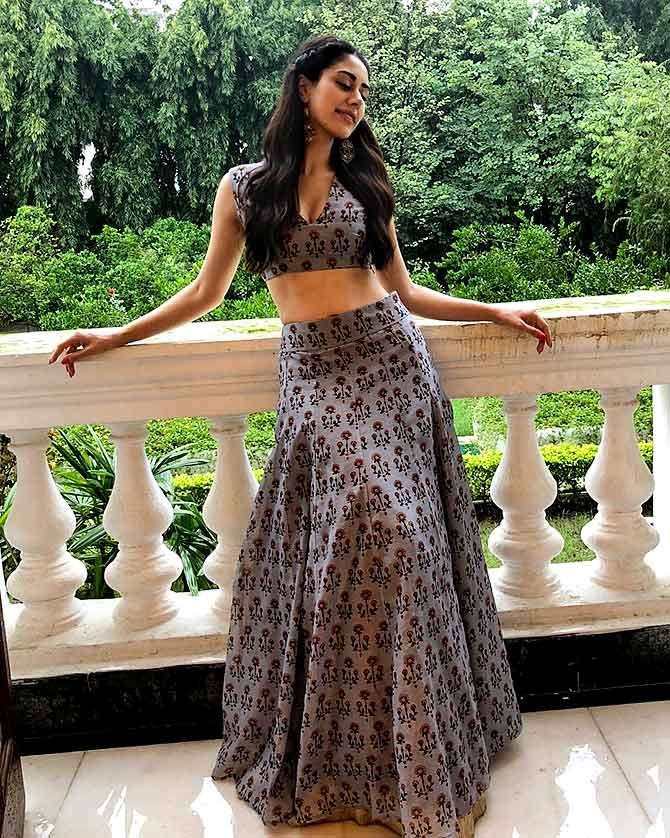 The debutante is traveling all over India to promote LoveYatri, upping her fashion game with each appearance.

For her Lucknow promotions, Warina opted for a same print crop top and flared skirt.

Her look was simple, elegant, awesome! 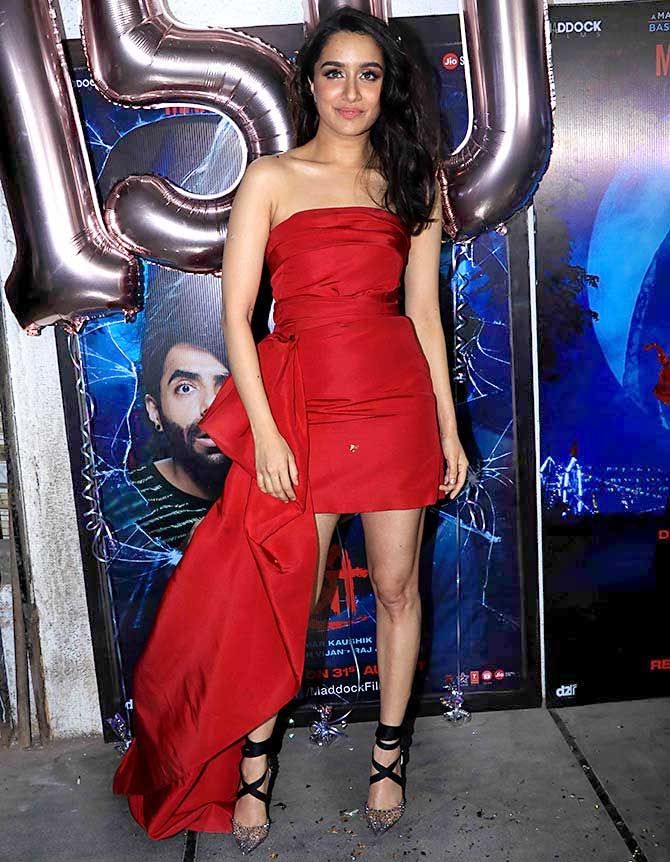 Her red tube dress was different from the usual. 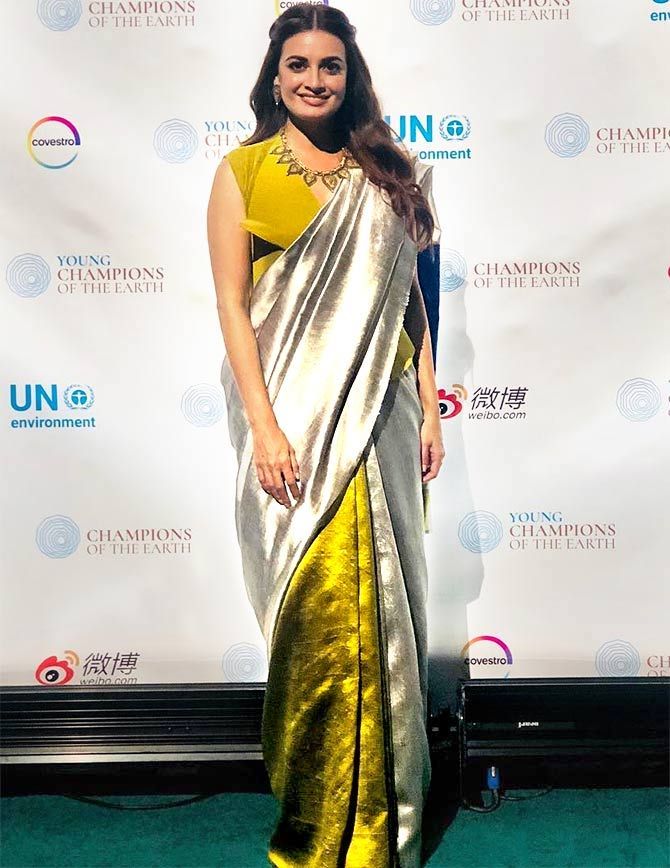 Dia hosted the Champions of the Earth Awards in New York and wore a sari for the event. 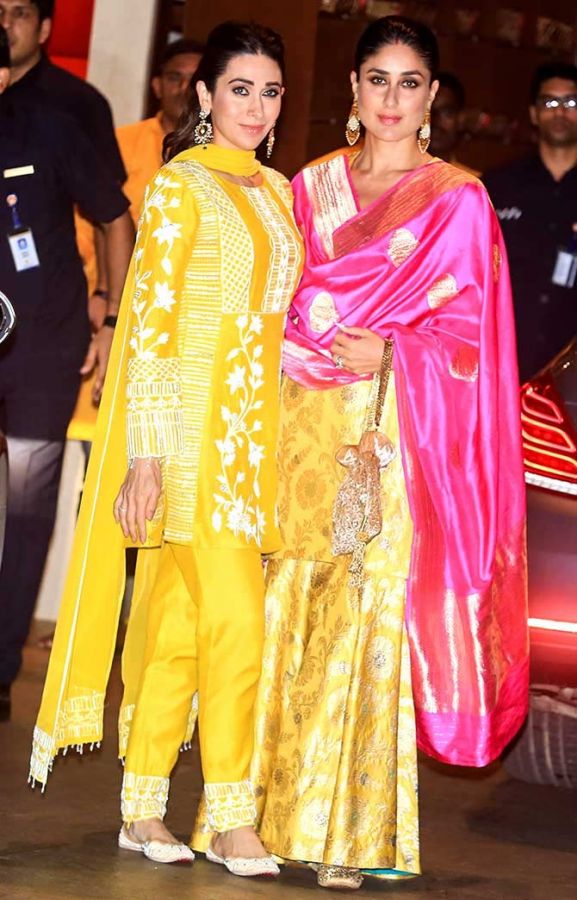 The Kapoor sisters have always impressed us with their dress sense.

They were twinning in yellow when they visited the Ambani home for Ganpati. 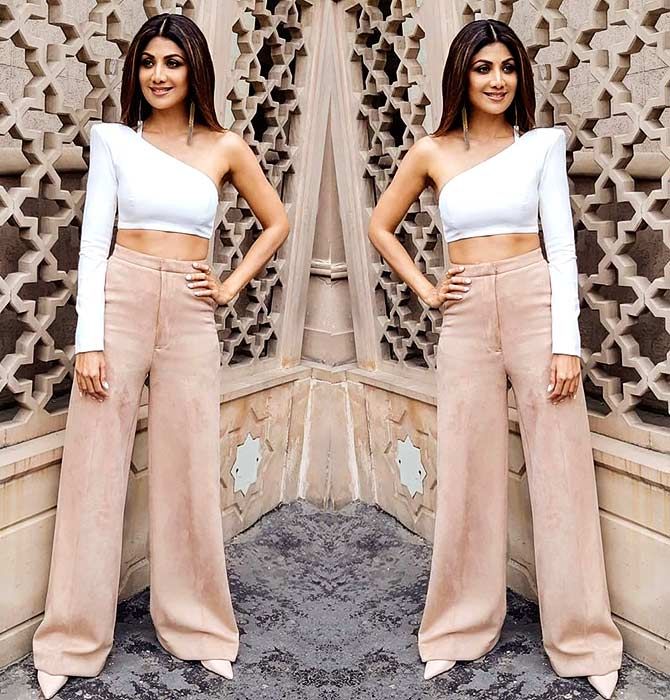 Shilpa wore a white one-shoulder white crop top and paired it with beige wide trousers for the trailer launch of her new Web series, Hear Me Love Me. 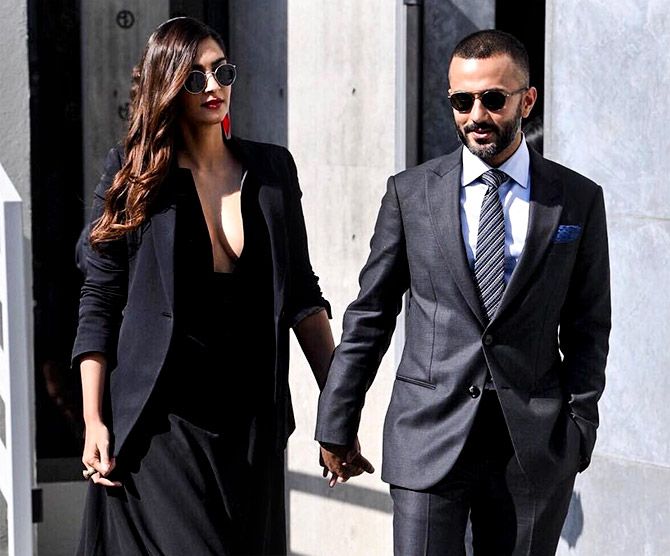 Mr and Mrs Ahuja complemented each other in black at Milan Fashion Week's Armani show.

Looks like the fashionista has found the perfect match in Anand! 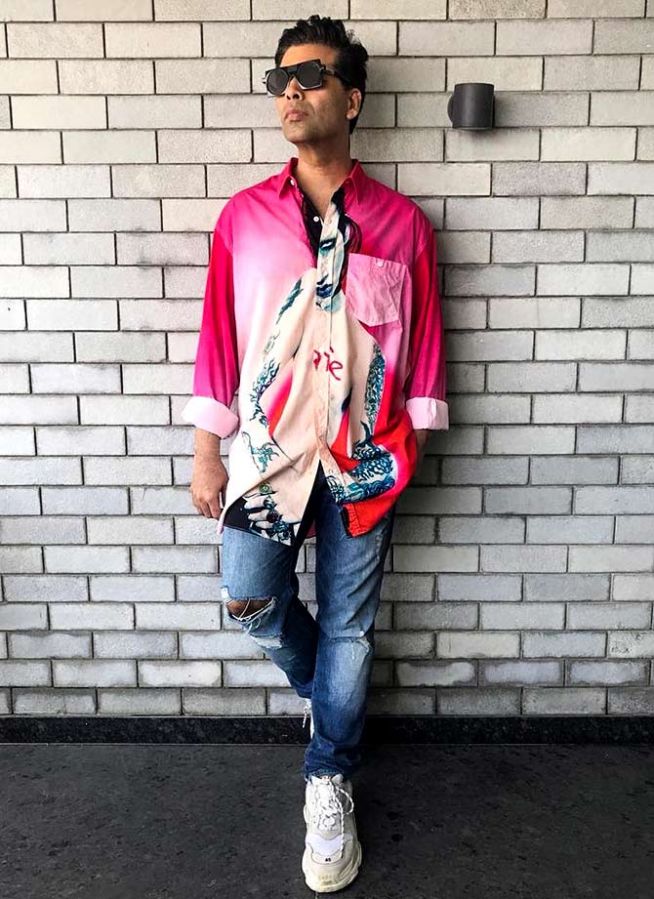 What's yup with KJo's style these days? They are getting B-I-Z-A-R-R-E! 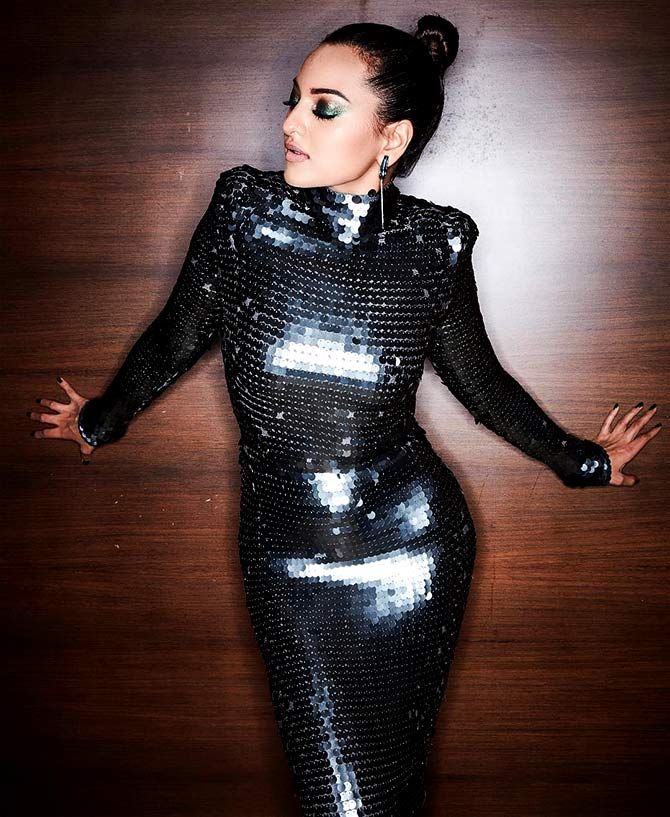 Sonakshi's 'time to shine' made us reach for our shades.

The jazzy outfit went Overboard, but we like the makeup. 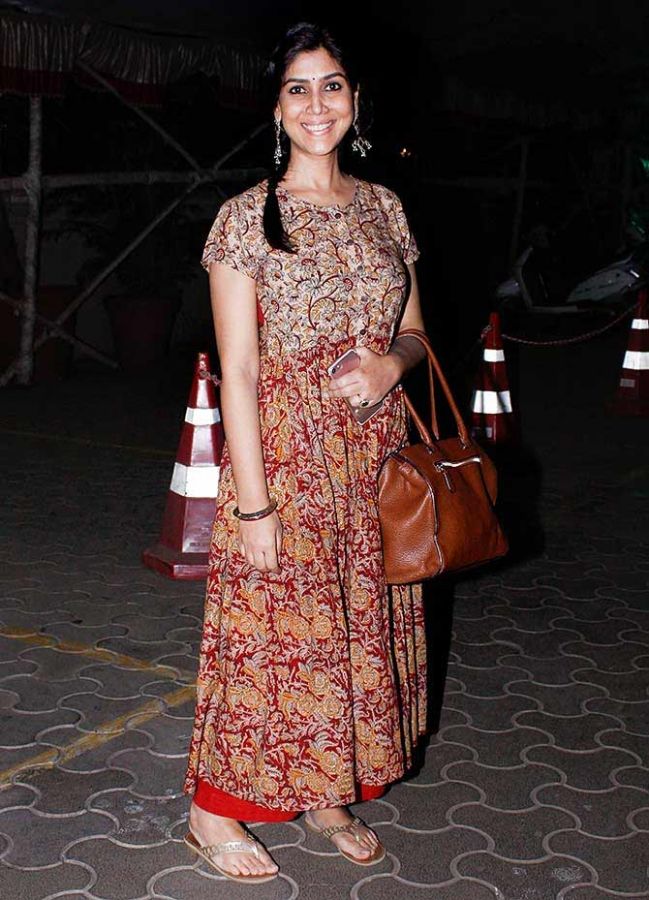 It looks comfortable, but so under-dressed. 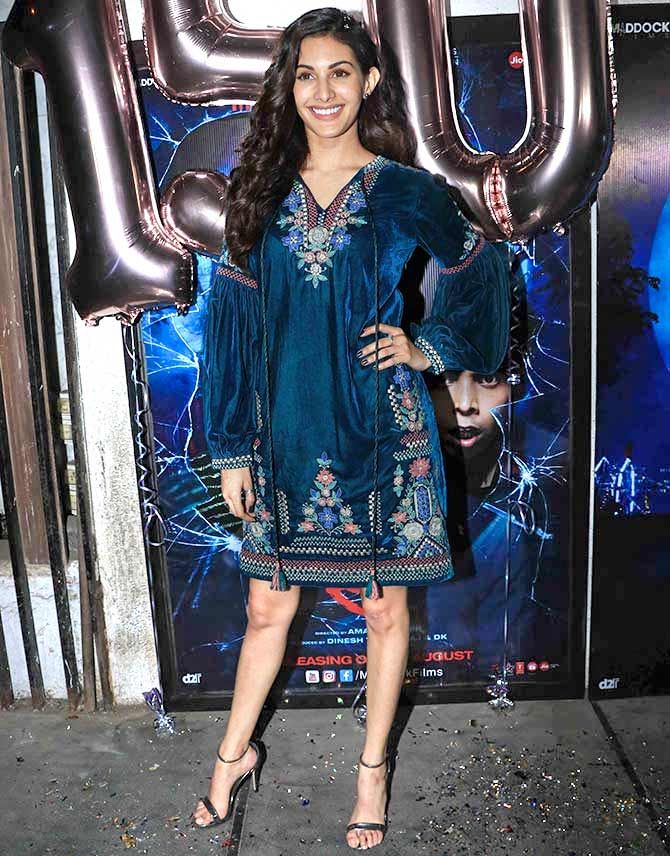 Amyra put on a blue short dress with bell sleeves for the Stree screening.

The velvet dress looked ill-fitted and Amyra blended right with the poster. 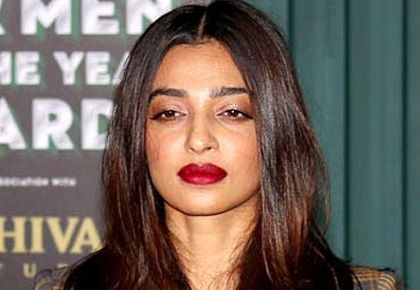 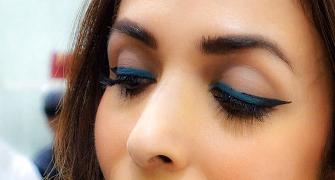 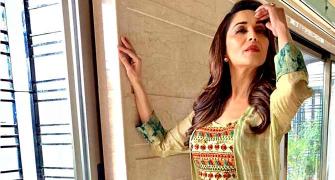 Ab-licious! Madhuri shows a hint of her toned abs 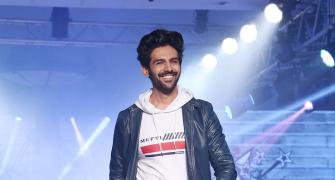 Watch out ladies! Heartthrob Kartik Aaryan is here to woo you 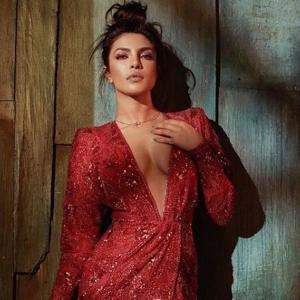 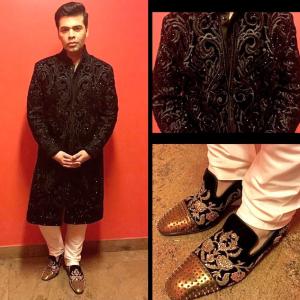